Home
»
Book Reviews
»
Nonfiction
»
Notes on the State of Virginia: Journey to the Center of an American Document, Queries IV and V 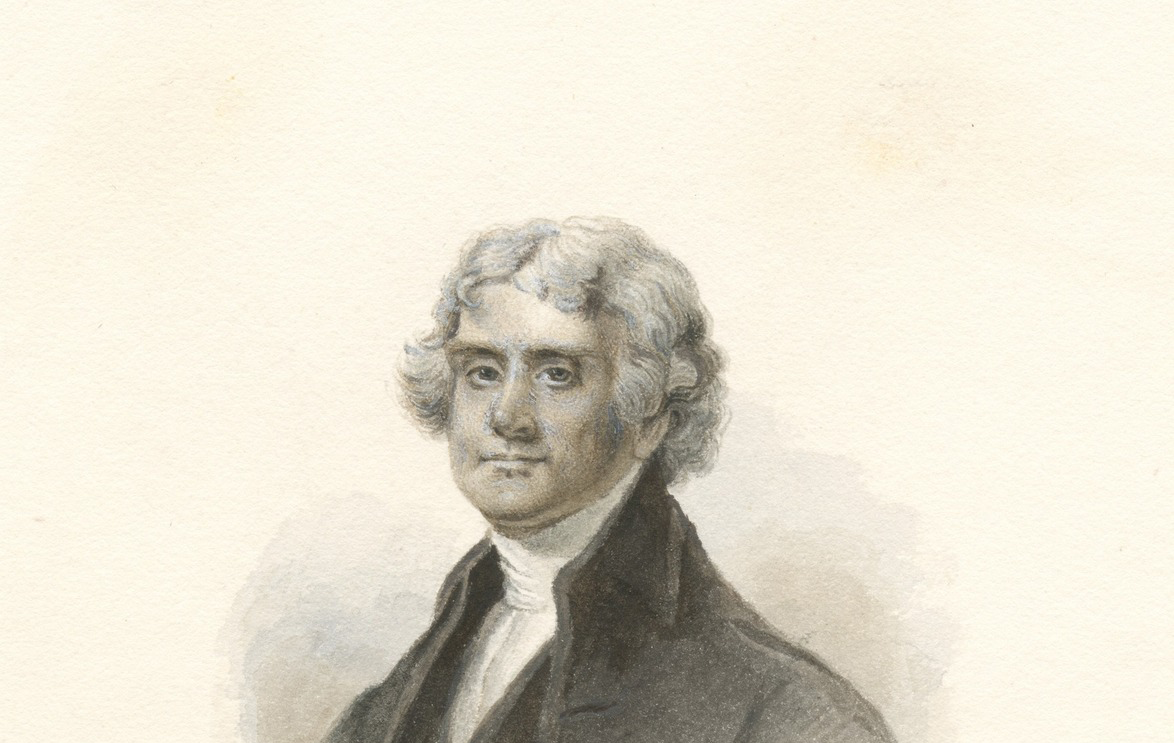 This is the third installment of a year-long journey through Thomas Jefferson’s Notes on the State of Virginia. You can read previous installments here and here.

**
Query IV: A notice of its mountains
Query V: Its cascades and caverns

I walked into Queries IV and V thinking Jefferson would use these sections to acknowledge the changeability of Virginia’s natural landscape, the dramatic variations of terrain that make it both beautiful and dangerous to traverse. I thought I’d compare Jefferson’s celebration of Virginia’s wild places to the notion of surprise in poetry, or maybe to resistance—that sense that the poem is getting lost somewhere in the middle, and you, the poet, have to invent a light (or a hatchet) to make your way through the draft.

I should have known better.

Jefferson likes order, he likes design. In Notes, he isn’t really looking for a surprise around the next riverbend. It must, therefore, have been empowering for him to gaze upon the whole of Virginia with the aid of his father’s 1753 map. From that vantage point, even the rugged peaks of the Appalachians coalesce into a kind of symmetry, each ridge emerging with the regularity of an étoile pattern embroidered onto the land. Jefferson opens Query IV by referring to the Jefferson-Fry map, remarking with no small hint of pride:

[O]ur mountains are not solitary and scattered confusedly over the face of the country; but… they commence at about 150 miles from the sea-coast, are disposed in ridges one behind another, running nearly parallel with the sea-coast, though rather approaching it as they advance north-eastwardly.

Note that Virginia’s mountains don’t just erupt across the landscape; they commence, they run and advance, like a trill of composed music, following the general line of the “sea-coast.” One of the most kinetic passages of Notes occurs in this query, as Jefferson describes “the passage of the Patowmac through the Blue Ridge” as “one of the most stupendous scenes in nature.” He narrates the action in second person, a rhetorical move that entices the reader to join Jefferson at his lofty observation post. “You stand on a very high point of land,” he begins, and under Jefferson’s gaze, the whole of Virginia becomes that proverbial “high point,” the place where nature, philosophy, and government will coalesce into a vision of democracy that will sweep the continent.

Having transported the reader with his commanding use of second person, Jefferson now transitions to a third person plural that is, somehow, both chummy and oracular. The “stupendous scene” of convergence between the Shenandoah and the Potomac “rushing against the mountain” in their race to the sea gives rise to an epiphany, of sorts:

The first glance of this scene hurries our senses into the opinion, that this earth has been created in time, that the mountains were formed first, that the rivers began to flow afterwards, that in this place particularly they have been dammed up by the Blue ridge of mountains, and have formed an ocean which filled the whole valley; that continuing to rise they have at length broken over at this spot, and have torn the mountain down from its summit to its base.

Even in his seemingly spontaneous flashes of insight, Jefferson is meticulous. While a Romantic poet, writing this same scene some thirty years after Notes, might swoon over the sensory extravagance of the rushing water, the high mountains pounded by the current, and the seemingly endless blue-green waves of “advancing” mountain ridges, Jefferson pulls back from sentiment to articulate an informed “opinion.” He wants to talk about time, to speculate about which elements of Virginia’s geography were created first. In his mind, the mountains had to precede everything. Without them, the rivers would have had nothing to test themselves against, nothing to break.

In Query V, Jefferson allows himself a brief moment to delight in the vertiginous extremity of Natural Bridge, an immense limestone arch carved, over centuries, by a tributary of the James River. He describes the “violent head ach” caused by peering down from the top of the arch, and continues:

If the view from the top be painful and intolerable, that from below is delightful in an equal extreme. It is impossible for the emotions arising from the sublime, to be felt beyond what they are here: so beautiful an arch, so elevated, so light, and springing as it were up to heaven, the rapture of the spectator is really indescribable! The fissure continuing narrow, deep, and streight for a considerable distance above and below the bridge, opens a short but very pleasing view of the North mountain on one side, and Blue ridge on the other, at the distance each of them of about five miles.

This passage, too, displays Jefferson’s attraction to symmetry. The reader must understand that the view from the top of Natural Bridge exists in “equal extreme” to the view from below. The impossibility of describing “the emotions arising from the sublime” view of Natural Bridge parallels the outsized dimensions of the arch itself. And just as the emotion of delight “arise[s]” for Jefferson, the arch “spring[s]…up to heaven,” that realm where everything exists in perfect balance. The moment concludes with parallel views of “North mountain on one side, and Blue ridge on the other,” and even these mountain ranges appear equidistant from the arch. Natural Bridge, like Jefferson’s prose, links the whole Commonwealth together into a unified vision. No single mountain, waterfall, or cavern can strike a note grander than the whole composition.

Poems are landscapes, too. And like the Blue Ridge, a poem is created in time, with the force of the poet’s imagination carving ledges, apertures, and striations into the continuous field of language. I started reading Queries IV and V hoping for surprises, but now I’m thinking about how poets effect balance and control in their work. Certainly, choosing a traditional form, like the sonnet or the cento, gives you one kind of vision. You can stand “on the very high point” of the sonnet’s beginning and know that your poem must take a “turn,” or reveal its secret heart, at line 13. But there is balance, there is symmetry, in free-verse poems, as well. In fact, every poem is symmetrical at its heart, because every poem must end. Just as a poem begins with the urgency of the poet—that I can’t keep silent feeling—the poem must end in a way that serves that igniting urgency. By paying attention to beginnings and endings, poets enact a compositional symmetry that brings the poem into time.