Home
»
Book Reviews
»
Nonfiction
»
NOTES ON THE STATE OF VIRGINIA: Journey to the Center of an American Document 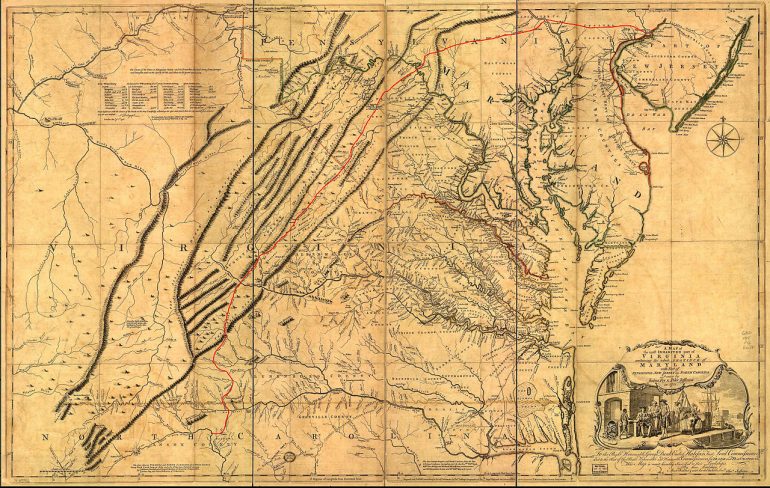 This is the start of a monthly journey through Thomas Jefferson’s Notes on the State of Virginia. I’ve loved this book for many years. It’s scholarly and luminous, unfolding a rich lexicon. Open its pages and whole rivers, chunks of amethyst, living birds, and secret mammoth skeletons tumble forth. This is the realm where Jefferson dreams his dreams. His Virginia is a body of milk and math, bounded by cartographer’s ink and by principles of republican government. In my journal, I write:

But when Jefferson dreams   he
does not dream of me

I’m an American poet of mixed European and Afro-Virginian heritage. Some of my ancestors hailed from Louisa, a community adjacent to Jefferson’s home in Albemarle County. Because I come from a long line of free and enslaved Virginians, and because I’m an alumna of the University he founded, Jefferson haunts my intellectual and artistic life. He’s the shadow I can’t quite catch, a mean glint in the mirror. He wouldn’t have approved of my writing. In Notes, he declares:

Misery is often the parent of the most affecting touches in poetry. Among the blacks is misery enough, God knows, but no poetry.

Nevertheless, I keep going back to Notes. Maybe I want Jefferson’s blessing. Or perhaps I seek some evidence of my future poet-self seeded there, in his vision for America. I want to find, in Jefferson’s writing, a comradeship-in-language that I and other contemporary American poets might share (aren’t we dreaming, like him?). While Jefferson didn’t conceive of Notes as a literary work, I perceive an ecstatic poetic sensibility within it. Reading this book nourishes my heart. It hurts, too.

Query I: An exact description of the limits and boundaries of the State of Virginia

Jefferson’s praise-song to Virginia begins with a line. Most of the first paragraph of Query I is a single sentence, set off with semicolons, as Jefferson traces the cartographical boundaries dividing Virginia from Maryland, Maryland from Pennsylvania, and the Algonquin town of Cinquac from the mouth of the Potomac River. From Jefferson’s prose, the physical shape of Virginia as it was in the 1780s emerges before us:

Within the space demarcated by these lines, Jefferson and his contemporaries will set up their experiment in New World democracy. It’s also the place where they will perfect a legal system that keeps countless African Americans—including my Virginia ancestors—in perpetual bondage.

In most poetry, the line is generally accepted as the operational unit of meaning. We distinguish traditional forms, like sonnets and villanelles, by means of their differing numbers of lines. Like Jefferson’s map of Virginia, a poetic line makes room for everything we may perform in a poem: syntax, rhyme, metrical patterning, image. But a line of poetry is more than a fixed container; it’s a musical system that transmits the poet’s intentions to the reader’s mind. In The Art of the Poetic Line, James Longenbach notes

when a poet creates a relationship between the syntax and the lines of her poems, she is trying to organize the language on the page so that it corresponds to what she hears in her head. … Then, once the poem is finished, its sounds are re-created in the mind of the reader, and the relationship between line and syntax is one of the primary means through which this sonic information is transmitted.

Reading Notes reveals that the boundaries of Jefferson’s Virginia are just as rooted in language as the lines of any poem. He concludes “Query I” by citing the royal charters, land grants, and treaties that articulate the geographical limits of the Commonwealth. Such documents are designed to enact the will of the claimants, and language is the vehicle by which the abstraction of human will becomes concrete, present in the landscape. When my husband and I bought our first home last year, we listened to the closing attorney read aloud from the long document of sale. Only after we’d heard the whole agreement were we permitted to sign the papers and collect our keys from the seller. The house we purchased is in Louisville, Kentucky, a region that formed part of Virginia during the period that then-retiring Governor Jefferson drafted his Notes.

One of the most exciting technicians of the contemporary poetic line is Shane McCrae, whose four books have garnered wide acclaim in the poetry world. The poems of his 2011 debut, Mule, develop a kind of shattered pentameter punctuated by typographical slashes and deep caesuras. The work contemplates, in part, the sometimes contradictory awarenesses that accompany mixed-race American cultural identity (the word “mulatto” derives from “mule”). I wish I could show Jefferson the concluding lines of McCrae’s poem, “After the Diagnosis.” Though the subject matter is personal in scope—the “diagnosis” concerns a child’s autism—McCrae’s lines articulate the nature of interior subjectivity as a cartographical landscape marked by fracture:

The eastern boundary of Virginia is the edge of the North American continent. After that: the open sea. The Atlantic World is a vast page upon which many painful histories are written. We write our dreams here, too, in lines of commerce, law, poetry, and cultural exchange. When I read Jefferson’s Notes, I try to trace the silent passages my ancestors walked across the eighteenth-century landscape he preserves in ink. The legacies of that early American world are still evident in the audaciousness of our nation’s scientific and artistic achievements and in the darkness of our persistent social inequality. As a poet of Afro-Virginian heritage, I walk the line.