Home
»
Reading
»
Nothing but Time: On the Effects of Reading Meg Wolitzer 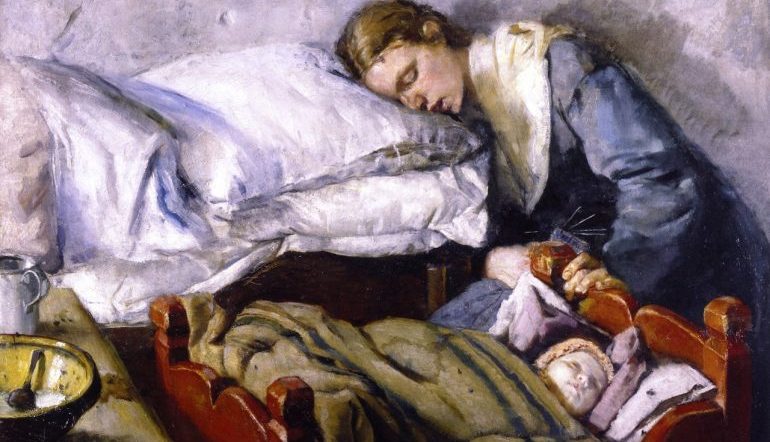 “Aren’t you tired?” my husband asked one night when, rather than going straight to sleep, I turned on my bedside lamp and cracked open Meg Wolitzer’s The Ten-Year Nap.

“Exhausted,” I admitted. “But I have to keep reading. It can’t all just be baby, baby, baby all the time. I can’t forget about myself.”

But three pages in, I shut the book and turned to him. “Maybe this wasn’t such a good idea.”

It wasn’t sleepiness that deterred me, and certainly not bad writing. It was the fact that in those three pages the book had promptly introduced me to its premise and protagonists: all-consuming motherhood, and mothers who devoted themselves fully to their babies only to wake up one day and realize that their babies were now ten-year-olds, who no longer needed them quite so helplessly.

I’ve never been a wuss when it comes to reading material. I’d say I’m more of a masochist reader—I like it when a book makes me bleed. But the ups and downs of motherhood had taught me to self-regulate with what I consume, so perhaps a book about how babies hijack women’s time and minds wasn’t the best choice for a week when the only thing I could get done was prepare to nap train.

For most of my adulthood, I’ve had a fear of life passing me by. I felt that I had floated around for too long and that if I didn’t grab the bull by its horns and live magnificently, I would miss it. While having a child could certainly be considered living life to one of its fullest possibilities, this inherent fear was one of the reasons I’d always been ambivalent about motherhood. They say life is short and fleeting, and nothing warps and wastes time quite like caring for a small child. Between naps, meals, and meltdowns, the day either goes by too fast, or it goes by so mind-numbingly slow that any kind of stimulating speed becomes impossible.

Attempting to do a simultaneous full-time mother and self-employed writer and translator gig, it was sometimes hard to say which was stronger: my need for a regular income, or my need to do something that had nothing to do with my son. I held strong to my laptop keyboard even as he tried to play with it like a cat. Which isn’t to say that I didn’t long to spend more time with him. When I got busy with work or errands, or even when family or friends were around and he was off my hands for a stretch, I craved nothing but time spent together, and this time felt like an investment in our relationship, and a gift to both of us. Work was the thing that kept me sane and functional and made the day pass with moderate speed, but it also seemed like an immense waste of my time on this planet when compared to being with my son. I say this even as my eyes continue to draw to the screen for another hit of that thinking feeling, while he pulls at my pant leg for attention.

And so the thought that I might one day realize I’d overstayed my welcome, so to speak, was frightening. With the exception of one character, who had experienced trouble completing her dissertation and found solace in full-time motherhood, the women in Meg Wolitzer’s book had all held careers with varying degrees of income and success before choosing to give up their positions and stay home with their babies after maternity leave was over. Ten years in, some of them are happy with their choice and have no desire to ever return to the workplace, while others feel cheated out of self-fulfillment. They’d all given up something in order to be present where they felt most necessary and important, but now they had to wonder: did they matter anymore?

I ended up sticking with the book and I’m glad I did. Wolitzer is a great writer and the book is an intricate weave of women’s lives, traveling back and forth in time to follow the protagonists’ mothers, heroines, and role models, and forming a large scale, complex, yet deeply intimate mosaic of women in America. There are so many imaginative moments (my favorite was when a 1970s Canadian feminist looks into a woman’s vagina at a group meeting and sees the future) as well as scenes that sparked interesting discussions among my friends and I (for example, the one in which a mother breastfeeds another woman’s baby without permission. Wolitzer writes, “They didn’t understand it, exactly, but they knew it was as bad as if Joanne had returned to the table and found another woman giving a blowjob to Joanne’s husband.”)

Reading it, I felt slightly envious of these women who—now that their children were older and had lives of their own—had some time to breathe, eat breakfast together, and take care of their families without feeling resentful about it. But at the same time I also sighed with relief: I work. I have something that’s mine alone, and nobody expects me to give it up. Then I paused. What about the things I did give up?

I see no merit in gratuitous self-sacrifice. When I was pregnant, I knew I would never let myself fall into that trap mothers face, of feeling guilty for taking care of themselves. My favorite parenting adage is “Happy mother, happy baby.” What good would I be to anyone if I didn’t take care of myself? And how would my suffering benefit my family? When my baby was born I made sure to rest, eat, shower, and get some fresh air as often as I could. I did not feel bad about leaving the house without him from time to time.

But as my child got older and we fell into a routine, and as exhaustion built up, it became increasingly hard to exercise unless I could do it with him, or to remember to use the drops that keep my eyes from getting too dry, or to drink enough water, or sit up straight. Some days, I forgot to pee.

Whether we give up our jobs or not, and whether we devote ourselves willingly or begrudgingly to the care of our children, there is an inherent oblivion in motherhood. The intense level of self-care I practiced during my pregnancy seems now to have been like a gathering of supplies during the summer in preparation for a hard, long winter. These days I often have to remind myself that I am allowed to go out to readings, book launches, or even just drinks with friends when my husband is around to care for our child. I am constantly busy taking care of something, running after some unfinished to-do list, so much so that it takes actual effort to sit on the sofa rather than wipe off some counter or wash a bottle.

There are many ways in which we forget ourselves, our self-worth, our independent personalities. Continuing to work has served both to help retain my sense of self and to add more strain to it. It also begs the question: is work the thing that makes life feel well-lived? Isn’t it precisely the need to endlessly work that distracts us from the important things in life? The Ten-Year Nap has reminded me that it is up to me to make my life my own, whether I call myself a working mother or a mother-who-sometimes-works. I am the one who decides what takes precedence in my days and mind, even as I lose track of time staring into the blue eyes of a baby.