You’re trying to write a novel. Sometimes, it’s exhilarating: characters wake you in the night, yammering, springing into action. Sometimes, it’s excruciating: you stare into blankness, and finally, when the words arrive, they reek of your incompetence.

It’s taking forever, this novel of yours. It’s ugly. It’s full of holes. Is this normal? Writing advice is plentiful, but much of it boils down to:

“Butt in chair,” experts say. Be persistent. But maybe you’re starting to hate your novel. You have dark, escapist thoughts. You’re not feeling particularly pure of heart, nor steadfast of butt. Can you ditch your novel for long stretches, or cheat on it, or overhaul it, and still finish—maybe even sell?!—the book? 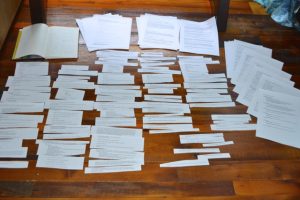 There’s a novel in here somewhere…

Novelists, I’m here to say: Yes. You’re doing it right. Over the past several months, I interviewed novelists who spent one year or more working on a novel and eventually sold their books. Here, I summarize everything they said about writing novels that you always wanted to know, but were afraid to ask.

Can I Cheat on My Novel with Other Projects?

Go ahead. Working on several projects at a time has benefits. For Dean Bakopoulos, it’s the sifting of material: “I write very fast and so I generally have a few books going at a time. Two or three of them usually die after a year, around page 150, and then one of them sticks and gets finished.”

For Benjamin Percy, other projects rejuvenate a novel: “I never work on any one project exclusively. I’ll take a break from the novel to work on a screenplay, a short story, an article or essay, sometimes for a few days, sometimes for a few months, however long it takes for me to feel renewed and ready to tackle the monster again.” Celeste Ng was faithful to her novel “about ¾ of the time. I did cheat here and there and work on a few stories in between drafts, when I needed a change of pace.”

I Want to Be Precocious. How Do I Get This Novel Published By My 21st Birthday?

Ah, youth. Who wouldn’t want a seven-book deal by age 21?  Who wouldn’t want to be the next S.E. Hinton or Mary Shelley? But even if you spend your adolescence writing, it may still take years to figure out how to write any novel, let alone the specific novel you’ve imagined. 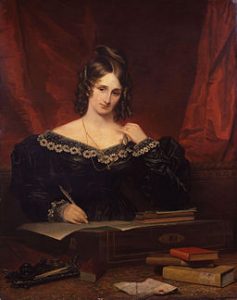 Just ask Rebecca Makkai, who began her first novel years before she was able to understand its potential: “I was very young (21) when I started it, and I was fortunately smart enough to realize I had no real business writing a novel. It took nine years not because I was drafting, but because I was growing up and figuring out how to write.”

In fact, you might write several novels before you publish a single one. While this might ruin your 21st birthday plans, it’s excellent for your writing. As Julia Fierro says, “Cutting Teeth is my first novel to be published—but it’s not the first I’ve written. I’ve had serious monogamous relationships, and many a one-night stand, with several novels-in-progress over the last twelve years.” Likewise, Benjamin Percy wrote four novels before his “debut” with The Wilding: “From each of those four failed novels, I learned something, but the fundamental differences between the short and long form escaped me until I wrote my first published novel.”

I Miss The Feeling of Accomplishment. What Can I Do?

Throw yourself a party! Allison Lynn does—and the celebration is clarifying: “I do this thing where every 12-18 months I decide [my novel] is done. It’s totally liberating! I quickly down several celebratory drinks and then give the manuscript to a few trusted readers, and often my agent. By the time I’ve sobered up, they have notes for me that largely add up to this: it’s not done. So, yeah, that’s frustrating. But I also know that I need those fake-finishes (and the associated drinks) to get me to my final finish.”

My God, This Novel-in-Progress Is Ugly. Is This Just a Phase?

In college, I bet a friend that I’d win the contest of “Who Was Uglier in Junior High?” We posted photo collages in the bathroom and conducted a dorm-wide vote. I won.

That lumpy pre-teen posing in a bad swimsuit in those pictures still shares my height and hair color, yes. But if nothing else, I’ve grown out of her self-consciousness and orthodontics. Likewise, your novel may go through awkward phases, even complete overhauls, before reaching maturity.

For example, for The Book of Unknown Americans, Cristina Henriquez spent years “re-writing. I finished a draft of the novel in about two years, so, not bad. But once I saw what I had, so much of it wasn’t working that I needed to go back and essentially overhaul the entire plot. And then I had to overhaul again. And then again.”

In fact, after one year of work:

Can I Ditch My Novel And Still Come Back?

Yep—and it might be great for your work. At one point, Julia Fierro spent six years not writing, then returned to complete her debut novel: “When I was so completely immersed in writing Cutting Teeth, I knew that those years spent not writing but teaching novel-writing workshops, one after the other, weren’t a loss, but that I had, in fact, learned how to write a novel. I had also grown up. I wouldn’t have been able to write Cutting Teeth ten, or even five, years ago.”

Multi-tasking Rebecca Makkai spent years away from one novel to work on another: “When I went back to The Borrower, The Hundred-Year House then sat there unloved and untouched for a couple of years. I remember exactly where I left it—someone was in the middle of making pumpkin soup.” (The Hundred-Year House is forthcoming in 2014).

I’m Freaking Out. What Should I Do With All this Anxiety?

Use it for your writing. As Dean Bakopoulos says, “Sometimes I wake up at night full of worry and I can’t sleep. I always get up and work. It eases the worry and it gets the book written. You have to harness your insomnia, or whatever strange anxieties and fears you have, and use them as motivators, as energy in the work. You have debt? Give one of your characters crippling debt. Hate your day job? Have one of your characters work the same hated job. A bad back? Write that agony into the plot. Use all the demons you have, turn them into muses.”

I Need More Reassurance. How About a Pep Talk? 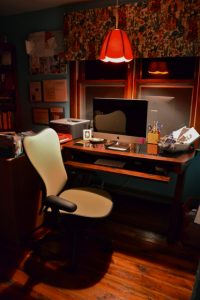 We all know your butt should be in that chair. But where (and how) do keep your mind? For you, novelist, some final words of wisdom: