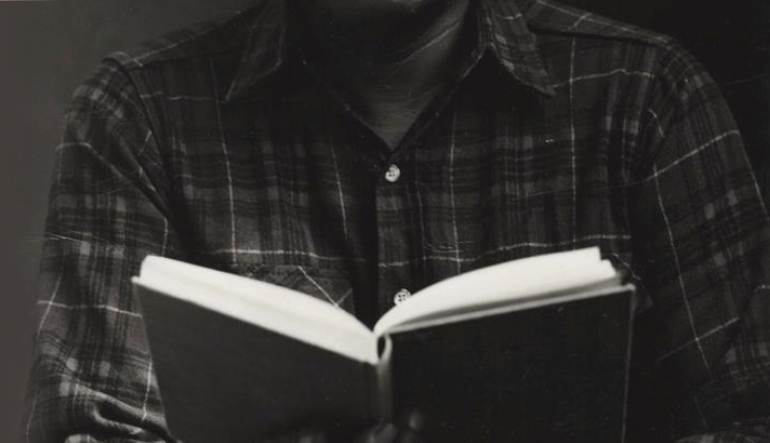 The following is an excerpt from the latest installment in the Ploughshares Solos series: “Old School” by Allen Gee, available now for $1.99.

In the fall of 1987 after driving across the country to study at the University of Iowa, I found myself enrolled in James Alan McPherson’s fiction workshop, not knowing how I’d ended up there. The rumor circulated that, like a magisterial conductor of a symphony orchestra, the Iowa Workshop office manager, Connie Brothers, somehow made all the decisions about our academic lives, but I couldn’t be sure. What I did know, however—walking into a welcome party at the former Workshop director Paul Engle’s house, as the new director, Frank Conroy, played jazz on a baby grand piano, and as James Salter lounged on a blanket on a lawn—was that the other graduate students were older and far more mature than I was, many of them already published or from Ivy League universities, while I’d attended the University of New Hampshire. So for my first critique in McPherson’s workshop I submitted a fishing story that wasn’t my best work, including a main character with no descriptive racial features; the character was virtually white. Therefore, after the workshop ended, James called me over out in the hallway.

“Why did you put that story up?”

I lowered my voice. “It was smoke.”

“I was being cautious. I’ve heard how cruel it can be here, so I didn’t want to put up what I’ve been spending all my time on.”

James stared at me with concern as if I were an ailing patient requiring a diagnosis, but he also appeared amused as if recognizing that I possessed some street smarts.

“What are you really working on?” he said.

“A novel. It’s about a Chinese restaurant in New York.”

“Can you bring me some of the pages tomorrow?”

“I will,” I said but immediately felt vulnerable.

The novel I was working on chronicled the life of the owner of a restaurant called the China Star, as well as the lives of the cooks and waiters; I was attempting to write realistic working-class fiction in the vein of Bernard Malamud’s The Assistant. The next day, I left the first two chapters in a large envelope in James’ mailbox, and that evening, he telephoned. I was surprised because I hadn’t given him my number. “Can you meet me at my office tomorrow at two o’clock?”

When I told him I could, he hung up.

Allen Gee is currently professor of English at Georgia College where he coordinates the MFA program and the college’s undergraduate creative writing concentration. He is the author of the essay collection My Chinese-America and his essays and stories have been published in numerous literary journals. He serves now as the Editor for the multicultural imprint 2040 Books and also edits fiction for Arts & Letters. Gee is completing a novel, The Iron Road, and he is James Alan McPherson’s authorized biographer.