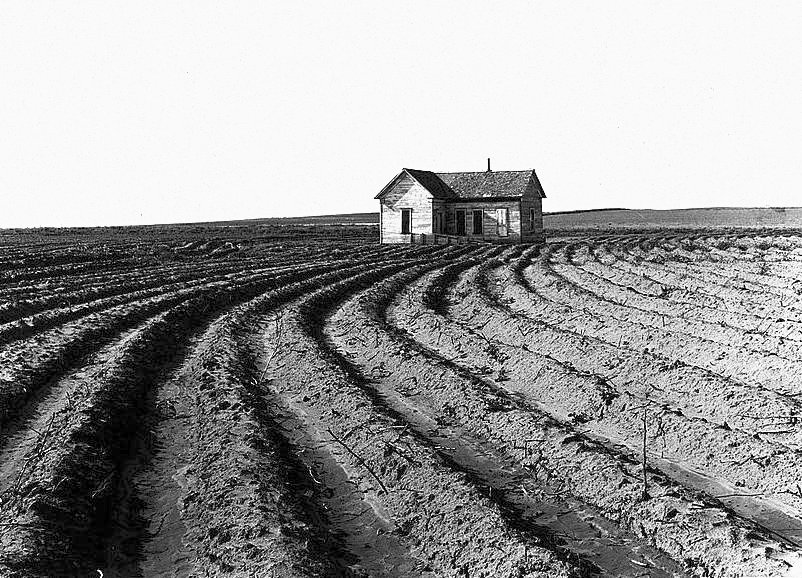 Growing up in North Carolina, I was surrounded by languages half-understood. At synagogue, there was the Hebrew I read and chanted but couldn’t understand. There was the Romanian my mother spoke on the phone with her family, whose meaning I could partially guess from context. And there was the unspoken German of my paternal grandparents, Holocaust survivors. North Carolina was a landscape foreign to my family: abandoned tobacco warehouses, Baptist churches, vast swamps, hazy mountains, thin islands in the sea.

Landscapes often move us in ways that seem beyond language. Experiencing a landscape in more than one language complicates this feeling of speechlessness by providing more words, but words that are perhaps mismatched to the surroundings. Contemporary poet Erika Meitner and writer Katherine Anne Porter both use foreign language in their work in innovative ways to evoke and interpret Southern landscapes. Meitner is a Jewish American author living in Virginia, and Porter lived all over, including Texas, Louisiana, and Mexico.

Meitner’s poem “Elegy with Construction Sounds, Water, Fish,” published in the Virginia Quarterly Review in 2010, explores moments of disconnect between landscape and the language at hand to describe it. Meitner repeatedly pairs rural imagery and sound—of the sort often associated with Southern writing—with mentions of Yiddish: “Something is chirping in the yard, / but in Yiddish the skies are empty / of birds.” Repeated contrast structures the poem: “There is clover in the yard, but Yiddish / has almost no flowers.” These pairings conjure absence: the absence of the speaker’s recently-deceased grandmother, and the inability of Yiddish to fully describe the experience of mourning in a new landscape.

At the same time, Meitner’s pairing of old-world language and rural American imagery is generative. The sounds of the speaker’s surroundings and the sounds of Yiddish don’t match, but when used together they evoke the experience of loss and mourning, which language often fails to describe. Both the sounds of the landscape (“A nail gun,” “an air-conditioning unit”) and the sounds of Yiddish (“my grandmother’s Galicianer accent”) are given meaning by the poem’s refrain: “There is music, and there is music.” The two types of mismatched “music” harmonize, capturing experiences like mourning that exist outside of language or physical context. The sound of burial, for example, isn’t tied only to Yiddish or to the landscape. The poem’s speaker directly addresses the reader: “The dirt hit her wooden box—each clod / and rock. You’ve heard the sound before.” Whether or not you know Yiddish or you know the South, the sound of loss is familiar.

In other poems (like “Dollar General,” published in the Fall 2016 issue of Oxford American), Meitner writes about the complexity of living for years in the South but remaining apart because of her religion or socioeconomic position. Decades earlier, Katherine Anne Porter used foreign language to mark feelings of otherness—and to get at indescribable common human experiences—in a similar way, though her protagonists were often born-and-raised Southern. In Porter’s story “Holiday,” published in 1960, the narrator leaves the city for a sojourn with a German family in rural Texas. The narrator lives in the family’s attic for months, during which she witnesses a wedding, a birth, and eventually the death of the family’s matriarch. She becomes curious about a severely disabled and mute servant girl, Ottilie. Many of the narrator’s moments of connection with others come at times when she’s surrounded by foreign language. After arriving at the farm, she listens from her room: “The sound of the German speech in the household below was part of the pleasantness, for they were not talking to me and did not expect me to answer.” The foreign language allows her freedom of thought:

I loved that silence which means freedom from the constant pressure of other minds and other opinions and other feelings, that freedom to fold up in quiet and go back to my own center. . . . I paused there a good while listening to this muted unknown language which was silence with music in it; I could be moved and touched but not troubled by it, as by the crying of frogs or the wind in the trees.

What follows is a detailed description of the landscape, the family, and the narrator’s own mind. By placing herself into the role of outsider, she’s able to take stock of her surroundings and observe clearly.

The story’s key moment happens outside of language altogether. When the narrator discovers that Ottilie, the “deformed” servant girl, is in fact the eldest of the German family’s daughters, “for an instant some filament lighter than cobweb spun itself out between that living center in her and in me, a filament from some center that held us all bound to our inescapable common source, so that her life and mine were kin, even a part of each other.” It seems this sense of kinship is made possible by Ottilie’s muteness and the narrator’s own outsider status.

In different forms, decades apart, Meitner and Porter use foreign language and rural landscapes as tools to get at the indescribable, the tragic, the uncomfortable. In doing so, they excavate the unspoken we all carry around: the half-forgotten family languages, memories of those we’ve lost, places we’ve left. I don’t speak any of the old languages. But when I think of my grandmother visiting North Carolina with feta cheese in her suitcase, cooking stuffed grape leaves in our kitchen, I know what Meitner means when she writes of the “thumping resilient / nameless thing that refuses to leave us, / refuses to sing.”