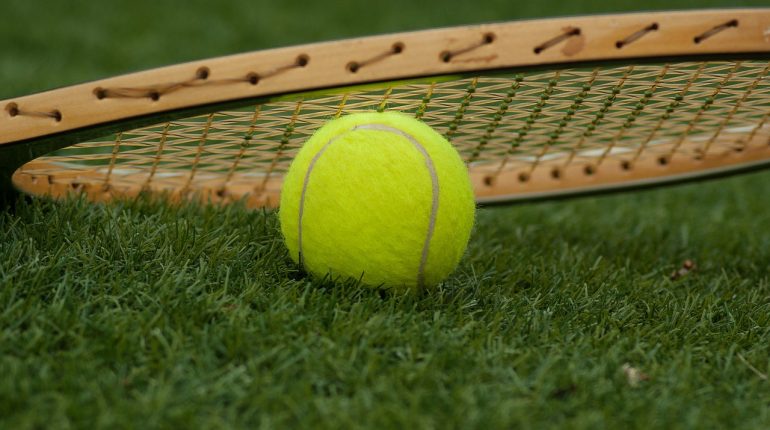 Craft talks regarding omission lean heavily on Hemingway’s Iceberg Theory, what John McPhee recently called, “or, how to fashion critical theory from one of the world’s most venerable clichés.” Aside from the obvious trimming of superfluous language or gratuitous scenes, it could be argued that omission, in one extreme, is the antithesis of context. Nonfiction writers debate the ethics, merits, and necessity of omission—in order to construct a concise narrative, omission is needed, but does the removal of certain elements make a story less true? Is context even necessary? What happens when whole passages or chunks of backstory are removed, in fiction and nonfiction?

Claudia Rankine recounts attending Serena Williams’s 2012 semifinal match at the U.S. Open in a recent article for The New York Times Magazine. A similar version was told to Paula Cocozza for The Guardian, where Rankine mentions watching the match with her daughter, nine years of age at the time. Rankine asked the white American man beside her why he was cheering for the opposing player from Belarus, a blonde woman, and when the man vacates his seat after further questioning, Rankine’s daughter “cringe[s] with embarrassment.”

The instance is not included in Citizen: An American Lyric, though there are lengthy sections regarding the racism and aggression Serena Williams has encountered and responded to over the years. Written largely in second-person, Citizen is not about Rankine’s experience but about a collective of voices. In the magazine article, “Her Excellence,” Rankine elaborates on this experience using first-person:

Two years ago, recovering from cancer and to celebrate my 50th birthday, I flew from LAX to J.F.K. during Serena’s semifinal match at the U.S. Open with the hope of seeing her play in the final. I had just passed through a year when so much was out of my control, and Serena epitomized not so much winning as the pure drive to win. I couldn’t quite shake the feeling (I still can’t quite shake it) that my body’s frailty, not the cancer but the depth of my exhaustion, had been brought on in part by the constant onslaught of racism, whether something as terrible as the killing of Trayvon Martin or something as mundane as the guy who let the door slam in my face. The daily grind of being rendered invisible, or being attacked, whether physically or verbally, for being visible, wears a body down. Serena’s strength and focus in the face of the realities we shared oddly consoled me.

Although Rankine relates the same instance in two separate articles, they become two distinct stories. In one, a woman confronts a man cheering for the white foreigner over the black American, and the woman’s young daughter is embarrassed by the interaction. In another, a woman recovering from cancer and worn down by racism seeks consolation through one woman’s victory, but the excellence of the black American player is subverted by a man cheering for the white foreigner instead.

The context provided in Rankine’s article isn’t necessary as a means for justification—as one needs no justification for calling in examples of racist behavior—but it provides an example of how a story can be changed or directed through omission.

McPhee writes, “Sculptors address the deletion of material in their own analogous way. Michelangelo: ‘The more the marble wastes, the more the statue grows.’”

Rankine is a skilled sculptor. Remove the mention of the narrator’s daughter and add the backstory of the narrator’s illness and the story is solely concerned with the narrator—the stakes center around her own need to witness strength, focus, and excellence “in the face of the realities” the player and spectator share. The mention of illness gives way to empathy, acknowledges that the narrator is in a place of deep hurt and pain before the man even challenges the strength, focus, and excellence that she needs to witness.

Erase the narrator’s backstory, the illness, and flesh out the daughter’s silent presence and characteristically daughter-like reaction—embarrassment—to a mother’s confrontation, and the stakes shift. In this version, we have a narrator unwilling to allow racism and micro-aggression to go uncontested in the presence of a younger generation—thereby setting an example of how to engage another human in a discussion of race and aggression.

Alain de Botton argues in The News: A User’s Manual, that tragic stories without context “tends to make dreadful conduct seem unique to a particular person.” We walk away thinking, that won’t happen to me, when, in actuality, “we are all a hair’s breadth away from catastrophe.” It’s unsettling, which is why the news isolates incidents and omits details, leaving us with no lessons to learn. In contrast, de Botton notes that Greek tragedies and classic literature aided readers in assigning “a coherent narrative cycle with a distinctive moral to impart.”

We consider them ‘tragic’ figures—that is, entitled to a degree of complex understanding—because we imagine that there must have been something unusually noble and dignified about their nature and circumstances. But really it is only the generosity of spirit of Flaubert and Shakespeare that elevates Bovary and Hamlet above the ordinary criminal and dissuades us from judging them as harshly as we might the imprisoned doctor.

What de Botton is referring to is a BBC story about a doctor imprisoned for child pornography. The story is hastily reported, in keeping up with the “relentless” pace of the news, as media outlets are “tacitly convinced that its audience wouldn’t be able to pull off this conceptual feat” of both sympathizing the criminal while firmly condemning the crime.

Recently, a high school acquaintance passed away of a heroin overdose. The obituary did not note the cause of death, nor that the deceased had recently been convicted of arms trafficking in a federal court, nor that a year ago he wrote a plea on social media asking for someone to house him. The obituary did note that he left behind three young children, but did not name their mothers. Without this information, readers view the incident as a freak tragedy—a former football star’s life cut short. The nuances of the hardship in the last years of his life–the systems of oppression that may or may not have contributed—does not make the death any less tragic, yet the obituary omits the details, as if assuming its readers cannot sympathize, grieve, and condemn without judgement all at once.

John McPhee writes, “The creative writer leaves white space between chapters or segments of chapters. The creative reader silently articulates the unwritten thought that is present in the white space. Let the reader have the experience. Leave judgment in the eye of the beholder.”

The narrator of F. Scott Fitzgerald’s “Winter Dreams” allows the reader to view upper-class lifestyles from the eye of a former golf caddy from a modest village, Dexter Green. First published in full in Metropolitan Magazine in 1922, a passage was missing from the story when it appeared in All the Sad Young Men in 1926. “Winter Dreams” was re-published in 2010 by Radio Silence, where the editors noted that the description of Judy Jones’s house was “poached” and “reworked” to describe Daisy’s.

Had he been as calm inwardly as he was in appearance, Dexter would have had time to examine his surroundings in detail. He received, however, an enduring impression that the house was the most elaborate he had ever seen. He had known for a long time that it was the finest on Lake Erminie, with a Pompeian swimming pool and twelve acres of lawn and garden. But what gave it an air of breathless intensity was the sense that it was inhabited by Judy Jones—that it was as casual a thing to her as the little house in the village had once been to Dexter. There was a feeling of mystery in it, of bedrooms upstairs more beautiful and strange than other bedrooms, of gay and radiant activities taking place through these deep corridors, and of romances that were not musty and laid already in lavender, but were fresh and breathing and set forth in rich motor cars and in great dances whose flowers were scarcely withered. They were more real because he could feel them all about him, pervading the air with the shades and echoes of still vibrant emotion.

In the 1926 absence of the description of her house are paragraphs on the men that “had already loved Judy Jones.” Dexter Green bears resemblances to Jay Gatsby, in that they were both self-made men. The 1926 version of “Winter Dreams” without the description of the house does not properly convey how Green is enamored with not just Jones, but with her surroundings—in the same way that Jay Gatsby wants not only Daisy, but the socioeconomic stature she represents—the American Dream. Without the sense of surroundings, the reader loses Green’s sense of the “breathless intensity” of it all, and the emptiness of the affluence when he becomes a closer observer.

One of the perks of literature is that it allows room for context between two covers, with no need to comb through articles to piece together the larger story. Context and omission are not mutually exclusive—a skilled writer utilizes both with an understanding of the essay, story, or book’s ultimate goal or focus. For instance, understanding how the chiseling away of one character allows another to grow or change in depth or importance.

The “space between chapters or segments” proposed by McPhee is not blank, but contains the potentially charged conversations between the writer and discerning reader—conversations that consider difficult questions not always posed by media and news. Is it possible to have a constructive conversation regarding race as a sport spectator? Would I have engaged in the same way if I witnessed racist attitudes that infringed on my enjoyment of an event? What does the complexity of events leading to one individual’s death tell me about the current state of society and the power of the individual to create meaningful change? What does a description of a house say about the relationship between two people?

Although we may have context, we may not have answers. Perhaps the “conceptual feat” is not only to read with a complex range of emotions such as empathy and disapproval, but to utilize context and omission in order to write with such depth as well.