Home
»
Uncategorized
»
On Improvisation: a Farewell (For Now) to Blogging 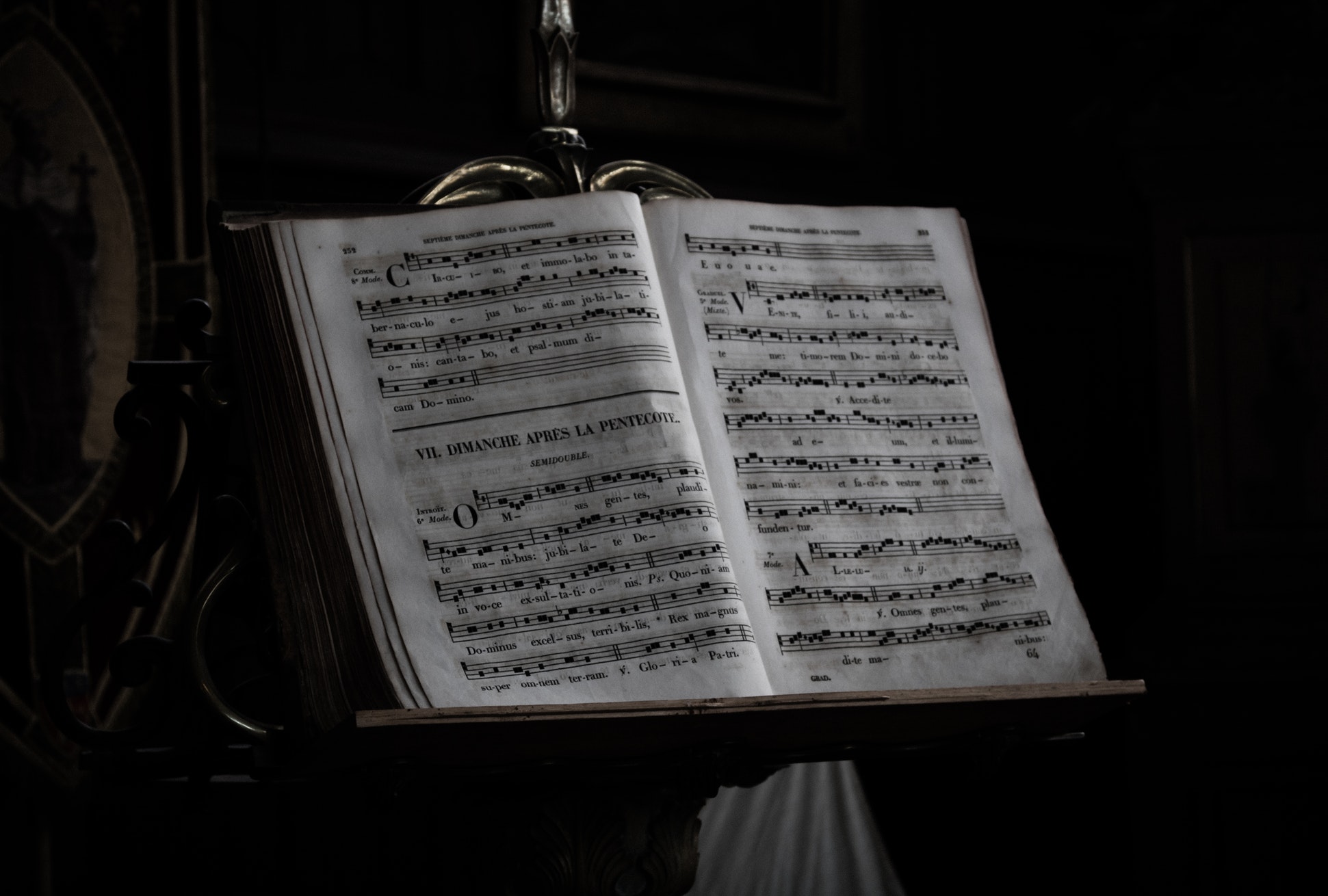 When asked about the experience of improvising Two Thousand Year Old Man with Mel Brooks, Carl Reiner famously said, “I always tried for something that would force him to go into a panic—because a brilliant mind in panic is a wonderful thing to see.”

I was trained as a classical violinist, which means I was schooled in making art within a framework of obedience. Underlying all the more creative elements of the classical musician’s role is one fundamental directive: play the notes the composer wrote, don’t think you’re good enough to improve on them. (As the recent split of conductor Claudio Abbado and pianist Hélène Grimaud illustrates, even a deviation in the one spot where a soloist is allegedly allowed more freedom—the cadenza—can be grist for a towering row.)

But obedience to the masters, while a useful stance for a performer, is deadly the moment you try to create…and its limits became humblingly evident to me as soon as I started taking courses in musical composition. The sonata I wrote in college was timid, the passacaglia only marginally better. (A delicious word to say, though. Try it. Passacaglia.) Much as I loved music, the classical gods were glaring over my shoulder, and caution infused everything I wrote. Had I persisted long enough to learn to experiment as freely with sound as I enjoyed doing with words on a page, maybe I would have overcome that to some degree…or maybe not.

The point, though, is that I remember that fear. And I see it often in student manuscripts: fear of doing something wrong, fear of being insufficiently literary or of being misunderstood. When capitulated to, that fear creates competent, stultifying manuscripts. It’s often hard to say exactly what’s wrong with these manuscripts…except that they don’t have a pulse.

My students know—because I’m forever going on about this–that I’d rather have them attempt the quadruple Axel and fall on their rears than do something safe on the page.

Blame adulthood for our timidities. Kids don’t censor themselves. (I’m typing this on my laptop on the floor of my daughter’s bedroom; she’s busy sailing around the room, narrating an utterly wild story that I’d relate here, except she’s made me promise not to.) Adults, having learned far too much about self-censorship, often need some kind of framework before approaching the blank page. No shame in that. Many artists don’t like stepping out into a void unprepared. (“Improvisation,” said Paul Simon, “is too good to leave to chance.”)

I’ve told a room full of my son’s first grade classmates: if you want your parents to tell you a story and they say they can’t think of one, here’s the trick: ask for an alphabet story, in which each sentence starts with the next letter of the alphabet. Albatrosses had always frightened him. Because of this he never went to sea, despite coming from a seafaring family. Consequently his girlfriend left him for a submariner. Despondent, he decided to go on a camel safari. (Etcetera.) It’s shockingly easy to unlock the storytelling-ability of people who, moments earlier, would have sworn they had no ideas at all. Sketch a map of the terrain ahead and—presto–people breathe a sigh of relief and step in.

I once asked my brother, who plays jazz saxophone, how musicians improvise. His answer: “You know what key you’re in, so you have a basic sense of what will work. If you hit a real honker, do it again–they’ll think you did it on purpose. Then start playing with it and make something out of it.”

That, I think, just might be the best writing advice in the history of writing advice. Set a framework, sure…start out with a plan if that helps you…but then have fun with your accidental blurtings, the moments when you suddenly feel less than cool and veer off the path. All writing has to be improvisational to some degree, if it’s to be any good. When a writer launches into a too-well-planned procession toward some pre-determined conclusion, that stiffness shows on the page. There’s a moment, inevitably, when the author betrays the character by forcing him or her into a decision that feels just a wee bit implausible…because nobody, not even a fictional character, likes to be a marionette. This, I think, is why so many writers dislike answering this question about any work-in-progress: What’s it about? If they knew in advance, they wouldn’t need to write it. Miles Davis said: “I’ll play it first and tell you what it is later.” E.M. Forster wrote: “How can I tell what I think till I see what I say?”

Which is to say…by all means write an outline if it helps you…but don’t fall in love with it. Honkers are your friend. Panic is your cue to jump in with both feet, doubt is a way of life. Leonard Bernstein was planning on writing West Side Story about Jews and Christians, but changed course mid-process. Hemingway re-wrote the ending of A Farewell to Arms thirty-nine times. Nobody holds artists to their early meanderings. So go ahead and write that quirky first draft—if it doesn’t work you can always make good use of it. Stuff a pillow with it. Give it to your kids to make art on. (No, don’t. I once accidentally sent my then-three-year-old’s playdate home with an art project made on the back of a page containing what my grandmother would have delicately referred to as language.)

Be headlong. There are many scary things in this big scary world; the sound of your own voice should not be one of them. Outline not working? Eat it for breakfast. What’s the plan? Bah. What key are we in? Keys are for sissies. Where is this blog post going? We’ll find out when we get there. This is why computers have ‘delete’ keys—so we get to be stupid and too-earnest, crack un-funny jokes and repent of them later. (Yes–repent later, not before you write. There’s always time for repentance. First have the fun of blurting something sinfully unsophisticated on the page.) Be bold, be bold, the inscriptions over the doorways warn the young brides in the fairytales, but not too bold, lest that your heart’s blood should run cold. Hell with the inscriptions; be too bold. (Your heart’s blood will eventually run cold anyway.) Sing your heart out–what are you waiting for? If you wanted a safe career, why are you writing in the first place? If you don’t have confidence, fake it. If you don’t have brio, borrow someone else’s. Take two themes and smash them together. Kebang.

What I want most–for myself, for my students, for every writer I know—is that we all remember to play. Forget everything you’ve heard about artists’ suffering. You’ll suffer plenty, count on it (see Brian Morton re. getting punched in the ego), so you’d better be having fun on the page at least some of the time. Control is over-rated; give up, let it go, shake it loose. Tell yourself: no one will ever read what I’m typing right now. (I tell myself this, still, every time I sit down to the computer.) Try a new subject, voice, genre. Shoot off all the fireworks at once. Launch into variations in the key of what the hell am I doing? Stumble. Sound like a fool. Be uncool.

Or, this: agree to be a blogger for Ploughshares, just to see what happens when you’ve got to submit an essay without fail every Wednesday for fifteen weeks. Panic. Stand there with your mouth open every week going holy crap I need to write something. Declare your uncoolness right up front, just to shed the pressure to be cool. Dive into 17th Century language, Disney’s matricidal tendencies, your childhood education. Think about literary flash mobs; interview people who convert literature to film, interview editors who protest in Tahrir Square…run up against another deadline and panic again.

Fifteen weeks of making it up as I go along. Blogging seems designed to force panic on the mind I’ve got, whatever its quality…and the resulting process has been both eye-opening and exhilarating. I’d like to thank Ploughshares for the chance to conduct this weekly improv experiment. I’d like to thank the people who agreed to be interviewed for my posts: Hala Salah Eldin Hussein, Ken Shulman, Carol Gilligan, Randy Testa, Susan Power, Rebecca Newberger Goldstein, and Brian Morton. I’m grateful to J.B. Zimmerman for telling me in unforgettable detail about the space-shuttle launch, and to Steve Horowitz for answering my last-minute questions about on NASA sound-wave-damping protocols for the space shuttle. I’m grateful to poet Matthew Lippman, who rallied his students and went out and did a poetry flashmob in Quincy Market the morning my flash mob post went up, and to Mariel Brown for her generosity in looking over the post I did about her father. I’m grateful, most of all, to Tova Mirvis, Tony Eprile, Carol Gilligan, and Kim Garcia, who regularly fielded that dreaded email from me Would you, could you, look this post over for me if you have a moment?

I step down off the Ploughshares soapbox feeling I’ve learned something about the differences between my approach to fiction and nonfiction, something about interviewing, something about getting over myself and just making a weekly deadline. Now it’s time to go back to revising my novel.

All writing is an unrequited love letter we send out into the void…and all of it, too, starts out as improvisation. Have I hit a honker? Let me try running that by you again. Let me take another go at that, let me try to tell you better this time, more clearly, more economically, beguilingly, humorously, sexily, bluntly, what it was that I meant to say. Or, rather, what it was that I didn’t mean to say but found myself saying anyway–which is, after all, the truest way to speak. Variations on a theme–love letters, philosophy and spoken-word mischief and generosity of thought, Kapuscinski’s universe in a raindrop…an improvisation in the key of literary. And it goes a little something like this…