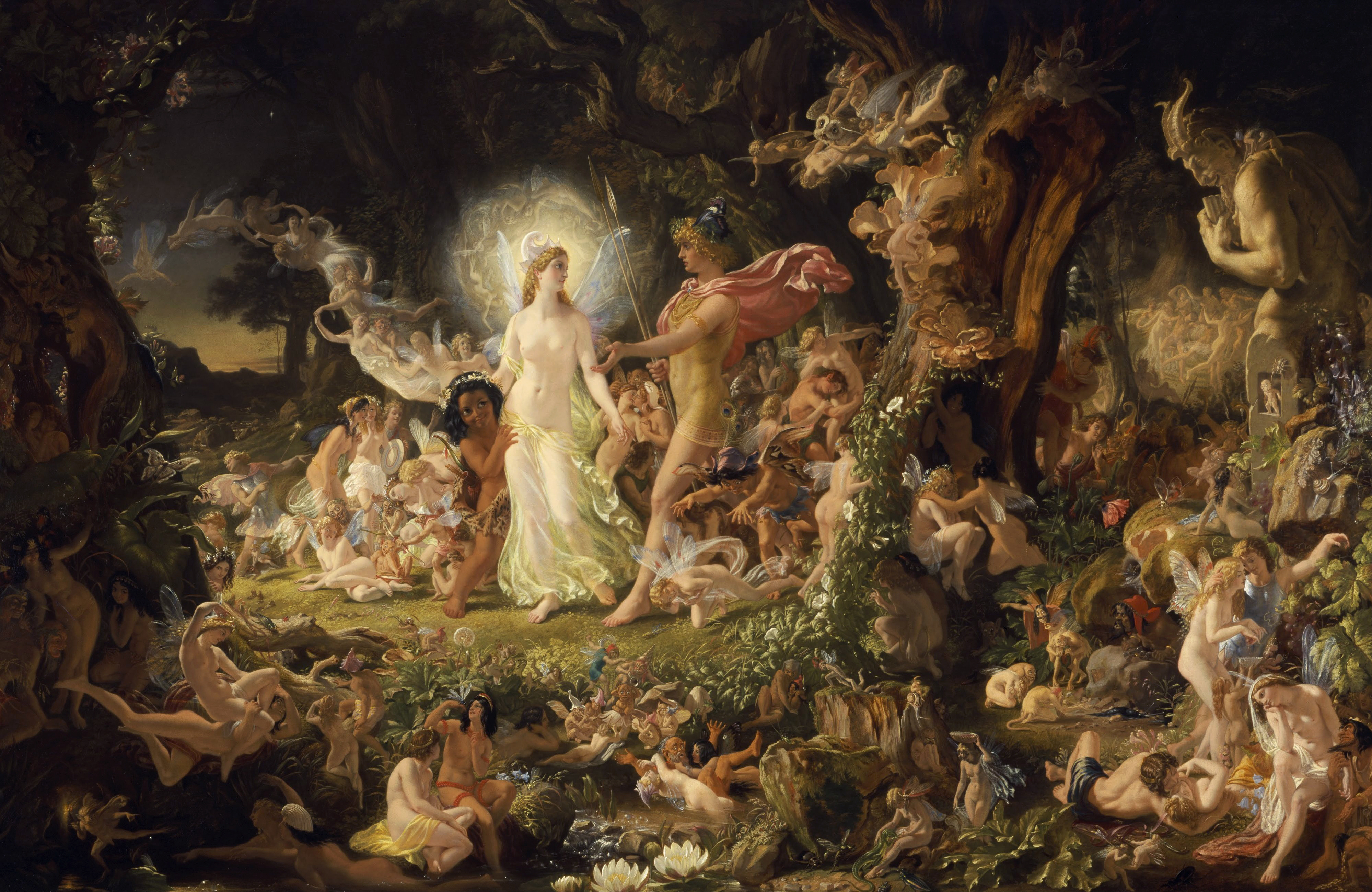 Magic in literature causes problems. It has always bugged me, just a little, that at the end of all the sublime comic mix-ups and supernatural complications in A Midsummer Night’s Dream, we’re left with an imbalance in our two happy couples: one pair has been reunited by the reversal of the fairies’ love potion, and the other needs that love potion to continue to work, if they’re going to stay together. (Demetrius didn’t love Helena when left to his own devices, even if he should have.) So, at the end of this play I love, the neatly sewn up closure of comedy remains, for me, a bit open.

Elements like fairies and love potions introduce new, unforeseen species of loopholes into the world of a narrative. It’s why stories of supernatural good and evil, from Harry Potter to Star Wars, rely on a sort of magical arms race. Our heroes are endowed with great, almost unimaginable powers, yet we must have some sort of conflict if we’re to have a story at all. The opposition therefore also must have great, almost unimaginable powers, which differ slightly but crucially from the powers of our heroes. Then we watch while each side grows (in step) more powerful, enabling larger and larger battles that cannot be resolved. There’s a kind of shadow-gain that must follow each gain in strength for our protagonists, for as long as the story lasts.

It’s all a lot to balance, for reader and writer both. Any narrative is a can of worms—to know this, all you have to do is open one and try to see it through. There’s almost always a character who won’t quite come together for a while, who does not immediately make sense. There are complicated changes in emotional states to digest. Throw magic into the mix and there’s also a whole new set of rules to learn: since what is possible in this new world is not the same as what’s possible in ours, our footing is unsteady, and walking a brand-new landscape was already complicated enough. Magic makes a very hard thing harder.

So what makes magic in fiction so magical, then?

Because it is. For me, anyway. I know that I turned some kind of corner as a writer when I started letting inexplicable things happen in my fiction. I’ve been thinking about this a lot lately. This fall and winter I was immersed in the project of editing my first story collection, and I realized late in the game that every single story strong enough to make it into the book was written after the title story, which was the first story I ever wrote that wasn’t “realism.” Some of these later stories are themselves realistic, but they feel different to me than the realistic stories I was writing before I started to consider magic as an option.

There’s some way in which magic—complicated and problematic as its workings sometimes are—connects me to the feeling I had when I read as a kid. So much of my actual life, then, seemed concentrated in my reading. A magical story can still pull me in, in just that way, and give me that same feeling of actually existing inside it. There are other ways to that feeling, too, but magic is one of them, for me.

And so an opening like this one—the first sentence of Angela Carter’s story “The Lady of the House of Love”—swallows me whole:

At last the revenants became so troublesome the peasants abandoned the village and it fell solely into the possession of subtle and vindictive inhabitants who manifest their presences by shadows that fall almost imperceptibly awry, too many shadows, even at midday, shadows that have no source in anything visible; by the sound, sometimes, of sobbing in a derelict bedroom where a cracked mirror suspended from a wall does not reflect a presence; by a sense of unease that will afflict the traveler unwise enough to pause to drink from the fountain in the square that still gushes spring water from a faucet stuck in a stone lion’s mouth.

By the time we’re at those just-slightly-wrong shadows, I’m there. I couldn’t leave if I wanted to.

And the thing is, every story I love, no matter its level of strangeness, has this effect on me. All good writers, realists and surrealists alike, are magical writers, because writing is the act of putting a reader somewhere he or she is not. I think what I love about open magic, full-throated mystery, in fiction is its embrace of this role. There are complications involved in breaking reality’s rules, but there’s a wonderful freedom in remembering that on the page, these rules are, after all, breakable.