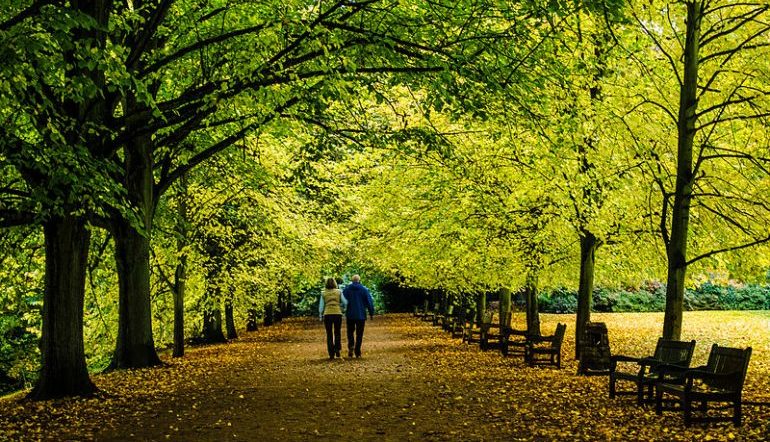 Somehow I never got around to taking my driver’s test. I make various excuses for not having a license (I grew up in a city with a subway, I’m doing my part for the environment, I have bad eyesight, cars are expensive, gas is expensive, etc.), but the truth is, I don’t know why I never learned to drive, except that I’ve never really wanted to. I walk everywhere and take a foolish, conceited pleasure in the fact that some people find this eccentric.

But from a writer’s point of view, there’s at least one justification for long walks. Walking, though it’s inefficient (or maybe because it’s inefficient?), lets you carve out blocks of time in which you can daydream: time that you’re not spending on the phone, on the Internet, at your job, or even at your desk, writing.

To walk somewhere, when driving would be more sensible, is to recognize that inefficiency is worth something.

When I lived on Capitol Hill in Seattle, my favorite walk was west-southwest down Pike Street from Broadway, turning north at the Pike Place Market and following Elliott Avenue to Myrtle Edwards Park, and then on to the Pier 86 Grain Terminal, where grain brought by rail from eastern Washington and further inland is loaded onto hulking steel freighters and carried across the Pacific.

Going for a walk puts you into an intimate, observant relationship with the physical world, and I think the chemistry that takes place between the objects we see and the moods we bring to bear on them–causing, for example, a sequoia to seem melancholy if the observer is in a melancholy frame of mind–is at the very core of why and how we make metaphors.

This is James’ fifth post for Get Behind the Plough.