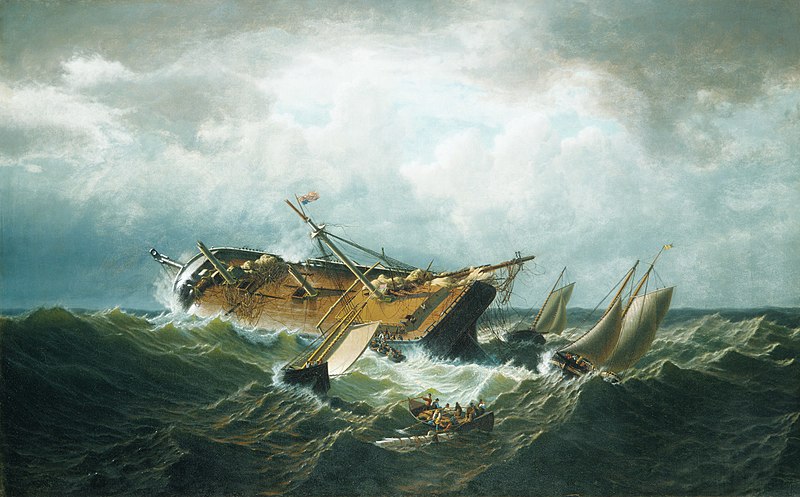 In a 1968 letter to Julian Zimet, American poet George Oppen describes a tense conversation with scholar and literary critic Hugh Kenner: “—or I was explaining, by request, ‘the twenty-five year silence’ to Hugh Kenner, critic and of the far right politically. I rather enjoyed explaining baldly, but Kenner found it painful and interrupted to say: ‘In brief, it took twenty-five years to write the next poem.’ Which is perhaps the correct explanation.” What Oppen refers to here—and what Kenner does not really want explained, or rationalized through biography—is a middle-life silence, beginning at age twenty-six and erupting twenty-five years later, finally, this period in which Oppen did not write poetry. Perhaps no other American poet is so recognizable for his absence, and for what bookended that absence.

Oppen published his first book of poems, Discrete Series, in 1934 and the next, The Materials, in 1962. At the beginning of his career, the middle years of literary Modernism—or a group of poets who read and then, in part, responded to earlier and influential Modernist writers—Oppen associated himself with the “Objectivist” group of poets, a collective that also included Charles Reznikoff, Louis Zukofsky, Lorine Niedecker, and William Carlos Williams (with Ezra Pound also loosely associated). Here’s a brief account of what followed these first years: after joining the Communist Party in 1935—leading several grassroots efforts that advocated for worker’s rights and labor unions, including the organization of the 1936 New York Milk Strike—and after service in the U.S. military during the Second World War, Oppen and his wife, Mary, fled to Mexico to escape the McCarthy Senate. The Oppens returned to the United States in 1958; George died in 1984, Mary in 1990.

One imagines a part of what Kenner resists in his conversation with Oppen is an ideological account of that absence, that silence, which in turn describes the bookended poetry as ideologically driven. Oppen made the decision to not write poems for a long time, and then—it would at first appear to one as suddenly—he wrote poems again. What motivated that decision, and does the answer matter for the poems? How do the poems change, how do they stay the same? Oppen never stopped examining—inviting and complicating—the relationship between his own aesthetic conviction, what he believed good poetry tries to accomplish, and political responsibility (if one might hazard the word “responsibility” in this context); he refused his poems a voice of instruction. In a 1962 letter he reflected, “In fact I wrote no poetry for 25 years. Don’t know if I was right. But I was right not to write bad poetry—poetry tied to a moral or a political (same thing) judgment.”

His informal answer to what makes a poem bad might, for some readers now, seem narrow in its wisdom—and I’m not sure that it’s wrong to struggle with such a categorical binding. For my own thinking, Oppen’s emphasis here is not on the theme of a poem, what moral vision the poem is “tied to,” but on the word judgement: it’s not the political stakes of any poem that one resists, but the idea that a poet could begin a poem with an “idea” of anything, a preconception, and know, somehow before the poem has existed, what needs to be articulated. For whatever else it might be, strive to become, or accomplish, a poem is process, an experience on the page and in our ears. In his short introduction to Oppen’s first collection, thinking about the obscurity a poet faces throughout their lifetime, Ezra Pound wrote, “the cry for originality is often set up by men who have never stopped to consider how much. I mean how great a variant from a known modality is needed by the new writer if his expression is to be coterminous with his content.” The novelty of “interpretation,” this introduction suggests, doesn’t feel new for very long. Expression does not need to be coterminous with content (except for, perhaps, at that moment of inception, the originary point). It seems the more a poet plans to pursue “a variant from a known modality,” a particulate version of that source becomes even clearer, frightening in its capacity to change.

For those who imagine all poetry as advocating a social function, no matter how explicit it’s been made in the text, Oppen’s silence might seem discomfiting; for those who read Oppen’s silence in conjunction with his reemergence and his subsequent career as itself political action (or, more appropriately, reaction), a sort of ongoing refusal, they might recall these lines written in one of his daybooks: “Because I am not silent the poems are bad // because there is something we cannot say, cannot grasp, the poem is an attempt / to work it out, to find its form.” The poem is itself a tiny machine making itself happen, in operation, constantly discovering and rediscovering its own form. In his famous long poem “Of Being Numerous,” the title poem of a book that won Oppen the Pulitzer Prize in 1968, the poet finds himself “Obsessed, bewildered // by the shipwreck / of the singular.” One might read these lines—as Oppen himself read these lines after the fact—as a counterpoint to the title, to the poem itself; how can we reconcile our own singularity, our own selfhood, with the straddling contingencies of our social lives? Oppen, in another letter from 1973, does not answer this question:

Facing this shipwreck, to follow Oppen’s metaphor, positions one to reconsider a problem with the act of naming, of not remaining silent: to name our own singularity ignores the material of the wreck, the end of one’s own life equivalent to the end of the world. Then, the passage ends:

Oppen’s life, like the lives of other great poets, does not provide an example for how our own lives might or should be led—one may not need to stop writing poems for a quarter-century to feel they’ve experienced this “brilliance of one’s life.” Our singularity does not inhere with “the end of the world”; perhaps it helps one envision what the end of the world looks like.

The first poem in Oppen’s last book, Primitive (1975), is titled “A Political Poem,” which wryly recalls “the shipwreck of the singular”: 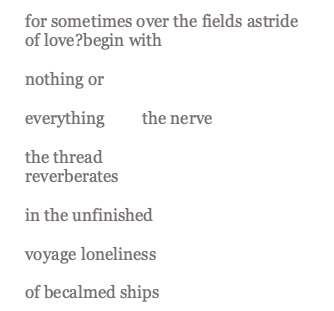 What makes these lines political? The fact of the title, of course, instructs readers to think about the ways this poem is political, and the ways it is not. I suspect, if one needs an either/or answer through which to think about the poem, it’s best to arrive at an answer that changes, something like neither. In searching for a clear definition of the political in this poem, in searching for a sequence of words representative of political poetry, in giving oneself to the ongoing act of interpretation, one also might risk missing the experience this poem makes for its readers: “this sad and hungry // wolf walks in my footprints fear fear / birds, stones.” A poem may not be made to convince anyone of anything—that a sad and hungry wolf exists and is a threat to one’s life—but, at the same time, encountering these words in this order, inflected by lineation and syntax, makes a particular experience for readers to imagine this sad and hungry wolf. Does the poem lie to us, does the poem change our thinking about how “political” poetry may or may not manifest on the page? Answers to these questions depend on that act of interpreting, on an opinion evinced through ideas of how poetry operates. These answers, of course, are valuable and worth their articulation, though for now one needs to get to the end of the poem: