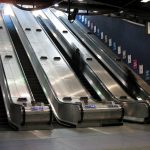 [The short story] is a form that is unforgiving as fuck, and demands from its acolytes unnerving levels of exactitude. A novel, after all, can absorb a whole lot of slackness and slapdash and still kick massive ass, but a short story can unravel over a pair of injudicious sentences.

Every once in a while the short story gets its moment in the literary spotlight. It happened in 2008 when Elizabeth Strout’s linked story collection, Olive Kitteridge, won the Pulitzer Prize, and again in 2013 when the Nobel Prize committee recognized Alice Munro’s lifetime achievement in the form. It happens each year when Best American Short Stories is published, and the guest editor writes an impassioned introduction championing the form, making the case for why we should all love short stories more than we do. We should marvel at the skill of a writer who can create a world in a dozen pages, who can break our heart with a well-chosen word or the rhythm of a final line. Writers can do this in three hundred pages, of course, but “while novels can dawdle for chapters before sparking into brilliance,” Junot Díaz observes, “the short story needs to be about its business from its opening line.”

Consider a few first lines from short stories that originally appeared in Ploughshares:

“I’ve been an off-season traveler since my divorce, and this winter I’m in Spain. A man is following me.”

“We got up at dawn, ignored the yolky sun, loaded our navy-blue Austin with suitcases, and then drove straight to the coast, stopping only on the verge of Sarajevo, so I could pee.”

“I escape. I board Northwest 18 to New York, via Tokyo. The engine starts, there is no going back.”

There’s nothing injudicious about any of these openings. They each accomplish an enormous amount of work in a short space, establishing setting, tone, voice, and point of view. They also launch their characters right into action. Dean Bakopoulos once said in an interview that “the most compelling narratives begin when a character rather suddenly finds himself or herself in motion” that can’t be halted. He likens it to “when you get on one of those massive escalators at the airport [and] you pretty quickly realize that you can’t turn around…You’re committed. You’re going up.” There’s no dawdling here. In the first few lines, these characters are already driving toward Sarajevo, flying to New York City, or being followed by a stranger in Spain. There’s no turning back.

A solid opening, however, isn’t enough. It might get a reader to the second or third page, but I wonder how many short stories have been abandoned, left unread because of a baggy middle. My guess is a lot, because a great beginning with forward movement simply isn’t enough. “At some point in a novel,” Bakopoulos notes, “a protagonist not only realizes he/she can’t go back, but also that there is something (a person, a memory, a trauma, a loss, a monster) menacingly behind them.” He’s talking about the novel here, but his assertion applies to short fiction as well. Applying Díaz’s logic, we might say that the menace of a novel is terrifying in part because it builds slowly, stalking a character over many pages and many chapters. There’s room for some error, for a misstep here or there. The menace of a short story, on the other hand, is terrifying for how fully formed it is at the outset, how quickly it shows up, and how close the pursuer gets in such a short period of time. It’s easy to get it wrong, of course. The timing must be spot on. The encroachment must be believable.

It’s worth considering how movement and menace work in Xu Xi’s “Famine.” The 51-year-old narrator escapes from Hong Kong to New York mostly because she can. Her parents have recently died, unburdening her from the responsibility of caring for them. She has no siblings, partner, or children, and hates the job she’s occupied for 32 years as a teacher. So she quits, packs her few belongings and escapes her “dreary existence” for an extravagant one. She flies first class to the United States. She books a suite at the Plaza in New York. She eats at Lutèce, and indulges in buttery scones, milky tea, expensive wine, and champagne. It’s a culinary spectacle, and her goal is to use food “to vanquish, once and for all, [her] parents’ fear of death and opulence.” She moves from restaurant to restaurant, treating herself to one expensive meal after another, trying desperately to feed herself to comfort.

The more persistently the narrator moves forward with the plan, the more aggressively her past encroaches. Thoughts of her colleagues surface as soon as she boards the plane. Her in-flight meal is interrupted by a memory of her mother inspecting her plate to ensure she’s eaten every grain of rice. Her former students show up uninvited, as do memories of former friends. She’s infuriated by her inability to shake the ghosts from her mind.

“Food is getting sidelined by memory,” she says. “This is unacceptable. I cannot allow all these intrusions.” As soon as she has the thought, however, her mother arrives to remind her of the slothful man who starves to death because he refuses to lift his own hands to feed himself. Other stories—always involving food and hunger—haunt her, too. When she’s out for a walk in Chelsea, she trips over a homeless person and is reminded of the time her mother stumbled over a man who’d been caught stealing food from the pig trough. He was beaten by the villagers, his tongue cut out of his mouth, and his arms severed from his body.

“Try to forget, my father would say. My parents specialized in memory. They both remained lucid and clear-headed till they died.”

It seems an inherited trait, because just as her parents can’t shake the lessons they’ve internalized about food and hunger, no matter how far the narrator travels, or how hard she tries to focus on the food, these same stories haunt her, too. They follow her halfway around the world. They chase her up the escalator.

If a character is forced up an escalator, so too is she eventually forced off. But as Bakopoulos reminds us, characters don’t get off the escalator alone; they must “face those things/people that were behind them.” After three days of relentless eating, Xi’s narrator realizes she can’t feed herself to bliss or oblivion. She has no choice but to confront the people and history she’s tried to escape, not by flying back to Hong Kong—she can’t go down the escalator, remember—but by staying in her hotel room and throwing a party. She orders room service. She invites her students, colleagues, friends, and most importantly, her parents, and she’s amazed when they all show up. It’s difficult to tell if this is a gesture toward the surreal or the befuddled imaginings of a narrator who’s had too much to drink, but it’s a cathartic moment either way. When her mother sits down next to her, marveling at the spread of food, the narrator tells her, “Now, eat.” With this two-word command, softened by the slight hesitation between the words, she feeds them all, and in this way is finally nourished.