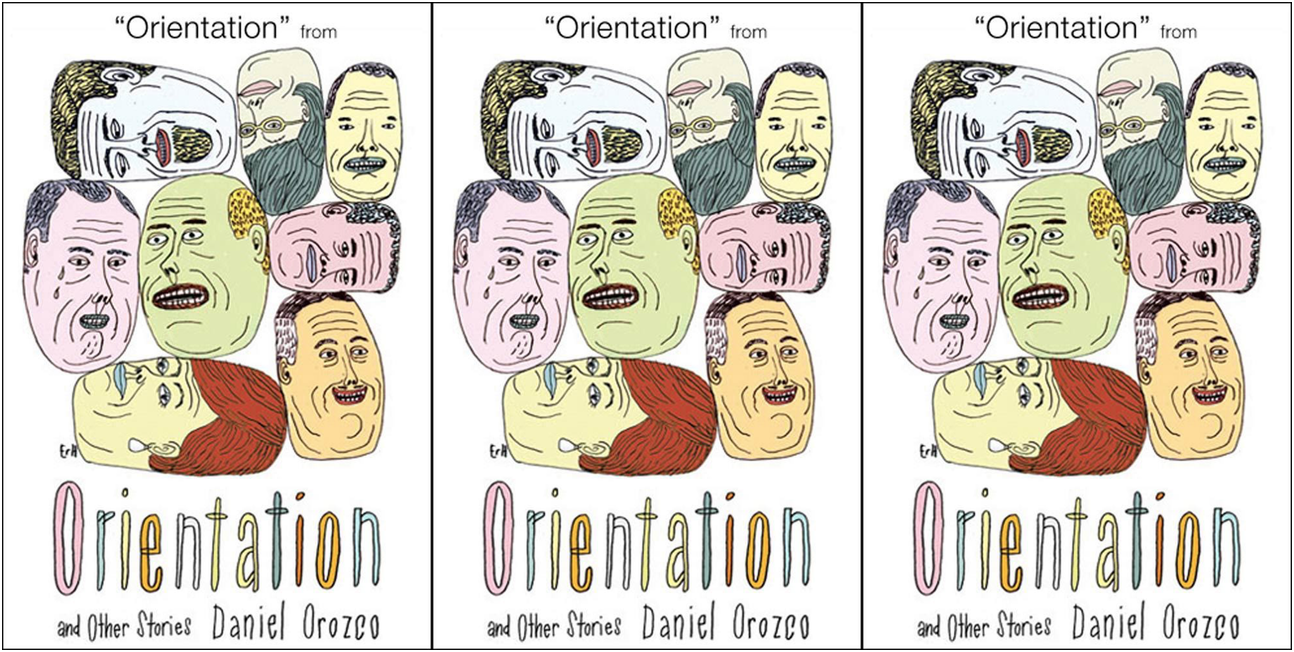 In The Pleasures and Sorrows of Work,) a book of essays and photos, Alain de Botton attempts an “exploration of the joys and perils of the modern workplace, beautifully evoking what other people get up to all day—and night—to make the frenzied contemporary world function.” Sadly, de Botton largely portrays workers’ lives as small and meaningless, and his book left me feeling bereft of hope for the working world and the drones (like me) who occupy it—but inOrientation, Daniel Orozco’s long-awaited debut story collection, some of that hope has thankfully been salvaged.

Orozco manages to create more realistically nuanced, textured, sorrowful, and joyful characters than the real people portrayed in de Botton’s condescending essays, because Orientation hinges on the vast theater of things left unsaid—of the undercurrents hidden among the relationships of those we spend the most time with and know the least about. We may not always like our co-workers, our fellow commuters, or our neighbors, but that doesn’t mean we shouldn’t wonder about them.

Each story lets us in on a seldom-seen segment of society, with Orozco as our skilled guide. “The Bridge” depicts what happens when bridge painters witness a tragedy; “Officer’s Weep” lets us witness two police officers falling in love through the lens of a police blotter; and “Temporary Stories” shows what it’s like to be Clarissa Snow, “the best girl in the temp agency.”

Many of Orozco’s stories seek to portray someone on the periphery, often a newcomer or introvert. In “I Run Every Day,” a warehouse worker gradually becomes more and more alienated from his co-workers, until he finally commits an unthinkable act. A man leaves the party of his office crush feeling ignored and humiliated, only to be met with a much worse fate in “Only Connect.”

The situations are familiar, and the characters could be people we know, or at least people we’ve stood behind in the check-out line. That’s what’s remarkable about Orozco’s stories: his depiction of the ordinary is incendiary in its detail; in its acknowledgement that we don’t, and can’t, know everything. In “Shakers,” the last story in the collection, he writes, “The middle of nowhere is always somewhere for somebody.” This collection strives to make us see the somewheres we sometimes miss.

Jill D’Urso is an editor and blogger living in Brooklyn with her fiance, Joe. She doesn’t like condiments, crowds, or icy sidewalks. She writes at Looks & Books, a blog about style and literature.