Home
»
Interviews
»
Orison Books and the Literature of the Spirit 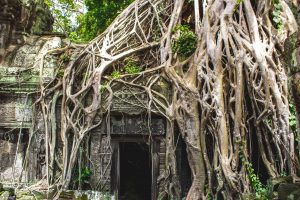 Orison Books is a nonprofit literary press whose mission explicitly states its desire to publish books that focus on the life of the spirit. Their titles may not, initially, appear comfortable beside other works that claim spirituality as their focus. Where would you shelve The Divine Magnet: Herman Melville’s letters to Nathanial Hawthorne? The English-language poetry of Romanian poet Stella Vinitchi Radulescu, I Scrape the Window of Nothingness: New and Selected Poems? Jordan Rice’s debut poetry collection, Constellarium, which tells of Rice’s transition from a biologically male to a female body? Or David Ebenbach’s novel, Miss Portland, a sensitive portrayal of a woman with bipolar disorder?

Yet what better word than spiritual might be used to describe literature’s transformative power—the “shock of recognition” as Hankins has called it. Though religious practice may not be favored by literary circles, the faith we share in good writing is well-known, as in Czeslaw Milosz’s “Dedication”:

What is poetry which does not save

A connivance with official lies,

A song of drunkards whose throats will be cut in a moment,

That I wanted good poetry without knowing it,

That I discovered, late, its salutary aim,

In this and only this I find salvation.

All told, Orison Books, through the guidance of founder and editor Luke Hankins, has published more than a dozen volumes of poetry and prose that sit alongside the best literary works being published today. Hankins is the author of two poetry collections, Weak Devotions (2011) and Radiant Obstacles (shortlisted for the 2016 Periplum Poetry Book Competition), and the editor of Poems Of Devotion An Anthology Of Recent Poets (2012). The Work of Creation (2016), and collection of his translations of Stella Vinitchi Radulescu, A Cry in the Snow & Other Poems, is forthcoming. He also serves as senior editor of the Asheville Poetry Review and staff book reviewer for the Southern Humanities Review. Orison Books was founded to fill what Hankins felt was a gap between thoughtful contemporary literature and spiritual writing.

Carolyn Ogburn: You’ve said that you were raised within a fundamentalist tradition (the PCA denomination). Can you say more about your early understanding of spirituality, and of faith?

Luke Hankins: Fundamentalism comes in many varieties, but it is always a rigid ideological system that does not tolerate disagreement or divergence, either from without or from within. In religion, it’s usually tied to the belief that a particular sacred text is infallible and must be interpreted in an extremely literal fashion, and adhered to without exception.

I was traumatized by the theology of my upbringing, which insisted that everyone deserved to go to hell, and that in fact, most would. In my mid-twenties, I had a major theological and psychological crisis. The result has been a permanent break from the religious tradition I was raised in and an aversion to every type of fundamentalism.

Somehow, however, I’ve always retained a fascination with spiritual and religious traditions. I’m particularly drawn to the mystics of both the East and West—not to mention the poets—as their spirituality is experiential rather than dogmatic. I’ve always felt that there was an Other there, orchestrating my life and attendant to my ridiculous prayers. I have no proof, nor do I need any, that this is true—it’s simply the way I experience life. But I no longer feel that it’s appropriate to attempt to confine God within the dogma of any particular religion. Whatever God is, none of us has it completely right—of that, at least, I’m certain.

CO: You’ve described the work Orison Books seeks to publish as having a “transcendent aesthetic effect on the reader [so that] reading it can itself be a spiritual experience.” Would you say that aesthetic effect, the “shock of recognition” you’ve called it, possesses the same quality as a religious experience?

LH: Yes, I think the shock of recognition I was speaking about is one type of aesthetic experience that mimics—or maybe is—a religious or spiritual experience. Joseph Conrad spoke of the artist’s ability to invoke a “conviction of solidarity […] which binds together all humanity—the dead to the living, and the living to the unborn.” Art and literature have the ability to transcend time and space because they appeal what is most fundamental to our humanity, and, some would say, to the eternal aspect of our nature.

There are other ways in which literature can facilitate spiritual experience, however. I wouldn’t presume to enumerate them all, but for instance a poem can provoke deep contemplation or meditation, and a story can make one lose the sense of the passing of time. I think these potentials in literature ought not be minimized, or dismissed as less than spiritual. They broach on eternity. They may be brief, but they’re profound. I’m reminded of one of Swiss poet Philippe Jaccottet’s meditations on the phenomenon of enchantment: “But just because […] the celebration comes to an end, because sooner or later the musicians and dancers quite playing and dancing, must we then refuse its gifts and scorn its grace?” (“Blazon in Green and White,” my translation)

CO: I was struck by your use of the word “ideological” to describe the kind of writing you explicitly are not interested in publishing.

LH: The reason I’ve been careful to explicitly state that Orison Books operates from a non-ideological standpoint is because in stating our investment in spiritually engaged work, we risk being misunderstood as a publisher that stands for a particular religious or spiritual viewpoint. Instead, we’re interested in a multiplicity of perspectives, and are open to religious and non-religious writers alike. We want to champion voices that speak from specific spiritual traditions as well as writers who don’t fit neatly into a category.

Orison Books seeks out work that explores the mystery of existence, the ineffable, the divine, the sublime—those things that speak across ideological divides, even when speaking from an identifiable tradition, and which intimate an underlying human source and solidarity, to again use Conrad’s phrase. I’m convinced that in appealing to these foundational aspects of what it means to be human, literature can help us become more empathic, more open-hearted, less inclined to divide ourselves up into ideological tribes.

CO: Do you really believe, as you’ve written, that contemporary poetry “mostly operates in an echo chamber”? Is there any way that you see Orison Books broadening that audience for poetry, providing space for a more diverse readership?

LH: I feel that much of today’s poetry makes important political statements, but that the political has eclipsed all other facets of what literature is good for. American poetry especially is becoming increasingly topical, restricted to a handful of accepted and recognized socio-political gestures. I don’t want to minimize the importance of this kind of work, and there are poets who do an amazing job of balancing political gestures with other human concerns. But I’m worried that American literary culture is starting to forget the vast spectrum of what literature can do, including engaging our spiritual instincts. The majority of the time, I already agree with the political propositions of today’s poets, and it can be hard to distinguish between agreeing with the propositions of a poem and admiring the poem as such. (I say this as someone who does write overtly political poems, among lots of other kinds.) When I said that poetry operates in an echo chamber, this is exactly what I meant. For whatever reason, writers and artists tend to share progressive political and social values, probably because we tend to be empathic, open-hearted, full of imagination. But if literature becomes merely a game of making the acceptable socio-political gestures in order to garner praise, we’ve tragically diminished it. I believe that literature of the spirit can break out of the echo chamber and potentially do more to foster empathy and human solidarity than all the political statements in the world.