Home
»
Reading
»
Ornette Coleman and the Color of Fort Worth 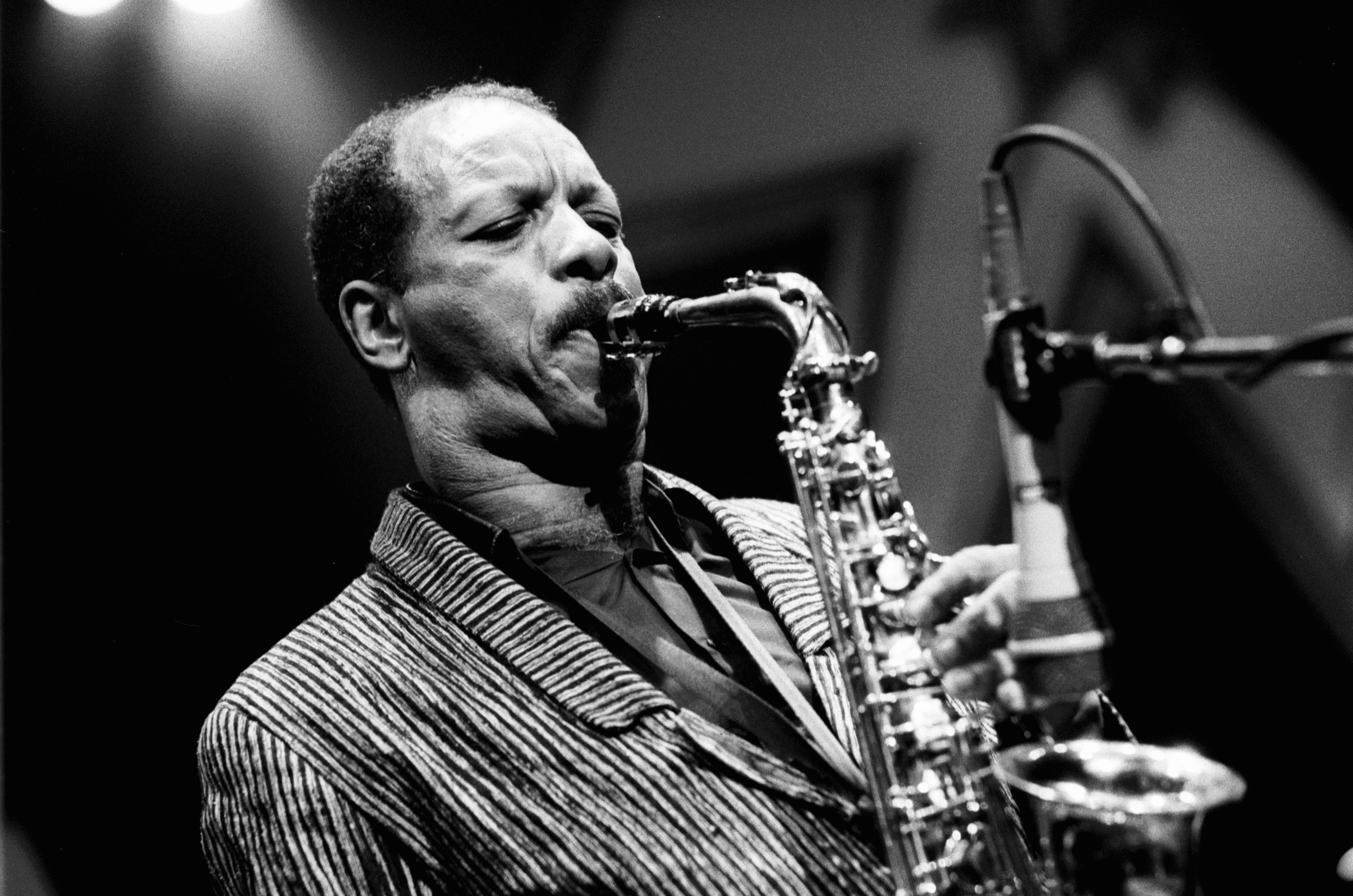 One night in the summer before I left for college, some friends and I piled into a car outside a coffee house in Fort Worth’s museum district. I don’t remember how we ended up on the other side of downtown, in an east Fort Worth neighborhood that I had never seen before. Fort Worth was then (and still is) a city big enough to get lost in, but small enough that you don’t really worry when it happens. We made a few turns, looking for a familiar street, and then passed an empty, stately building of yellow brick: I.M. Terrell High School.

I didn’t say anything to my friends, but I knew what I was seeing. That building, in the 1940s, housed a miracle of musical community. Inside those walls an amazing group of teenaged musicians—a half-dozen of whom would go on to make big contributions to mid-century jazz—had congregated, joked around, shared thoughts, learned lessons and traded notes. King Curtis, John Carter, Prince Lasha, Dewey Redman, Charles Moffett. And, of course, Ornette Coleman.

To that point, I had been reluctant to think of Fort Worth as my hometown. My family moved there when I was twelve—to this city with its cowboy slogans (“Where the West Begins”) where, twice a day, tourists watched city volunteers in cowboy costumes drive longhorn cattle down Exchange Avenue. That didn’t appeal to me as a teenager. Not because I was immune to the lure of the cowboy—what kid is?—but because it all seemed so inauthentic. Somehow, a whole chaotic, violent history (Hell’s Half-Acre! Butch Cassidy and the Sundance Kid!) had been turned into something civic, a selling point for the city. And though, as a middle-class white kid, I wasn’t exactly race-conscious, it was impossible not to notice the whiteness of the cowboy stories the city sold, and the way the city’s own mythology put it at odds with its diverse population.

Fort Worth still doesn’t know what to do with the legacy of I.M. Terrell High School, or even of Ornette Coleman—by far the most significant musician to come out of the city. After Coleman died last summer, Star-Telegram writer Preston Jones accused the city of ignoring its musical heritage, and asked why, in Fort Worth, “you can’t mourn Coleman in front of a statue or a mural or in a park or on a street.” Austin has its Willie Nelson and Stevie Ray Vaughan statues; Lubbock has Buddy Holly, and Corpus Christi has Selena. Why hasn’t Fort Worth memorialized Ornette?

After all, Fort Worth is an unmissable presence in Coleman’s music. Richard Brody calls his music “avant-gutbucket,” and within Coleman’s wildest explorations you’ll find familiar strains of Texas blues and R&B. As Adam Shatz put it, “he looked at New York through the eyes of a Texan immigrant, and never shed his accent or his attachment to black Southern culture.”

But even though Ornette was from Fort Worth, and of Fort Worth, you can’t really say he belongs to Fort Worth. After all, the civic narrative that tamed the cowboy simultaneously excluded Coleman. James Baldwin spoke about the “great shock” of watching cowboy movies as a kid, and facing the realization that “although you are rooting for Gary Cooper, that the Indians are you.” That dynamic exists between Fort Worth’s Wild West identity and its black history, too. It was no miracle, really, that Coleman, Redman, Lasha (and later Julius Hemphill and Cornell Dupree) all attended the same high school: that was the school that all blacks in Fort Worth went to. The “miracle” of Fort Worth’s jazz community is really about the fact of segregation.

Fort Worth is not alone in this. I wrote a chapter of my dissertation on Ralph Ellison, whose jazz essays, particularly the ones on Charlie Christian and Jimmy Rushing, show how a vibrant musical culture could spring up in segregated cowtowns like Fort Worth, Kansas City, and Ellison’s native Oklahoma City, where the bourgeois urge for respectability led black communities to invest heavily in their schools’ music programs. That urge inevitably clashed with a more youthful tendency for revolt. Ellison writes that his beloved music teacher, Celia Breaux, forbade her students from playing jazz, a story very much in line with the legend that Coleman was often kicked out of Terrell’s band for improvising too much. These were the elements of jazz, operating in tension: tradition and revolution, rigorous training and free improvisation. The miracle of I.M. Terrell depended on both aspirations to respectability and rejections of those same aspirations.

The miracle may have depended on exile, too. Like Ellison, Coleman left his cowtown, moving to Los Angeles in 1949, and then to New York, where he lived for most of his life. Fort Worth didn’t seem intent on getting him back during his lifetime. Jones notes that Coleman’s only real return to the city came in 1983, when he appeared at the opening of the jazz club Caravan of Dreams. But Coleman was always willing to come back; when asked if he planned to perform in the city again, he told Jones in 2007, “I haven’t heard about coming to Fort Worth. I haven’t given up hoping that it happens. I’m sure I’m going to get there one day.”

The point is, you can’t see Coleman’s story as just another strand in Fort Worth’s grand narrative: Coleman’s story operates against, even undoes, the narrative’s other elements. That’s why the image of the empty building of I.M. Terrell has stayed with me all these years—it works as a symbol of the city’s mute confusion in the face of its own history; it turns Fort Worth from a lie into a city that can’t sum itself up with a slogan, a city of multiple, unassimilable stories.

The meaning of Fort Worth deepened for me in the shadow of that building in the summer before I left for college, and I fell a little bit in love with the city then. And while I think Jones is right that Coleman deserves to be commemorated in some way, I also know that a statue or a downtown street sign could never capture the complications of Fort Worth’s relationship to its jazz community. For that, the most apt memorial is I.M. Terrell High School itself.