Home
»
Reading
»
Out In This Desert 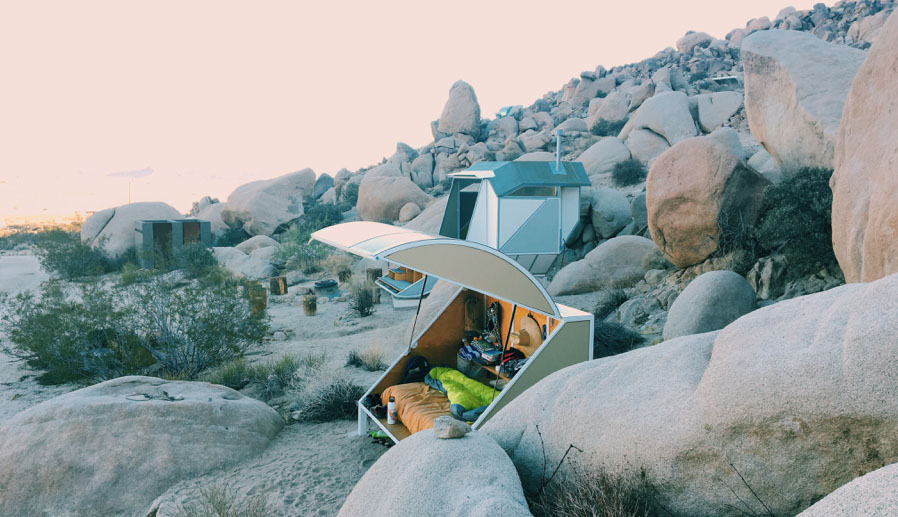 For the first two weeks of October, I lived outside in a small pod resembling a human BBQ in the backyard of a California desert based artist while doing research for a book project about deserts of the American West.

I spent my days driving long distances between all the desert towns surrounding Joshua Tree, California, and I had the opportunity to explore a part of the world that many of my fellow Los Angelenos only visit during music festival season, during which time they don desert costumes, usually appropriating native and gypsy culture to some degree.

When I’ve talked about the desert in various settings over the years—with family and friends, in academic contexts, with strangers outside of the desert—I’ve heard the same remarks time and again about the unviability of the landscape, the loneliness, the emptiness, the desolation. But there is a lot more to the desert that lies just east of LA than one might gather by simply listening to these kinds of conversations what construct the desert as empty space. The desert isn’t a costume. It isn’t a getaway. It isn’t a blank map on which we can project our dreams, projects, or futures. It isn’t the last frontier. It is a landscape and an environment. An ecosystem with its own environmental, emotional, and financial economies and it’s history runs as deep as any other piece of land on the planet. 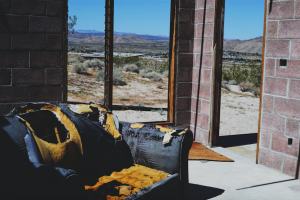 A couple years ago when I was teaching a class about deserts and violence, I asked my students what came to mind when they thought about the desert. The white board was filled with words like lonely, dry, barren, and vast. Over the course of their lives, my students had absorbed a cultural rhetoric that constructs the desert as void. But with the help of a few strong literary and scholarly sources, particularly scholar John Beck’s book Dirty Wars, we uncovered the desert’s secrets.

A lot of literary texts about the desert occupy a space of dual narrative because the desert is the site of a lot of secrets, a lot of erasure, and a lot of purposely-constructed history. Think back to how colonists in the eastern U.S. spoke of the deserts of the American West in the days of manifest destiny. How the deserts and the entirety of the West had to be imagined as empty in order to allow settlers to consider that space available for their occupation. But the American West and its deserts were never empty. Obviously the deserts of the American West and the American West itself aren’t interchangeable terms, but the deserts of the American West seem to exemplify so clearly how and why the American West as a whole was imagined and to what ends.
Some of my favorite texts about the desert are the ones that try to tell two stories at once. A story about living in the desert that is really just disguising another story about something more sinister. For example, John D’Agata, in his 2010 essay collection About a Mountain, willfully conflates two seemingly unrelated instances of violence in and around Las Vegas, Nevada: the use of Yucca Mountain just outside of Las Vegas as a storage facility for nuclear waste and the suicide of a man named Levi Presley. Claire Vaye Watkins writes of desert dwellers and their lives in her short story collection Battleborn, but these characters won’t quite speak the violences at the center of their lives. They avoid words like “rape,” “suicide,” “racial oppression,” or “abuse,” though these violences occupy most of the narratives in Battleborn.

Cormac McCarthy forgoes veiling violence in his novel Blood Meridian and instead floods his prose with direct and explicit violence that transcends the human body and permeates both the landscape of his novel and the language through which the novel is constituted, razing all discourse to the singular discourse of violence, highlighting multiple histories of violence at once. Michael Ondaatje, in The Collected Works of Billy the Kid, constructs a hybrid text that blends the fictional with the non-fictional in service of simultaneously mythologizing and de-mythologizing the notorious desert outlaw that is the namesake of his text.

What these novels and many works of literature about deserts of the American West have in common is their ability to paint the desert as a landscape but also as a space where violence and secrets abound. It is no coincidence that landscapes like the desert, known for the phenomenon of the mirage, are home to literature and conversations like these. 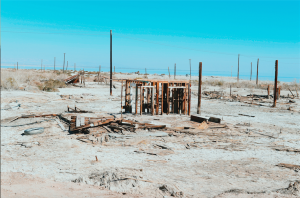 There is the aestheticized, romanticized desert with its wide-open spaces and vast empty landscapes, and there is the concealed desert with its history of manifest destiny, Japanese internment, nuclear testing, environmental destruction, weapons manufacturing and storage, and genocide. John Beck traces these histories in Dirty Wars: Landscape, Power, and Waste in Western American Literature, as they appear in literature about the American West. He makes visible the screen positioned between two versions of the desert, each contingent upon the other: “Speculators and aesthetics alike need the tropes of emptiness and uselessness in order to validate their construction of the landscape as available space.” If we imagine the desert as empty, we can fill it with whatever we please: nuclear waste, marginalized populations, environmental disregard. But American rhetoric around the desert allows it to become simultaneously empty and occupied, and it is this duality that serves as such an effective foundation for the kinds of metaphor, distraction, substitution, and dissemblance presented by so many authors writing about desert spaces in the American west.

Note: The title of this post comes from the first line of Adrienne Rich’s poem “Trying to Talk With A Man.”