Home
»
Series
»
Out of the Blue and Onto the Page: How Translation Rekindled My Passion for Writing 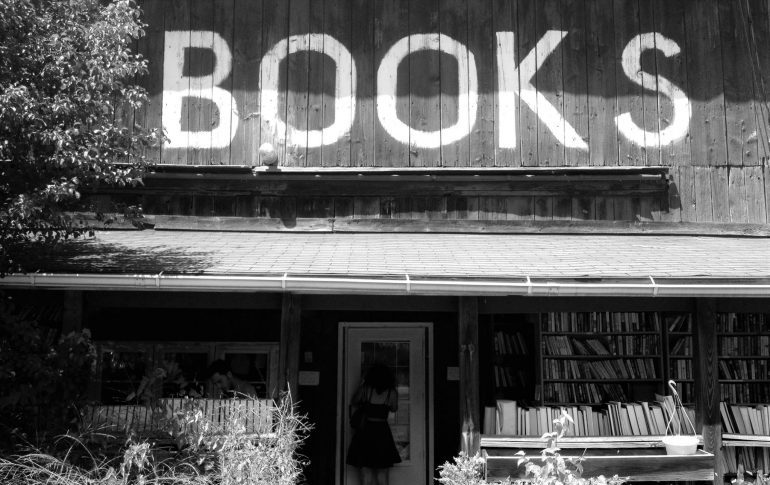 When my mother, born in America to Israeli parents, first met my father in Tel Aviv, she said she knew he was right for her because he was an American living in Israel. As a young woman who grew up in transit—constantly being moved around between the two countries—she recognized in him a kindred spirit: someone who spoke, lived, and loved both ways.

They married and had me, and whether they’d planned it or not, I came to embody this combination of the two of them: an American-Israeli and an Israeli-American. I grew up in Israel, spoke a semi-intelligible mixture of both languages, read books in Hebrew and English, watched movies without subtitles, and sported a funny accent.

I also wrote from a young age. Darkly dramatic poetry in Hebrew as a child, then short stories in English as a young adult. But as I grew older, writing became harder to do. Anxiety and self-doubt took the place of simple pleasure, and I had to psyche myself into creating new things. I still read a lot and dreamed of a career as a writer, but some of the magic was missing. The reading was slow going, doing any kind of artistic work was a struggle, and I looked around for different paths.

Then, out of the blue, I found translation. I say “out of the blue” because even though the notion was always inside of me, a seed of meaning that formed and informed my life, it hadn’t occurred to me to make it my livelihood until a coincidental encounter landed me my first small gig. I then sought out part time work at a translation company while completing my bachelor’s degree in literature and art at Tel Aviv University, working from Hebrew into English and from English into Hebrew. When that company closed, it was simple and natural enough to keep going, self-employed. I translated legal and business materials for newspapers and companies, and experimented with translating short fiction for a workshop I participated in at the University of Haifa and just for kicks. The sensation of bringing a bit of beauty from one language to another was exhilarating: English into Hebrew was fun because it let me share writing I loved (such as short stories by J.D. Salinger and Jonathan Safran Foer) with my Hebrew-speaking friends. Hebrew into English was a new, more foreign world: I could deliver some of my favorite things about Israel outside of the country. One day, I decided, I wanted to translate an Israeli novel into English.

More importantly, translation was a whole new way for me to make art. It involved all of the creative juices and artistic pleasure of writing new material—coming up with the right style and metaphor, building well-structured yet original sentences, meditating over the significance of each and every word—but none of the anxiety. Sure, translating could be scary: I was taking charge of somebody else’s work and I could mess it up, choose the wrong words, misunderstand an intention, turn readers off. But there was no blank page to stare forebodingly at me. The story was already there, as was the means of telling it. Now I had to retell it, in a language that would combine the author’s words with mine, that would do justice to what I saw as the most significant aspect of the text—be it plot, voice, or form—and that would captivate readers.

This new spark rekindled the fire of writing within me. I was creating my own stories again. Bit by bit, I put together an accumulation of original flash fiction, the kind of writing I could get away with without scaring myself off, which I eventually sent out as part of my application to the MFA program in fiction at Columbia University. My stated goal was to improve my craft and expand into longer form short stories and, eventually—dared I say it?—a novel. Shortly after beginning the program, I joined the dual course of study in literary translation, where I experimented with translating short pieces by Alex Epstein and Yoel Hoffman into English, and was encouraged to find a book to translate. So now I had two novels in my sights: one that I would create—from scratch!—in English, and another that I would recreate—from Hebrew into English. I was reading, writing, and translating at full speed. Art was transforming, finally, from a dream into an endeavor.

Within three years I published my first translation project: the novel Some Day, by Shemi Zarhin, which was published by New Vessel Press. Since then, I’ve translated plenty of novels, short stories, plays, and poetry collections. Some of these have already been while others are still waiting for their time to shine.

Translation offers a terrific balance of art and craft. But its true magic for me was in returning my childhood hunger for duality: here is something I know and understand in one language, but what would it sound like in that other vocabulary, that other voice, the other part of my personality? What would be a most natural way to say it? Now, how about a quirkier, more exotic way? Which works best? Would a foreign reader get it?

Best of all, translation is a career that lets me become immersed in books, losing myself both in the big picture and in the magical minutia, just as I was able to do as a child. Writing, though once again a steady part of my life, is still a struggle, but translation is always an enchanted—if difficult—pleasure. Just as I’d learned to make myself understood, first to my own bilingual mind, then to my Israeli classmates, then to my American peers; just as I’d learned how to translate my own ideas, jokes, and emotions, I was—and still am, even after dozens of projects—learning how to hone the skill of translating sentences, notions, metaphors, themes, art. When I speak to fellow translators I recognize that need to connect in them as well. We are all simply trying to share beauty with as many people as possible.