Home
»
Critical Essays
»
Out with T.S. Eliot, and In with Cathy Park Hong: Poetry Criticism in the 21st Century 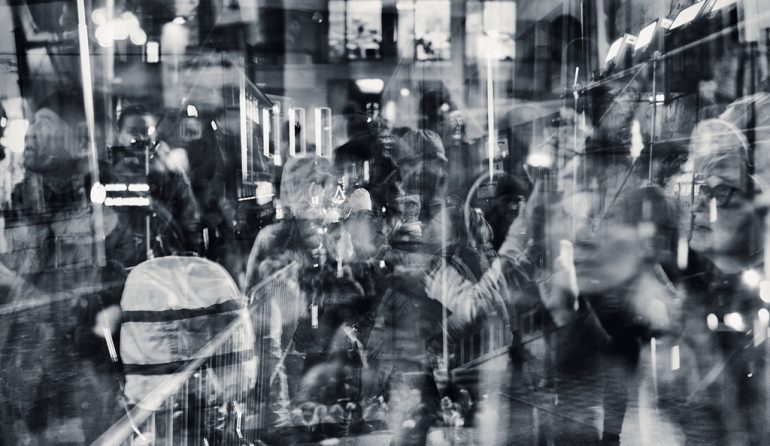 The debate about whether Rupi Kaur’s poetry (and by extension, the whole genre dubbed “instapoetry”) is good or bad has apparently been revived. Whether that debate is actually useful in the terms it has set out for itself remains to be seen. Most often, it seems, when the poet in question is a young woman of color, critics will be particularly intent on proving by a+b why her brand of poetry is blandly generic, consumerist in nature, trite and predictable. This is also often the opportunity for critics to dish out their definitions of what characterizes “good” or “bad” poetry—and those definitions are often shaped by voices from past centuries. Those voices most often happen to be older, if not dead, straight white males, and the critics justify their choice by highlighting the supposed impermanence and universality of their criticism.

And there’s the snag: literary criticism is hardly universal. Hailing Wordsworth as the end-all in terms of how we must consider poetry implies we’re erasing so much context—political, social, economic, cultural—from the equation. (How could you possibly use Harold Bloom to talk about gender, outside of a narrow, hypermasculine view?) It also means we’re not recognizing poetry criticism as coming from a place of ideology: we envision writing a certain way because our minds and imaginations have been mapped out a certain way. And writing off Rupi Kaur et al. because they don’t conform to the norms set out by certain white male critics, means our imagination and ways of approaching the world are limited to how those white male critics envisioned and experienced the world.

Which is a real shame. Especially since right now, the poetry renaissance that’s happening in the US, correlates with a literary criticism renaissance, with writers and thinkers putting out quality pieces that reflect on literature in a way that’s relevant and broad in scope.

Take Cathy Park Hong. Aside from three poetry collections that take a searing look at the intricacies of identity, history, and imperialism, she has published several essays which are definitely cornerstones of contemporary criticism: “Delusions of Whiteness in the Avant-Garde” and “Against Witness.” The former tackles the overwhelming whiteness of the avant-garde literary milieu, taking to task the white experimental imagination for claiming a postmodern, radical approach to identities while completely sidelining marginalized identities. The latter, meditating on Doris Salcedo’s art installations, squares up against the fantasy of the role of poetry as testimony when our time period urges us to remember everything.

Hong’s ideas—and her poetry—provide us with major tools to think about the interconnections of poetry, art, and contemporary modes of social and technological interaction, notably through the cloud. Why doesn’t her name show up more often then, in essays that reflect on poetry produced on social media and within this “cloud”?

Or take Adrienne Rich. Poetry and Commitment, the basis for the speech she gave upon accepting an award from the National Book Foundation, looks at how poetry has actually been lived and embodied, both in the past and in the present time. It’s a text that examines head-on how poetry is politicized and exists within a politicized world, eons away from the sanitized, aestheticized view of poetry (and literature in general) someone like T.S. Eliot has contributed to shaping.

If the criterion for critical legitimacy is how many decades have elapsed since the critic’s death, why not turn to James Baldwin? His essays on race, on blackness and whiteness in the US, on literary representations provide fundamental foundations to think about the many valences of identity, on both personal and political levels. Susan Sontag? Her essays on camp, photography, and pain helped define concepts that are crucial for contemporary cultural critique. Why not Teju Cole? Rebecca Solnit? Donna Haraway? Gloria Anzaldúa? Gerald Vizenor?

These are just a fraction of the thinkers who have shaped our twenty-first-century sensibilities regarding criticism, and who have helped us understand that placing moral labels—“good” / “bad”—on texts is at best misguided, insofar as it doesn’t take into account the profound instability, the slipperiness of any written text.

This isn’t to say that instapoetry cannot be critiqued. One can make a convincing argument as to how it’s a byproduct of neoliberalism. However, bandying about words like “capitalism” and “aestheticized” while remaining within a narrow critical frame that doesn’t even take into account contemporary thought means that the critique will lack context, focus, and effectiveness. In short: it’s lazy criticism. This is all the more important when the person who is being critiqued is marginalized because of their race, gender, sexuality, or class: the critical frames we use may simply reproduce certain axes of domination.

But all in all, this doesn’t quite answer the lingering question: why are people so obsessed with categorizing certain types of poetry as “bad”? Why are they devoting entire thinkpieces to this? The performance of pseudo-radical thinking merely ends up reproducing yet another normative critical framework.

The ways we think about ourselves and others has profoundly changed, and we need critics who can account for those changes.