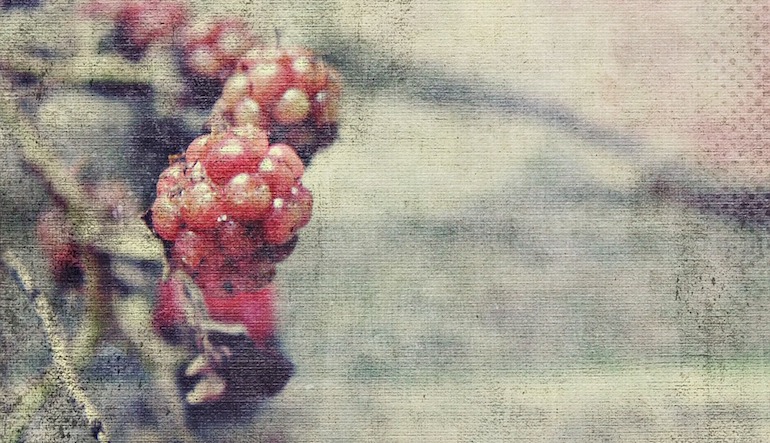 How is sexual awakening like a rotting house? How does human eroticism manifest itself in a fungus? What does it mean to break down that which separates individual organisms from each other? Jenny Hval delves into these questions and the strange spaces that emerge between them in her debut novel, Paradise Rot. Playing with traditional symbols of sexual awakening and twisting them into new forms, Hval explores the destabilizing nature of eroticism and reimagines the biblical Fall of Man within a narrative of queer female desire.

Paradise Rot, translated from the Norwegian by Marjam Idriss, tells the story of Jo, a Norwegian student who has gone abroad for university and who finds an apartment in a converted warehouse where another young woman, Carral, has been living alone. Jo expresses an acute sensual awareness, especially for sound. (Jenny Hval is primarily known as a musician and singer-songwriter, so it’s no surprise that sounds would take center stage in how she imagines a narrative of emerging eroticism.) This awareness sets the tone for a hyper-detailed exploration of the fluctuating boundaries between bodies and the worlds they inhabit.

But what does sound have to do with boundaries? Consider these moments from when Carral first brings the apples to the apartment:

Carral took another bite of her Honeygold apple. Her teeth met resistance in the flesh, and I heard them push further in […] When she chewed I could hear the sound of the fruit’s flesh dissolving into foam.

For Jo, the act of consuming is about more than just chewing and swallowing. It’s an act of merging, a meeting of two different kinds of “flesh.” Later, when the apples begin to rot and spread around the apartment, Carral leaves out a partially eaten apple every day, which Jo observes closely:

Sometimes I sat and watched the apple; how the juices dribbled from the bite marks. I wondered what was apple juice and what was her spit, and thought about licking the place where she’d bit to see if I could tell the difference.

These strange moments of hyperfocus on sensual detail gradually transition into instances that lean into the supernatural, where Jo feels certain sensations as Carral experiences them. These moments emerge out of seemingly mundane situations; for example, Hval writes, “When she dipped her tongue in the surface of the warm milk and licked up the skin, I felt the tip of my own tongue get warmer.” This supernatural exchange of bodily sensations emphasizes an ongoing advance toward inventive imageries of eroticism that necessarily reject traditional frameworks of penetration and active/passive dichotomies. Hval is more interested in the thematic work of erasing barriers between self and other.

The recurring imagery of rot and fungal growth presents another aspect of this self/other breakdown. In addition to rot’s increasing physical presence in the apartment, it also appears in the abstract as Jo becomes interested in mycology, the study of fungi. Through brief excerpts from Jo’s biology textbook, we learn about spores and the reproduction of fungi: “But what are fungi? Traditionally, biologists have defined fungi as eukaryote, organisms that produce spores and that reproduce sexually and asexually;” and later, “In some kinds of fungi (Rhizophydium) fusion between spores leads to transferal of one parent’s genes to the other.”

These details about spore-based reproduction reinforce an image of overflowing organisms that grow and decompose simultaneously: a self that cannot be contained, or a self that is always engaging in growth and decomposition, loss and gain. In considering the narrative of sexual awakening as a reenactment of the Fall of Man, the fungi serve as a reminder that the “loss” of innocence is also a “gain” of knowledge and experience, and the space houses even more organisms only because of its state of rottenness.

Even before the rot and fungal growth encroaches on the space, the apartment also appears as a device of eroticism in its structure: “The old warehouse interior had been renovated into an apartment with thin dividing walls made from plasterboard that didn’t quite reach halfway to the ceiling.” The rooms bleed into each other through this mysterious upspace, and this blurring of physical spaces becomes a way of imagining the breakdown of distinctions between self and other.

This way of structuring the space overlaps with and complements the other motifs of categorical breakdown: the consumption of apples, the fungi and rot, and of course, the supernatural sharing of sensations that would normally be confined to an individual’s perception. It might feel like an over-saturation of decomposition imagery, but even that feeling of over-saturation adds to the illustration of Jo’s awakening sexuality. This retelling of the Fall imagines sexual awakening not necessarily as a loss or a gain, but as an overflowing of the self.