Home
»
Reading
»
Past the City Limit Sign: The Role of Rural in 2016 Books 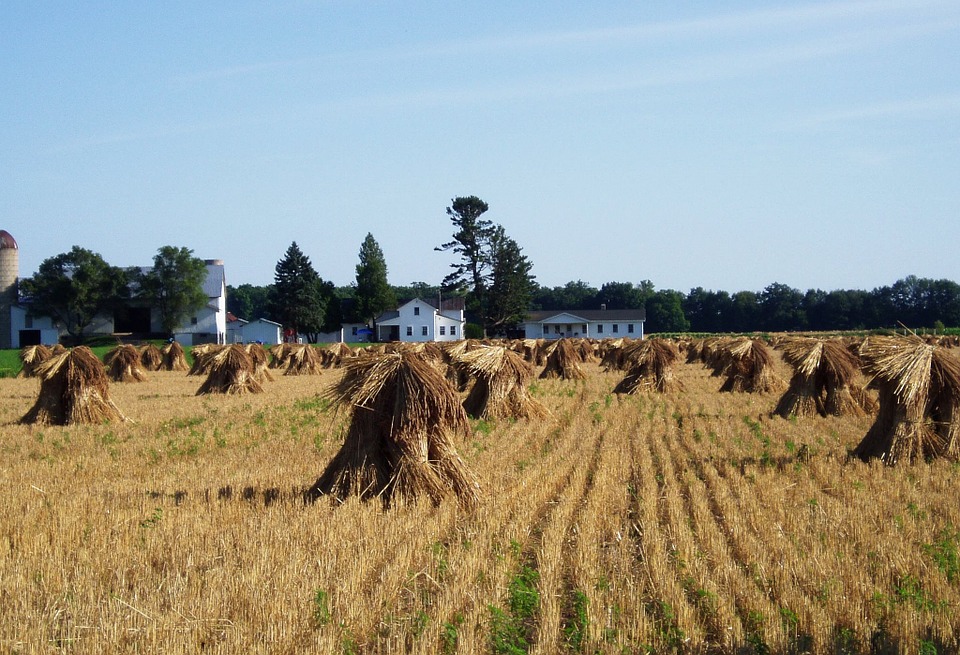 092016 was a year when, with trepidation, confusion, or anger, a lot of people were looking to America’s countryside. Hillbilly Elegy topped the New York Times bestseller list in August. We saw headlines like “Is ‘Rural Resentment’ Driving Voters To Donald Trump?” and we wrestled with what a map like this, depicting the sharp divide between urban and rural voters, meant for the future of America. The novels of 2016, too, wrestled with the city-country split, but that’s nothing new.

In fiction, a rural setting is generally correlated with one of two things. Either it’s an obstacle for the characters to overcome, or it’s an escape from the complexity and overwhelming enormity of urban life. Books that engage deeply with a rural setting are the exception, whereas books in an urban setting are often only notable for which city the author chooses to set the work in.

All of this is certainly reflected in the big, prizewinning books of 2016: both The Sellout and The Sympathizer are set primarily in Los Angeles (winners of the Man Booker and the Pulitzer, respectively), while Man Booker International winner The Vegetarian takes place in Seoul. The Man Booker International longlist was especially city-centric, with four of the six books set in cities (besides The Vegetarian’s Seoul there was A General Theory of Everything’s Luanda, The Story of the Lost Child’s Naples, and A Strangeness in my Mind’s Istanbul). The last two, Yan Lianke’s The Four Rooms and Robert Seethaler’s A Whole Life, were set in a Chinese reeducation camp and the remote Austrian Alps.

But more interesting than the city-heavy breakdown settings is to look at what part the conflict between the city and the country actually plays in the novels. In The Vegetarian, the protagonist, who is tortured both by gruesome nightmares and by the society around her, finally finds peace in a psychiatric hospital which happens to be on the outskirts of Seoul, far removed from the urban bustle the rest of the novel is surrounded by. In National Book Award finalist News of the World, the expanse of northern Texas is unrelentingly dangerous and the main antagonist of the story. Man versus nature.

The most interesting comparison between the role of rurality in books might be between two of the biggest titles from 2016: The Sellout (actually published in 2015 but I’m shooing it in due to its winning the 2016 Booker) and The Underground Railroad (National Book Award winner, catapulted into the spotlight by Oprah). Both deal with the Black experience and oppression, the former through a modern plot with acerbic satire and the latter via historical fiction with a dose of metaphor made real. Beyond that, the similarities are few and far between. There is a through line, though, in how the novels treat rurality.

In Paul Beatty’s The Sellout, the narrator lives in LA suburb Dickens, a place he refers to as an “agrarian ghetto.” The narrator has a small farm there, where he grows marijuana and fruit so good it verges on magic. His farm brings characters together, is a point of pride for the community, and fulfills something in the narrator vis-à-vis hard work yielding tangible results. It’s an alternative to a complex, contentious and even hostile environment that the narrator encounters when he ventures into the city. Simple, and good.

Simplicity is also attributed to rural landscapes in Colson Whitehead’s The Underground Railroad–but here, it’s a malignant, hateful simplicity. The main character, Cora, is an escaped slave. Everywhere she goes she is a fugitive. Safety eludes her no matter where she is. But in the country, on the plantations and in the frontier towns, the battle lines are clearly drawn. Cora knows who her friends and enemies are (for the most part). In the city, it’s unclear where treachery lies: who she can trust, when she can put her guard down. This split is a common theme in writing about American racism, comparing the open racism of the South with the more covert racism of the North. It even echoes back to Malcolm X’s sentiments on the 1964 election, when he said he might prefer the KKK-backed Goldwater over Johnson because then “black people at least know what they’re dealing with.”

2017 holds some upcoming familiarity: Mohsin Hamid’s next novel, Exit West, takes place in Lahore, Pakistan, continuing his focus on urban settings. Jesmyn Ward’s Sing, Unburied, Sing will, like her other novels, be set in the rural American South. Elif Batuman’s debut novel is set in Boston, and our newest dose of sci-fi from Jeff VanderMeer takes place in an abandoned city. Looking ahead, I’m curious as to what kinds of stories will emerge that focus on rural or city settings during a Trump presidency. Will the typical themes continue to be cemented or will variations become the norm? Given the continued urbanization of the US, it’s easy to imagine a future where life past the suburbs becomes less commonly depicted, more foreign to readers, and, ultimately, less scrutinized by literature.