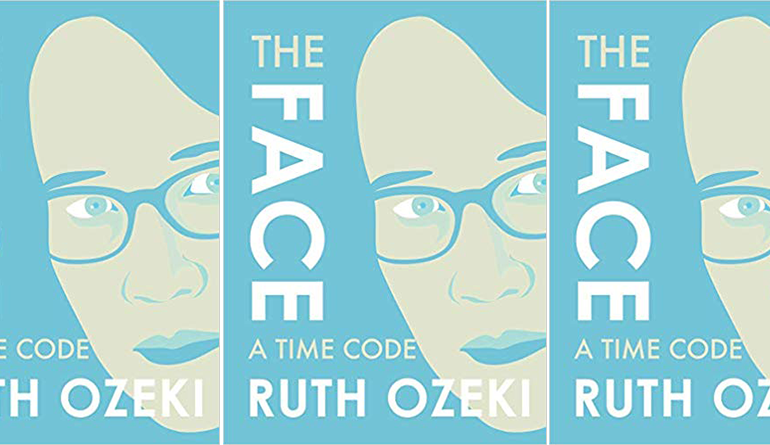 May is Asian Pacific American Heritage month and provides a chance for writers who identify as Asian Pacific Americans to move to the forefront of the literary scene when so much of the publishing world remains dominated by white voices. For one month, at least, there is a concerted effort for this group to experience the narrative plentitude that they might not otherwise see.

With any cultural or heritage-based commemorative month comes the discussion of identity and what it means to feel a kinship to certain labels. The discussion can be further complicated by the introduction of biracial or multiracial individuals, whose ties to their multiple cultural identities can be, at times, exhilarating and affirming, and also fraught. There is often a sense of not belonging anywhere, or of simply being partial, never a whole. Including biracial individuals in the celebration of Asian Pacific Islander identity highlights the messiness of cultural identity, as well as the range of experiences that exist under that umbrella term.

Questions of belonging appear throughout the work of biracial writer Ruth Ozeki, but she tackles her understanding of self directly in her experimental nonfiction piece, The Face: A Time Code. In it, Ozeki builds on an assignment by Jennifer L. Roberts, professor of art history and architecture at Harvard, that she comes across in an article written by Roberts herself. Roberts instructs students to observe a piece of art for three full hours and keep track of anything that comes to mind as they are encountering the work. Her intention is to force students to engage with the art, to process it and experience it in a way that most of us—in our current instant-click consumption of media—no longer do. In The Face, Ozeki does this experiment, but uses her face as the object of observation. She sets up a small mirror and places her laptop nearby so she can keep track of her thoughts and the memories that crop up as she sits, staring at her face for three hours.

Rather than being a narcissistic meditation or a cataloguing of each element of her own face, Ozeki’s experiment reveals how much of the face can reveal something about the individual, and of larger social or historical stories. At first, she struggles to stay focused and forces herself to look at her features. Her eyes hold her attention initially, so she considers them closely and describes them as markedly different:

The left eye looks slightly more Asiatic. The right epicanthic fold is more pronounced, making that eye look more Caucasian. I used to notice this when I put on eyeliner. But here’s something I’ve never noticed before, or at least never admitted: I have a preference. It’s subtle, but I’ve always preferred my right eye to my left. I’ve preferred my Caucasian eye to my Asian eye. Strange.

Observing her own eyes leads to a meditation on racial difference in post-World War II America, the world in which Ozeki—who is of Japanese and white American descent—grew up. Though she was born eleven years after the end of World War II, Ozeki describes getting odd looks from those around her, as the Japanese were still seen as the enemy and the United States was seen as the hero of the conflict, with little room for a more complicated reading of that historical narrative. It made many of the adults she grew up around uncomfortable to see a child borne of the love of two individuals from these opposing sides. The memories of teasing, the gaping faces, and the numerous What are you? questionings act as a time capsule of a moment when mixed bodies were less common, of when her particular collection of attributes was cause for concern. “Mixed-race children make adults uneasy,” Ozeki writes. “We make people behave in odd ways.”

As the minutes tick by in her experiment, Ozeki moves around her face, eventually taking it in as a whole and seeing in it something of a mask. She meditates on the disconnect she often felt with this mask during her childhood and through adolescence:

When I was young, my half-Japanese face signified a self that was at odds with who I felt myself to be. My face was a surface onto which people, especially men, projected their ideas of race and sexuality, Asian-ness and femininity, ideas that had little or nothing to do with me. I grew up wearing a mask on my face that I didn’t know was there, but over the years, of course, the mask shaped me.

For many people of color, identity is inevitably shaped in part by the way one is perceived by the outside world. Ozeki’s words therefore still ring true for the Asian American experience; though the biases and assumptions of the ’50s and ’60s of her childhood or the ’70s of her young adulthood are not exactly the same as they are now, many of the same Asian stereotypes still exist and directly impact the work of those of Asian and Pacific Island descent. R.O. Kwon recently tackled this topic in an opinion piece in the New York Times entitled “Stop Calling Asian Women Adorable.” Though Ozeki’s and Kwon’s experiences are decades apart, they touch on the same misreadings of external appearance.

While the image of a mask can hold negative connotations—a mask is often considered something that covers up someone’s true face—Ozeki reclaims the notion of a mask through the exploration of Noh, traditional Japanese theatre that relies on the use of masks to depict characters and emotion. In fact, rather than simply being a casual Noh enthusiast or collecting the masks as pieces of artwork, Ozeki actively carves her own masks. While a graduate student studying classical Japanese literature at Nara Women’s University, Ozeki was drawn to the craftsmanship behind traditional mask carving, going so far as to study with a renowned artist. She soon became skilled at a specific aging technique, mushi-kui (“bug eating”), intended to mimic the effect of bugs eating away at the wood over time. Though she spent a considerable amount of time focusing on the external side of the mask, she highlights the importance of the inside: “The inside of the mask is as important as the outside, since the shape of the interior affects the resonance and projection of the actor’s voice. The mask thus functions like a musical instrument, merging with and enhancing the actor’s chanting.”

So much of cultural or racial identity is focused on external features; historically, these features have been used to determine who belongs to a certain group and who should be the target of oppression. External features have also been the basis of beauty standards—the color of skin that is the most ideal, the shape of the eye that is most pleasing. The focus on external features can take its toll on those who don’t fall into certain parameters. But Ozeki reminds us that there is always another side to any mask, and that a mask doesn’t necessarily tell a story on its own. She understands that faces will always be interpreted in certain ways, but she chooses to inscribe her own meaning onto hers as best she can.

Ozeki’s meditation on her face is a look into her personal history as well as the history of the world that she moved through as someone from a biracial background growing up during a significant moment. Though she touches on the readings that were inscribed onto her by others, what remains most important to her are the people she sees reflected in her own face: her left eye indicative of her mother, her right eye indicative of her father, her Japanese grandparents who first introduced her to Zen Buddhism and her white fundamentalist Christian grandparents who accepted her without question.

Though a Pew Research survey dispersed in 2015 found that the majority of those who identified as mixed-race were proud of their background and felt more open to other cultures, how individuals identify and whether or not mixed-race individuals are readily accepted into their respective communities remains a topic of discussion. As Ozeki’s reflection shows, our conception of identity changes over time—whether due to personal maturity or changes in the social climate. It is therefore important to understand how cultural experience differs among those from varied backgrounds and remain open to identity as something fluid, generating a space where we can celebrate a wide experience of Asian Pacific Islander identity beyond a single month.