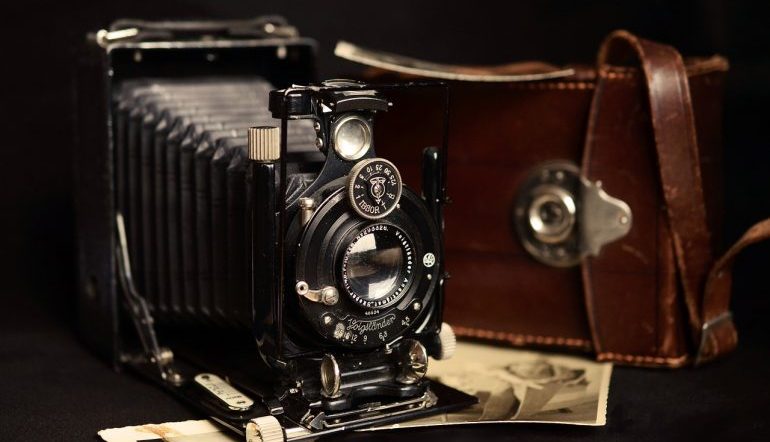 During the two years I spent in California, I took road trips around the West as often as I could. My boyfriend (a photographer) and I drove around Nevada and Utah and Arizona, toying with different ways in which we could make art, in our different forms, in the same spaces. When we drove Nevada’s Extraterrestrial Highway, we’d pull over the car, and he’d stand on the roof or walk off for a bit, taking pictures. Meanwhile I’d sit with the windows rolled down, experimenting with what I could write in the few minutes it took for him to frame his picture. It was an exercise in honing observation, in finding moments of stillness and specificity and considering their role in building narrative, which is an essentially mobile form.

Later, I read more about the interplay between narrative and photography in John McPhee’s essay “Under the Cloth.” In the essay, McPhee chronicles the collaboration between two photographers, Laura McPhee and Virginia Beahan. The two artists, who have worked together for more than ten years, use a view camera—as John McPhee describes it, “the nineteenth-century, Mathew Brady sort of camera.” The collaboration between them is quite literal: they make the image together, discussing composition under the “dark cloth” of the view camera.

The way McPhee structures his essay mirrors his subject matter: much of the dialogue in the essay isn’t attributed to either photographer, giving their words the effect of having emerged, at times, as a chorus from inside the camera with which they work. Although they’re making visual art, language, as McPhee observes, is key to their collaboration. He writes, “Neither one is hesitant with words. In the span of their work together, words by the tens of thousands, in every conceivable category, have been muffled by the dark cloth.”

The relationship between language and visual art is central to the essay. McPhee describes with photographic detail the images Laura and Virginia have composed over the years and around the world. In addition, McPhee recounts what he as a writer notices while he waits for the photographers to calibrate the view camera and capture their image (a process that can take hours).

One of the essay’s more dramatic moments unfolds at the New York Botanical Garden, where the two photographers are trying to capture an image of an indoor pond. McPhee sets the scene: “They are far into their third hour, much of it under the cloth, looking for stillness in the shining black reflection.” Meanwhile, McPhee wanders, “reading the small placards at the bases of trees.” The photographers discuss under the cloth, and finally, the pond is as still as they want it; but at the moment Virginia “moves to open the shutter,” the stillness is broken: “a child near the edge of the pool throws a coin into the water.”

In this moment, the roles of writer and photographer diverge. Both are observers, but the scene has different implications for each. While the view camera photographers wait for hours, concentrating and composing, the writer’s attention meanders. The moving element, the child who throws the coin, ruins the still image; by contrast, it gives necessary drama and dimension to McPhee’s narrative.

Much of the pleasure of the essay derives from the physicality of the view camera: when Virginia and Laura are “under the cloth” their appearance is “vaudevillian … [S]napshooters the world over have crowded in to take pictures of Laura and Virginia making pictures.” The camera is sensitive to wind, the rumble of traffic, etc.; it’s heavy and bulky; “to some extent the photographers build it every time they set it up.” The view camera creates a particular kind of image through extreme pause and meticulous composition; by writing about a view camera, McPhee creates a particular kind of essay, one that uses the techniques of both view camera photography (intense and prolonged gaze) and narrative (moving around in time). In this way, the essay describes another dimension of collaboration: not only the literal collaboration of the two photographers but also a secondary collaboration between writer and photographer—a collaboration that grows not from a shared process or product but from sharing space and observing the world side by side.