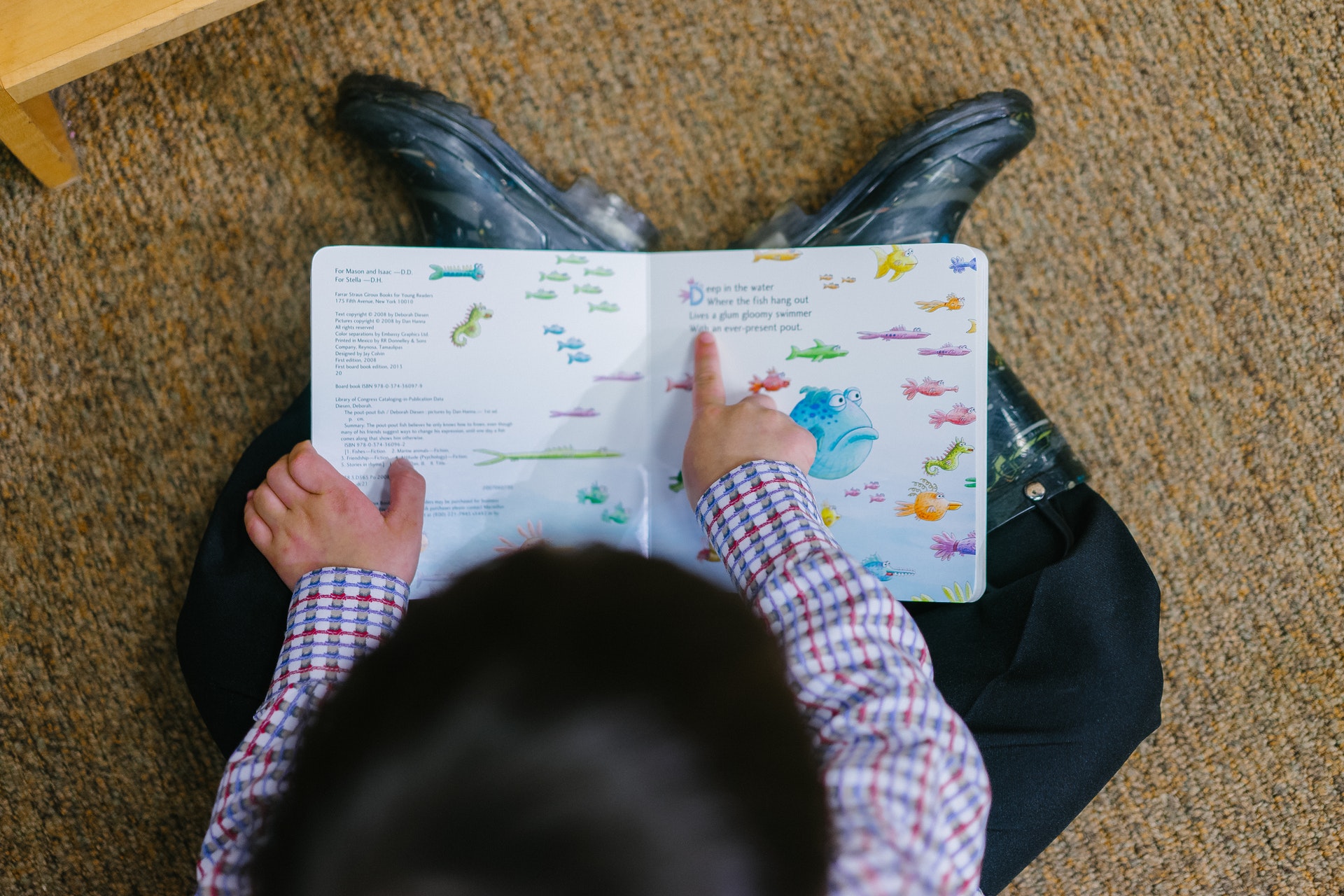 Last week, I wrote about a disturbing trend I see in children’s movies. For this week’s post, I asked Randy Testa, Vice President of Education and Professional Development at Walden Media, to share some reflections on the process of adapting children’s books to screen. Randy Testa spent six years as a third grade teacher, earned an Ed.D. at the Harvard Graduate School of Education, and taught at Dartmouth before taking on his current role. At Walden, Testa writes educational materials and programs related to Walden films, especially those based on beloved children’s literature.

RK: Can you describe your involvement in the stages of developing a children’s movie?

RT: I spend a lot of my time at Walden Media looking over what we’re doing–especially as concerns adaptations of children’s literature for the screen. And I spend a lot of time on the road talking with classroom teachers and librarians at state and national conferences.

Because I go as an academic not a salesperson per se, I try and offer presentations that look at some aspect of a forthcoming film and its relationship with the book from which it’s been adapted. My aim is to connect cool aspects of the film with the original text; to highlight themes that teachers might consider in their teaching of a work on behalf of their students, and to also speak to the merit of film use in a comprehensive, school-wide literacy program.

A recent example: we released our third film in THE CHRONICLES OF NARNIA series by C.S. Lewis, “The Voyage of the Dawn Treader.” Well, the central character is a “royal stinker” as he is described by Lewis, one Eustace Clarence Scrub, a boy whose stinkiness comes from one central problem. Lewis tells us (five times no less!) “He read all the wrong books.” Well. You can imagine how fun –and important–exploring what Lewis is driving at here is, for our film, for those viewing it, and for those thinking of teaching with “Dawn Treader.” So for me, that’s where the magic really begins.

RK: I was delighted to learn about your role at Walden Media.  Are most film companies responsible enough about the adaptation process to have someone in this role?  Or is Walden unique that way?

RT: I can’t speak to what other studios do. I just know what we try to do on a good day. And we are now in children’s publishing with Walden Pond Press, an imprint of HarperCollins. Now we’re REALLY on the lookout for stories to entertain and educate. In words and for the screen. It’s a way of furthering putting our money where our mouths are.

We have also recently made Walden’s tacit commitment to education more explicit. We co-produced the recent documentary about education, “Waiting for ‘Superman’” and we have a film coming out this fall, a drama not a documentary, called “Won’t Back Down” about two mothers –one a teacher—who come together to change their local school. Do you know how fun this work is for an ex-third grade teacher?! A good story gets people talking –and maybe even doing.

RK: Can you tell me about some of the reactions you’ve had from adults regarding Walden’s movies?

RT: I don’t mean to sound corny, but we’ve received several awards from regional teacher organizations for the work we’re doing at Walden in trying to enhance literacy through film. It sounds counterintuitive, but it really isn’t. Teachers and librarians and parents “get” what we’re up to. This keeps me going. Good film adaptations drive readers back to the works they’re based on. Ask the publishers!

But not every response is that satisfying. Here’s just one example of a whole category of questions I get, in which well-intended adults try to simplify the complex messages in these stories or appropriate them. I once had a parent come up to me after a presentation I did concerning our first NARNIA film, “The Lion, the Witch and the Wardrobe,” and say (in a slightly conspiratorial tone), “Don’t you think Christians really have an edge in their viewing of the NARNIA films over non-believers?”

This is a very interesting statement –and assumption. So, right or wrong, here’s what I said.

First, I told this father that Lewis himself, a Christian, an Episcopalian, had LOTS to say about what he was and wasn’t up to and that this father ought to take a look at a little essay Lewis wrote called, “On Three Ways of Writing for Children.”

And second, we as readers bring what we know to the reading of a work. A Christian reading Lewis as a Christian will find lots of great stuff to chew over in NARNIA. A secular reader will also be amply rewarded. Here I return to the question Lewis is posing through his royal stinker, Eustace Scrub, “Well then, what ARE the right books for children to read?”

Hint, some of them are described in “Dawn Treader” and not one of the three examples given is the Bible. They are: “detective stories” aka Sherlock Holmes–these help Edmund deduce what happened to someone they’re looking for; Androcles and the Lion, which helps Lucy point out to the others that the dragon standing in their midst doesn’t want to eat them but wants comforting; and The Odyssey, which King Caspian says is like the journey they are on. Lewis is jumping up and down begging us to offer children stories that nourish their moral imaginations –not simply “books of facts” which Eustace reads exclusively.

RK: Where, if anywhere, is the line between children’s stories and stories for adults?

RT: Lewis says “a children’s story which is enjoyed only by children is a bad children’s story… (and) a waltz which you can like only when you are waltzing is a bad waltz.” We do not as a general rule, feature lines in our films that are wink-winks to adults: slightly off-color material meant to go over the heads of children, to keep the adults ‘satisfied.’ I find this tactic extraordinarily cynical. We did a film I am especially proud of, “Holes” from the book by Louis Sachar. (Sachar himself wrote the screenplay.) This is a tough and very funny look at juvenile delinquents (so-called)–and there isn’t an f-bomb in the whole story. It doesn’t need them.

Entire families go to movies like “Lion, Witch” because Lewis’ stories have a built-in readership across generations, and there’s something for everyone without that “something” being an appeal to the lowest common denominator. And, dare I say it, they stand for something. There’s good stuff in the movies for further discussion. Art, Chekhov reminded us, is not supposed to offer solutions, but to correctly pose the questions.

RK: John LeCarre is reported to have said:  “Having your book turned into a movie is like seeing your oxen turned into bouillon cubes.”  Any thoughts on this?  How does it feel to be a person standing in between those two phases of a story’s life?

RT: I think all too often LeCarre is probably right. If you think about all the people involved in making a play, let’s say: producers, playwright, director, actors, lighting and sound people, props–well multiply that by a thousand, and you have a movie. Then ramp up the money involved and the fact that the primary role of a Hollywood studio is to get the most return for its investment at the box office –ticket sales– and you have an interesting, complicated set of conversations, temper tantrums, hopes and visions bouncing back and forth throughout the process. It’s hard and a joy, both.

Because we’re moving back and forth between written and visual texts, there’s a translation process. The excitement and tension in this work comes from looking at two words concerning adaptations: faithful and literal. The two are not the same.

RK: What was the biggest challenge in adapting “The Lion, the Witch, and the Wardrobe” to the screen?

RT: People of all stripes have very definite views of how they want their C.S. Lewis depicted. Let me repeat. VERY definite views. So the question is how do you sell as many tickets as possible to a massively budgeted film and also do something of integrity? The simple answer we arrived at is: trust Lewis. He knew what he was doing.

RK: I got up on my soapbox last week about what feels like—pardon me–the mother of all narrative twists in children’s movies: killing off mom. In Should We Burn Babar? Essays on Children’s Literature and the Power of Stories, Herbert Kohl makes a distinction between books that raise difficult issues (which is, after all, an essential role of literature) and books that “explicitly propagandize for inequality and misery.” It’s a useful formulation, I think. Maybe the question isn’t whether a children’s movie or book dips into that well, but why and how. I mistrust those films that enact and then cheerily move past the pro forma murder of mom…yet I still love the Harry Potter books and movies, which don’t shirk the impact of the mother’s death and the book’s many other tragedies, but explore how Harry’s losses shape him. Making sure we stay realistic about the emotional impact of the difficult stories we tell children–is that a way to draw the line between embracing difficult subjects and exploiting them?

RT: I think C.S. Lewis –in the essay I mentioned—and Kohl are saying much the same thing: there’s good fantasy and harmful fantasy. Harmful fantasy asks children to believe they can, for example, in a very popular film called The Parent Trap, bring their divorced parents back together. Harmful fantasy shows Babar’s mother killed by a hunter at the outset of that picture book with the rest of the story moving along as though nothing happened–least of all, to Babar.

Lewis argues that in a world where atomic bombs are a given, children should at least “hear of brave knights and heroic courage; otherwise you are making their destiny not brighter, but dimmer.” Good fantasy–presented through good stories–helps children make sense of reality, not the other way around. It’s what the very youngest children do on their own: tell and act out fantasy stories. We just pick up where they leave off.