Home
»
Critical Essays
»
Pictures of You: Understanding Life Through Memoirs 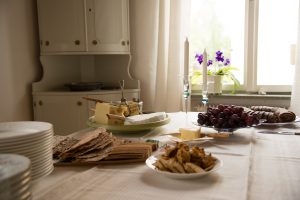 We are all justifiably fascinated with our own lives and many of us are eager to write and share our personal stories. Both the celebrated and the less so believe they have something important and real to share. And as readers we want to hear it—or at least I know I do—especially if there is something I can understand about my own life from reading about the lives of others. Authors trying to make sense of their world by examining where they came from and how it shaped them write the memoirs I admire most.

The need to figure out why we are who we are is what drew me to Elissa Altman’s memoir Treyf, a bittersweet and touching memoir of the author’s growing up years in 1970s New York City and Queens.

Altman won a James Beard Award food writing award for her blog Poor Man’s Feast. She also authored the year-long “Feeding My Mother” column in the Washington Post, a chronicle of her dogged efforts to encourage her aging mother to eat well that ended in May 2016.

Perhaps it was Altman’s column about the tangled but loving relationship with her mother that prompted her to take a longer look at her family going back to a time before she was born. Her glamorous but difficult mother and her bookish and conflicted father are at the heart of the book. Altman looks back at them with a combination of a daughter’s love and an anthropologist’s scholarly curiosity.

She introduces us to her family and observes them with us. Her stern, unloving grandfather who loved his rituals more than he loved his son, Altman’s father, sounds mysterious and familiar at the same time. For that group first generation immigrant men, including both of my grandfathers, going to synagogue was more important than almost everything else. Later, when her father stages his rebellion, it comes in the form of eating as much treyf (non-Kosher) meat as he possibly can in the Army mess hall, with his goal to be as outwardly American as possible.

For the first time I can remember in a lifetime of reading, I saw pieces of my family and myself in Treyf, which is a tribute to the character portrayals and tiny details so deftly included. Like those who celebrate Jewish Christmas with a movie and some lo mein noodles, Altman remembers her friends’ bar and bat mitzvah celebrations at the Tung Shing House. Moments like this articulate the one thing that ties all generations of Jewish families together—the overwhelming desire to be American and, more importantly, the desire to be seen as American, while somehow still holding onto the religious and cultural traditions. At the end of the book, she writes about her father sharing books with her about the often tragic history of the Jews:

My father believed I would put down my From the Mixed Up Files of Mrs. Basil E. Frankweiler and my Trumpet of the Swan, Tiger Beat magazines and my Wrinkle in Time; he imagined somehow that I would read and fathom this story of deception of anti-Semitism of false appearances and desire. He wanted me to believe what he believed:  that redemption waited at the end of every Jewish life—even one that had gone completely off the rails.

All of us, we love our French towers of boiled prawns eaten at the Cafe de la Paix in Paris […] our bits of bacon that cling to the blue cheese in the Cobb salads we order at our ladies’ luncheons, our piles of red glazed pork ribs at the Tung Shing House.

In a post on her Poor Man’s Feast blog, Altman talks about the experience of writing Treyf and what she thinks she learned from the experience:

Treyf is the story of this navigation, of stepping into the future with a need to cling to the past. It’s about the leaps of faith that we all have to take as we negotiate the universe; it’s about becoming inveterate rule-breakers—all of us, even our parents and grandparents—in the face of tradition even as we long for the security and supposed safety of that tradition.

Her message: to know who you are, remember where you came from. It’s an important take-away, that makes this memoir a memorable one.