It’s been a long, tortuous path from the inception of the Fantasy Blog competition to the finals, full of upsets and surprises—but here we are, left with two teams standing after the semifinals three weeks ago which brought surprises of its own.

After a cross-country move, the commissioner was rendered connectionless in his new apartment in the Great American Midwest. As if to mock his Net-less existence, Facebook decided to cripple our voting system with no warning. Without even a hanging chad to count, we were forced to rely on an arcane calculation that involved mixing salt crystals taken from the white T-shirt Kerouac wore when writing The Scroll and mixing them with the dregs of a dusty bottle of ron añejo found in a closet at the Hemingway House, creating an obscene, literary Papa Doble daiquiri. The resulting concoction sent the commissioner into a disturbing sleep during which he learned, in a dream, that the winner was none other than What the Chuckin’ Buk?!

Thus we have the following two teams facing off for the title of Fantasy Blog World Champion!

In the finals, yet again, we have two contrasting teams. Michael Nye, Managing Editor of the Missouri Review, has built The Holden Caulbabies with a core of legends surrounded by contemporary luminaries. On the other hand, Jordan Kushins, Ploughshares blogger, writer, and maker, has mined her interest in design and combined it with artists of spiritual power and purity.

We’ve looked at these two teams closely in the previous match-ups. The Holden Caulbabies had a bye in the first round but then somehow managed to take down the combined unpredictability of Hunter S. Thompson and Werner Herzog on the well-appointed Mighty Duck Palahniuks in a very tightly contested match. What the Chuckin’ Buk?! took down an equally impressive lineup that included Virginia Woolf and Langston Hughes on Vonnegut to the Chopper.

We have an establishment player versus an up-and-coming freelancer, and both know how the game is played. According to Kushins, the Chuckin’ Buckers have been waiting for this all season:

Alright alright alright! This is precisely the kind of slam-bang, leave-it-all-on-the-Internets match-up What the Chuckin’ Buk has been training for all season. Not only do we know how to write—hoo boy do we know how to write!—but we’ve got a mighty clear advantage in terms of putting together a site that people actually want to *look at* as well as read. Sure, the Holden Caulbabies might argue that it’s just the words that count; but we all know it’s a hell of a lot more compelling to stick around and click around on a well-designed page that offers endlessly fascinating visual stimulation to complement the incredible text. When it comes to proving who has the true creative cred to bring home a win from this—the most unconventional of literary terrains—we simply cannot be beat. 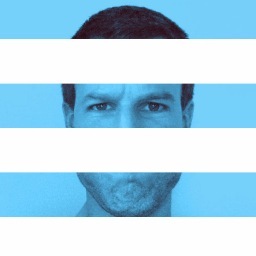 Clearly Kushins is playing for the visual aspect of blogging, hoping that Irving Harper and Geoff Manaugh can provide a visual structure for the site, which Dorothy Parker can then promote and the three-pronged attack of John Martin, Boris Vian, and Kahlil Gibran can infuse with inspired content. A quick look at Manaugh’s BLDGBLOG shows the potential here.

But Nye is betting that What the Chuckin’ Buk?! won’t be ready for what’s coming:

At a large circular conference table, the Holden Caulbabies sit across from What the Chuckin’ Buk?! Dave Eggers rises to speak.

Eggers says, “A man becomes preeminent, he’s expected to have enthusiasms. Enthusiasms, enthusiasms… What are mine? What draws my admiration? What is that which gives me joy?”

He raises up a baseball bat. “Baseball!” Eggers says. The What the Chuckin’ Buk?! team members applaud. Roxane Gay glances at Montaigne. They both know their enemies aren’t ready.

“A man stands alone at the plate,” Eggers continues. “This is the time for what? For individual achievement. There he stands alone. But in the field, what? Part of a team. Teamwork… Looks, throws, catches, hustles. Part of one big team. Bats himself the live-long day, Babe Ruth, Ty Cobb, and so on.

Faulkner leans into James Baldwin. “You know, Alec Baldwin’s scene from Glengarry Glen Ross would have been good, too.”

“Yeah, but the fantasy baseball angle. You know? Fun stuff.”

Bishop whispers, “Or Tom Hanks in League of Their Own.”

“No, the other one. ‘No crying in baseball, Rogers Hornsby was my manager’, etc.” Faulkner and Baldwin nod in agreement.

“If his team don’t field,” Eggers says, “what is he? You follow me? No one. Sunny day, the stands are full of fans. What does he have to say? I’m goin’ out there for myself. But… I get nowhere unless the team wins.”

He is standing behind the What the Chuckin’ Buk?! team. They aren’t ready for what’s next. 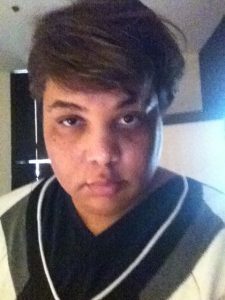 The commissioner isn’t even sure what’s coming next, but he knows it’s going to be something impressive. We’ve made a lot of noise about Nye’s “Big Three,” but like Kushins with Manaugh, the pick that might define his team most clearly is that of Roxane Gay, who is just all over the Internet all the time. Her recent essay in Creative Nonfiction “The Danger of Disclosure” comes close to defining an ideal for writing, especially online:

Both of our teams in the finals have a sense of where they are strong and when they should raise their voices. Now the only question that remains is: do we have a winner? Cast your vote here! Voting closes at 11:59 p.m. on September 3rd, and the winner will be announced on September 10th.