Home
»
Uncategorized
»
Ploughshares Fantasy Blog Draft Round 2 – Vonnegut to the Chopper! vs What the Chuckin’ Buk?!

Voting this past week was a return to the pitched ferocity of the first round, as both Benjamin Samuel’s The Mighty Duck Palahniuks (Electric Literature) and Michael Nye’s The Holden Caulbabies (Missouri Review) brought out voters in force. The two teams deadlocked at the end of the week, and again we were forced to undergo a tiebreaker: this time, each manager was tasked with composing a sentence mentioning each of the bloggers on their team.

The winner, a difficult selection made by the commissioner after consultation with the Ploughshares blog editor, is Michael Nye and The Holden Caulbabies! His winning sentence challenges even some of Gogol’s finest work:

Preparing to write “On Tiebreaking,” Michel Montaigne tips way back in his chair and lights a cigarette for James Baldwin, who then spins back to his desk and reviews all his travel vouchers and photographs and notes from his most recent globetrotting; across the room, huddled over a coffee table, Elizabeth Bishop and Dave Eggers discuss the imagery in the third stanza of her latest poetic masterpiece; at her desk, Roxane Gay frowns at her computer monitor, thinking through her recent essays on Trayvon Martin, or “Blurred Lines”, or the new Channing Tatum movie, or how women in sex scandals are rarely forgiven; and William Faulkner slips from desk to desk, pouring everyone a finger of bourbon, smilingly ruefully as he repeats “The past is never dead, it’s not even past” and Montaigne’s eyes light up, turning to his colleagues, and after they all agree with the new thought entering his head, with nods and slight smiles, he turns back to his desk and writes “We’re living the future, so the present is our past, and our presence is a present: kiss my ass!”

So despite the bye and a week of rest, The Holden Caulbabies shake off the rust and advance to the finals to take on the winner of this week’s match-up.

The second half of the semifinals presents a very different set of teams from the previous Clash of the Titans. First and foremost, we have two Ploughshares bloggers facing off against each other. (The commissioner will be watching closely to ensure that we don’t have a Chinese badminton situation here.)

Secondly, we have teams of very different character. As Vonnegut to the Chopper! manager Brenna Dixon has noted, this is a return to the endless low/high culture clash from the first round:

Chuckin Buk has the element of surprise on its side, sure. Who would expect to see Irving Harper and Kahlil Gibran on the same masthead? But what the team gains in literary prowess, they lose in universality. It’s the ol’ High Art vs Low Art battle all over again, and as Andy Warhol (and every college dorm room) proves, Low Art always wins. Anyone who’s taken a high school English class or reads trade paperbacks will know the names on my team roster. And where there’s universal name recognition there’s a broader—and larger—reader base.

And we all know that readership makes the blog.

That’s a hot dish of trash talk, but is Dixon on target with her call here? Kushins was certainly bold with her first two picks: John Martin and Boris Vian have name recognition only to literati with both breadth and depth of knowledge. They don’t seem to present any threat to luminaries Max Perkins and Virginia Woolf (especially when you think about Bolano sitting down there at the Nonfiction spot, ready to help in a fictional pinch). 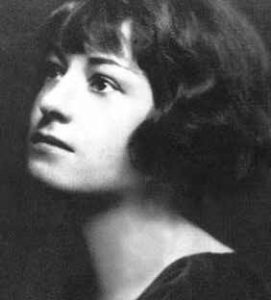 Kushins doesn’t seem to care; she noted in her team intro that they “don’t need no stinkin’ playbooks.” There’s a swagger, too, that becomes apparent with the Dorothy Parker pick. Parker is, perhaps, a pilot for this “ship of fools” as she sits in the social media director seat and launches pithy commentary. Her first attack would probably be to call Cheryl Strayed’s advice “superfluous” and undress her as she did Mrs. Post in the New Yorker—although Strayed will put up more of a fight than hoighty toighty Mrs. Worldly.

If there are chinks in What the Chuckin’ Buk’s armor, it might be the recurring design/architecture motif, with both Geoff Manaugh and Irving Harper dedicated to the visual. This could be Kushins attempt to triangulate a readership of her own: she has a couple of specialists bolstered by passionate supporters of the Arts (Martin) and a witty word maven (Parker).

Dixon, on the other hand, clearly has the readership in mind. After taking down Buckle Your Corn Belts last week, her team looks balanced and ready to advance to the finals. Krakauer and Woolf balance the high and the low on her team to a certain extent. Bolaño is unpredictable and prolific, and one of the few non-Americans in the group, which definitely earns points and expands readership. 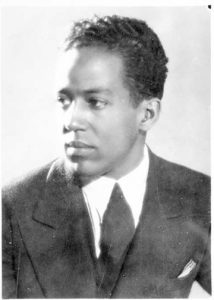 In the end, the final tally might be determined by the poets, which is one of the most even and interesting on the board. Kushins starts Gibran who, although unknown by name, is the third best-selling poet of all time and represents a minority experience in America–a life of an immigrant whose family and companions toiled to support his art.

Dixon brings another legend to her team: Langston Hughes, who is none other than the voice of a generation, far more immediate in effect than Gibran’s universal and philosophic feel. What this says to the commissioner is that the reader is (almost) never wrong—and ultimately will be the judge of not only literature but also this competition.

May the best bloggers win! Cast your vote on our Facebook page to determine who will advance to take on the Missouri Review‘s Miami Heat–like squad in the finals!