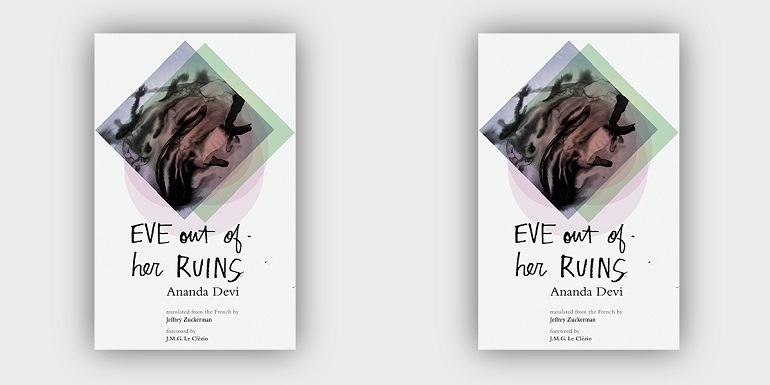 Could a novel simultaneously peeve feminists and slash our image of the Garden of Eden? You might think so when you read Eve out of Her Ruins, a novel by Mauritian author Ananda Devi. The short and gorgeous book empowers women in a way that might infuriate some feminists.

Its tits-forward approach to sexuality, in fact, brings to mind Camille Paglia’s salute to prostitutes, all the while evoking reconsideration of the Biblical tale of Eden. Through taut, sizzling tension, Eve comes to a dark, definitive climax.

Far from the glamorous side of Mauritius, where the world’s wealthy go on holiday, the story takes place in the ghetto neighborhood of Troumaron—the side farthest from the Garden of Eden. It’s a place where the “eczema of paint” passes for architectural décor, and a playground is “a battleground teeming with needles [and] shards of broken glass.”

Readers come to know the story of Eve’s impact on the ghetto through the perspectives of four of its inhabitants: Sapphic lovers, Eve and Savita; Rimbaud-inspired Saadiq, who’s lovestruck over Eve; and Clélio, always a suspect when crime visits their neighborhood. The terra firma of the four teenagers is blasted away when a heinous crime occurs–one that leaves the reader shocked.

This slim, lyrical novel does not rely on straightforward plot for comprehension. Sometimes Devi’s chapters unwind as narrative fragments. Sometimes they are simply poetry. Through Jeffrey Zuckerman’s tremendous translation from the French, audiences enjoy metaphors that strike with boiling intensity. Some lines may make readers wonder if Devi is a misandrist: “The day I say I love you to a man, I’ll kill myself,” Eve says.

Eve tells how she became empowered. “Pencil, eraser, ruler, it didn’t matter. The boys gave me things. . . . And then, one day, when I asked without seeming to, they asked me for something in return.” One boy didn’t wait for her response; he took a piece of her instead. While he raped her, she felt her mind vacating her body until he climaxed, looking small and pitiful in his afterglow. “As if he had been erased. Now he existed only through his hands. Now he existed only through me.”

Rather than allowing the young men in her neighborhood to determine her value according to how much she gave in to their sexual needs, Eve brandishes her feminine power like a weapon or currency. “I am seventeen years old and I don’t give a fuck. I’m buying my future.” To prevent her father from molesting her, for example, she opts to disgust him, leaving her “underwear lying around to keep him out.”

Though in a relationship with Savita, Eve shares sexual favors with a teacher in exchange for private tutoring, knowing, like the Biblical tale says, that education brings power. In Eve’s case, it may help her ditch the ghetto. Savita witnesses violence in one of these trysts, which sets off a series of events that shows the teacher is no Adam or apple; he’s the snake. It’s Eve who’s been wronged.

Her claim to the dominant side of the gender wars echoes Paglian philosophy. Readers can almost hear Paglia cheering on Eve as she has cheered prostitutes in the past: as avatars of sexual power, exploiters of men’s inadequate control of their own libidos. It is women, as we see through Eve, who have the power to accept or deny a man’s plea for attention and relief, like a Roman emperor giving the thumbs up or down. Or, as Paglia has written, “The prostitute is not, as feminists claim, the victim of men, but rather their conqueror, an outlaw, who controls the sexual channels between nature and culture.”

In the end, I would argue that Devi’s message is not necessarily a feminist one, but is instead a message of muliebrity, or the female equivalent of machismo. Devi reveals a character who not-too-subtly believes that repressing feminine sexuality is a waste of God-given gifts. A woman doesn’t have to be pretty, Eve notices, or have a supermodel’s physique, or feel at all inferior to men. It’s the birthright of her gender that has bestowed upon her the power to sink ships. It may just be men’s fear of that power that disabled her from rising above the bottom of society.