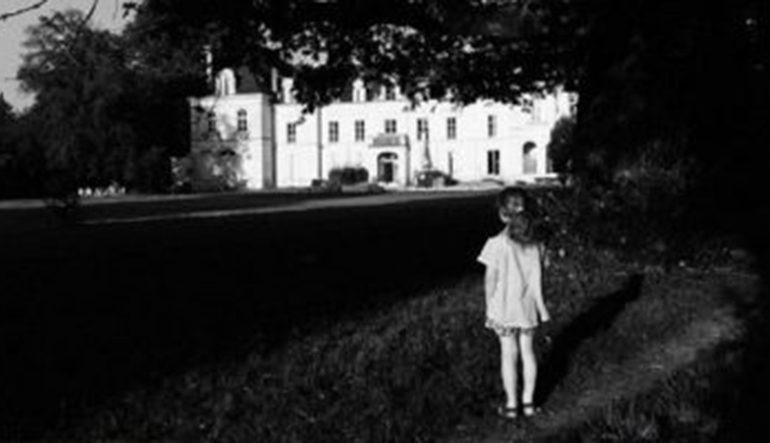 In I, Little Asylum, Emmanuelle Guattari reflects on her childhood at La Borde, an experimental psychiatric clinic founded in 1951 in the Loire Valley, France. A landmark in the history of clinical treatment for dissolving doctor-patient hierarchies and breaking with traditional internment so that its residents could partake in collective life, the clinic’s contemporary resonance—for experimental psychiatry and queer analysis—is still unfolding. Guattari’s parents, including her psychoanalyst philosopher father Félix Guattari, worked here for the duration of her childhood, and her autobiographical vignettes offer an alternative insight into this ‘communist utopia,’ rendering a childhood spent within a carefully cultivated environment where the medical and domestic meet in unlikely fusion; ‘We knew, of course, that the Residents were Madmen. But La Borde was, first and foremost, our home.’ Are the textures of this novel cum memoir particular to its setting? Can we detect in the book’s rhythm and style anything that directly belies growing up in this ‘clinic disguised as a castle’?

From the outset, Guattari’s description of ‘a clinic disguised as a castle’ feels poetically charged; the castellated structure’s outright allusion to fairytale is more subtly underpinned by the suggestion of La Borde as a place—and psychiatry as a practice—where consequences can be suspended and certain outcomes coerced. The clinic’s architecture remains a central element of the book, not least because it so keenly informed the clinic’s revolutionary approach: La Borde’s directors believed the hospital could no longer be dealt with as ‘a passive instrument,’ and analysis no longer limited to the consulting room. Instead, therapeutic treatment was meted out across the whole institution, inciting a freedom of circulation that in turn produced ‘unexpected interpretation effects.’

This ethos extended, inadvertently or otherwise, to the children who grew up on La Borde’s grounds. Throughout her recollections, Guattari and her brothers move freely and without scrutiny, her recollections demonstrating a loose relationship with causality that rings of childhood logic, ‘We went to the Chicken Coop to swallow raw eggs whole’. As the novel continues, however, the fabric of their collective childhood seems more indelibly stamped by this particular setting, conjointly marked by this ease of movement with an unabashed lyricism; ‘We moved about like a host of sparrows, gathered in a brazen and loquacious constellation.’

Speaking directly to her interactions with the clinic’s ‘Madmen’, we can see more nuanced results of her internalizing the clinic’s radical culture; ‘…I naturally parsed, from my daily interactions, the madness from the most fundamentally human exchanges, which the whole project of La Borde protected fiercely, without one impinging on the other.’ Her resistance to pathologizing the patients as ‘abnormal’ and the realisation that, indeed, there are no ‘Madmen’ but rather varied degrees of reactivity to oppression and porosity to trauma, is only one instance of the even-handed gaze woven through the text. In this sense, though their sensibilities are polarized, there is a certain kinship between I, Little Asylum and Carol Rama’s early watercolors. After her mother was institutionalized when the painter was twelve, Rama made daily visits to the asylum where her mother lived, and in the 1940s began painting the patients she met there; these nude women are both scatological and erotic, and while ‘[they are] restrained… [they] do not lack independence.’ Guattari’s interactions with La Borde’s patients continue in a similar vein: while their difference is not obscured, importantly, neither is it othered.

It was their aptitude for conversation… their kindness or their impatience… a worrisome or ravaged faciality…the odd bodies, the gracious ones, the tortured hands… as in any society, everything added up to some sort of signal which revealed whether contact was indeed possible…

This even-handedness—a pattern of observance, inquiry and interpretation—repeatedly shapes the book so that the prose style comes to conjure the lilt and cadence of analysis. Judgement is excised in favor of suggestion and interpretation, and observation begets further questions rather than assertions; ‘At La Borde, they only took care of grown Madmen; there were no mad children. Did that mean we thought we’d end up sounding like Madmen when we grew up?’

This calibrated distance between the prose and its content—a distance that is not quite clinical but certainly disassociated—is further in keeping with analytic methods, and sees Guattari linger in subtext and implication. Here, partial but nonetheless startling excavations take place:

I was ten and I remember reading, with great concentration, the volume on the details of Mengele’s experiments, the one on the French female prisoners of war at Ravensbrück, and the one on Auschwitz… [the] volumes were so heavy they made my wrists buckle. They left me with aches that never faded.

By taking heed of the rhythms of the unconscious, Guattari’s recollections forge a topography of intensities, a narrative trajectory that moves via lateral associations and leaves the reader to discern the book’s connective tissue. I, Little Asylum owes its rhythm and impact to this implicit performativity, and while offering a counterpoint to the official material generated around her father’s work and La Borde, the book also suggests poetic offshoots of philosophy and psychoanalysis, and calls to the kinds of witnessing or storytelling they allow us partake in.

Our kitchen turned red. I liked it; it brought a certain carmine peace.