Home
»
Publishing
»
Poetry as Dialogue: Some Thoughts on Chapbooks 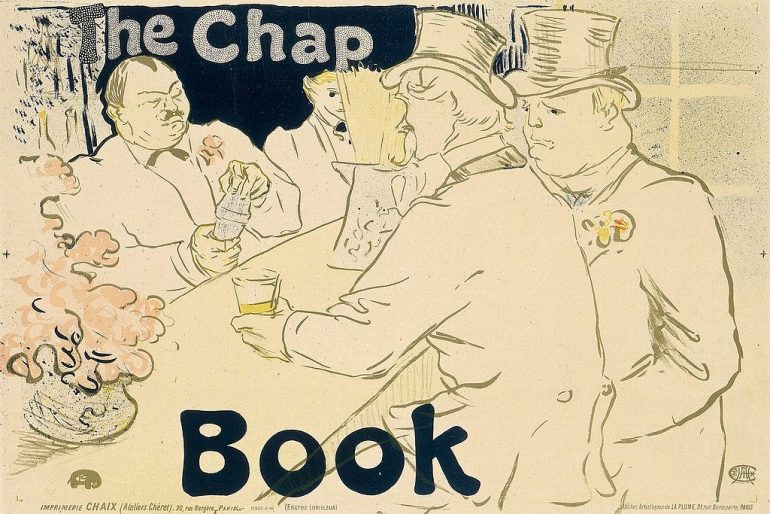 It’s possible that there’s never been a better time for poetry chapbooks. Over the last ten years or so, they’ve become a stepping-stone for many new poets on their way to publishing full collections, meaning that hundreds of new and established presses now produce chapbooks of excellent work from emerging voices. The form’s proliferation invites a closer look at its history and evolution into a particularly appealing medium for poets, past the initial entry into book publishing, to explore possibilities for more direct engagement and dialogue with readers.

Chapbooks arose in the English-speaking world in the late sixteenth-century, when literacy rose among the lower classes. Bookmakers responded to this expanding readership by producing cheap, short books (the smallest, eight-page books might be sold for as little as a half-penny), sometimes hundreds of thousands of chapbooks were printed in a year. Outside of cities, where chapbooks could be purchased directly from printers, tradesmen (known as chapmen) began to distribute these pamphlets along with other wares as they traveled from town to town, and readers often shared copies. As the form grew in popularity, printers produced chapbooks that reflected new readers’ interests and lives. Early chapbook content included anything from poetry and shortened versions of traditional literature, travel accounts, and almanacs; chapbooks were also a main source of news.

Arguably, contemporary chapbooks offer poets the same opportunity to engage with readers through this abbreviated form, not always due to necessity, instead using it to present more specific and focused groups of poems than in their full collections. One compelling example is Danez Smith’s black movie (Button Poetry, 2015), which uses film as a filter and a metaphor for celebration, rebuttal, grieving, and necessary self-documentation in black lives. Although a professionally bound book, black movie follows in the chapbook tradition of using the form to share and discuss critical recent events.

“Short Film” is a series of “not-elegies” for young black people, including Trayvon Martin, Michael Brown, and Renisha McBride. Most of them were shot and killed by white people, almost all police officers, who (with one exception) were not found criminally accountable for these shootings. Each “not-elegy” in the sequence is a specific, personal exploration of death, some separated by other poems that place these deaths in a wider scope, and often step forward to address the reader, asking: “what does it / feel like to be safe? white?” This engagement takes advantage of black movie’s chapbook format to issue a directive for awareness when we may be tempted to think none is needed: “listen to my laugh / & if you pay attention / you’ll hear his wake.”

Chapbooks remained popular until newspapers and the mass production of literature became affordable in the nineteenth century. The form was revived in the twentieth century, first by the surrealists, then again by the Beats. These books were mainly produced with what was readily available (mimeograph machines, cardstock). Dorianne Laux’s 2012 The Book of Women (Red Dragonfly Press), a letterpress, limited edition (200 copies) chapbook of only ten poems reflects this progression, although using materials of higher quality. The chapbook also allows to her to share with readers, in this more intimate format, other themes related to her most recent full-length collection The Book of Men (W. W. Norton, 2011), published just a year earlier.

The Book of Men marks time and change through and against men in a speaker’s life, through music or love or her work as a waitress. Of course, women are presences in these poems, powerful ones, sometimes more memorable than the men who inspired the poems themselves (as with “The Beatles,” or “Bakersfield, 1969”). The poems in The Book of Women more explicitly acknowledge the complexity of these relationships, through women’s bodies and women’s work. Joy and connection are hard-won, and often fleeting. The friend in “Woman in a Bar” is irresistible, if only because she’s “in the early years of her drinking”; the woman the speaker connects with in “Secondhand Coat” is the dead wife of a lover. In the very first poem, “Waitress,” the miracle arrives when the speaker’s job ends: “This is the grand phenomenon of my body. This thirst / is mine. This is my one and only life.”

“Nearly Free,” the last poem in The Book of Women, describes two friends driving in their car to the beach; their world seems open. Smith’s chapbook, too, ends with a black boy looking out a bus window onto the road in “Dinosaurs in the Hood”: “his eyes wide & endless / his dreams possible, pulsing, & right there.” The potentiality of this imagery resonates, not just with these collections, but with their form.

Digital chapbooks, possibly the form’s most accessible iteration, are becoming increasingly popular and sophisticated (see Kimberly Ann Southwick’s recent blog post for some new examples worth checking out). They also, as is the case for The Book of Women, ensure that limited-edition chapbooks continue to remain accessible once they are out of print. This fall, with the release of Anne Carson’s Float, we’ll see another innovative approach to chapbooks, in the form of an invitation to readers to order the poems. As chapbooks continue to evolve, their history seems inseparable from their future possibilities for poetry that fosters connection and exchange between writers and readers.