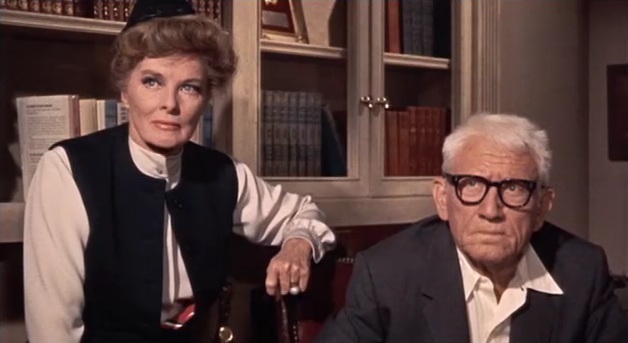 Poetry has created many great traditions out of responding to other art forms. Poetry’s love of visual arts has led to a venerable canon of ekphrastic poetry. Its fondness for music has created a subgenre all its own. But there seem to be far fewer poems willing to take on the silver screen.

One reason may be that film is a narrative art form, and poetry, at least since the time movies have been a major part of culture, has always sought to subvert narrative. Even the most narrative poems, after all, are generally labeled as “lyric narratives” with the “lyric” label going first. Lyric is the opposite of temporal, chronological, moving through time in an orderly way; instead, it slows or stills time, like Keanu bending to avoid bullets in The Matrix. It lingers, it dwells.

The other difficulty about pairing film and poetry is that film’s challenge is to represent the interior externally. We can only know a character’s inner life if they tell us or another character what they’re thinking. We can have voice overs or narration, but mostly we’re stuck on the outside, examining emotion and motive through gestures, actions, speech, interaction. Poetry’s bread and butter is the interior; it goes where movies want to go, but can’t, by the nature of the form.

So when a poem wants to respond to a film, how does it resolve the tensions between these two forms? Or, perhaps more accurately: how does it make use of those tensions, and alchemize them into art?

One approach is to make the poem a kind of third thing, a space that resembles a poem and a film narrative and in resembling both becomes something other. In Morgan Parker’s “Guess Who’s Coming to Dinner,” from her new collection Magical Negro, the poem becomes a site of cultural criticism. Parker zeroes in on the ice cream scene in the 1967 film of the same name, with Spencer Tracy’s character trying to seek comfort, “the familiar thing,” by going out for ice cream after learning that his daughter is engaged to be married to a black man. The poem is structured as a prose paragraph, and reads with the straightforward cadence of a Wikipedia plot summary; it begins, “Spencer Tracy, growing more frustrated, decides to take a drive, in search of a particular flavor of ice cream.”

Where the poem’s electricity comes from is the friction between this jaunty synopsis style and Parker’s sharp look at the film’s handling of race. Through Parker’s poem, we understand that the saintly Dr. Prentice character played by larger-than-life actor Sidney Poitier (or, as Parker slyly puts it, “Sidney Poitier, played by Sidney Poitier”) exists not so much a real, complex human, but as a foil, “perhaps even unbelievable,” designed to bring out Tracy’s character’s irrational prejudice. Parker points us to the overt symbolism of Tracy, initially unhappy with his ice cream flavor, though eventually coming to feel that it “isn’t half bad.” What interests her more, though, is put at the poem’s climax: the pitting of Poitier’s character against the family’s black cook. Parker writes, “[T]he family’s angry, wise-cracking black cook, Tillie … is loud and hardened, a thing to be tolerated, and she makes the most fantastic pies. She does not advance the plot.” Parker forces us to ask questions about the roles of the black actors and their characters, especially as they are pitted against each other. The language is devastating: Tillie is a “thing” that is not integral to the story; Poitier’s character is “very well-spoken,” code readers will recognize for the racist trope of the Articulate Black Man. What complexity—what humanity, even—are these characters allowed? The answer comes in the poem’s final line, which pivots us back, of course, to the white figures in the film: “Katharine Hepburn shines in this Academy Award Winning role.”

If Morgan Parker makes her poem the site of a kind of cultural criticism, then Maggie Smith’s work offers us another avenue for considering poetry and cinema. As part of a series of poems on apocalypse flicks, Smith wrote “Night of the Comet (1984)”  about the cheesetacular sci-fi comedy movie of the same name. Smith’s approach in this poem is to imagine the inner lives of the characters, to create emotional biographies for them that do not exist on screen, or are only hinted at. Part of the delight, of course, is that Smith chooses to do this with such B movie characters; she examines with tenderness the two teenage girls who are still left after “a comet vaporiz[es] / everyone on Earth.”

Like Parker’s poem, Smith’s is also rather narrative—one of the ways, I think, that poetry accommodates the narrative form of film. And like Parker, Smith is also interested in cultural critique, this time through the lens of gender. She points out the surprising toughness of one of the girls in the face of a newly vanished world: “But even when a girl / picks up a Reebok and pours out the powdered remains / of a foot, she doesn’t cry.” Where Smith differs from Parker is in that imagining of the girls’ inner lives, the surprising way they “forget” and “ignore” the turmoil of their present situation to take advantage of its surprising pleasures: a mall now empty and full of clothes for the taking, the fact that, for once, teenage girls are at the top of society’s hierarchy.

There are many poems that engage with film by meditating on a particular actor, by writing a paean, say, to Marilyn Monroe or, in the famous case of Frank O’Hara, to a collapsed Lana Turner. But these aren’t necessarily poems about movies. Poems like Parker’s and Smith’s show us different avenues of what is possible when poets take on film, each creating something new from the collision of two forms — a magical third space where the best of each one lives.