Home
»
Reading
»
Presto!: A comparison of Magical Reveals in Fiction 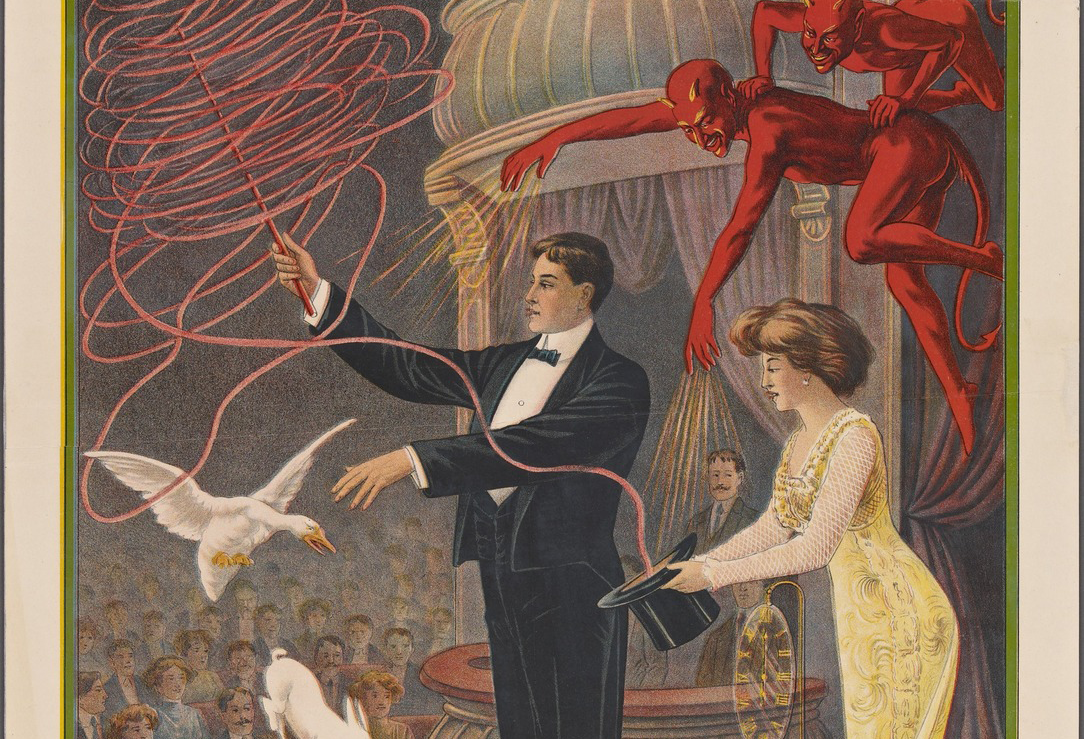 A friend and I were recently talking about weird fiction. We were trying to figure out when the best time to make the “magical reveal” would be in a story. Should it be in the very first few lines so a reader knows what they’re getting into? Should it be delayed, so as to ease the reader in? Should it be hidden deep in the story so that an “anti-genre” reader might feel less hesitant about continuing?

While the field of weird fiction is large, for the sake of brevity, we’ll narrow in on two works by a single author. China Mièville is one of the front-runners in the field of weird fic. He’s also (bias alert) one of my favorite authors. His works include: Embassytown, The City and the City, and a recent short story collection Three Moments of an Explosion. In this story collection, Mièville covers a lot of ground and a lot of story-types. Two of the pieces, “The Design” and “Polynia,” approach the “magical reveal” in different ways and end up creating two different, and differently engaging, worlds.

“Polynia” sets its reader directly into the strangeness, beginning:

When cold masses first started to congeal above London, they did not show up on radar. By the time they started to, perhaps two hours later, hundreds of thousands of people were already out in the streets and gaping skyward. They shielded their eyes—it was cloudy but very bright. They looked up at glowing things the size of cathedrals, looming above the skyline.

This beginning doesn’t allow the reader any acclimation. Instead, we are as stunned as the denizens of the story, who become so enamored of the giant icebergs floating above the city. It’s a bold move, in a way, as Mièville is pre-empting a sense of awe. When there is no build-up to the magical reveal, it removes the beauty that can come with the unfolding of that magic. However, there’s a good reason behind this choice: it allows the reader to become quickly accustomed to the strangeness, mirroring the way that the characters in the story become quickly accustomed to the icebergs. This plays against how unpredictable the event, and icebergs themselves, is and ends up surprising the reader more when other aspects of the story, and its strangeness, are revealed later. By making the weird into the normal, we’re even more set-up to be disturbed by anything that becomes even stranger.

Alternatively, in the story “The Design,” Mièville eases his reader into the stranger elements of the piece. The story begins:

There is a fact familiar to anyone who has worked with the dead. Do anything to a cadaver, it will do something back to you. This is not gusty spiritualism but psychology. It is true for even the gentlest interaction: actually cutting those quiet specimens provokes a far more serious response. One adjusts with speed, but the act never loses its taint.

Here, while the tone of the piece feels strange, we are grounded in a realism—cadavers, later we learn that the narrator is a medical student, and psychology. It isn’t until deeper into the story, that a character finds the weird element: a cadaver who has intricate patterns carved onto his bones. This delay of the “magical reveal” situations one into the world more firmly. The reveal serves to give us as much of a shock, as it does for the character who comes upon it. It also fits into the weaving of the overall story narrative better. Wherease “Polynia” is a narrative about community and reaction, “The Design” is very clearly situated in the realm of a secrecy plot. In order to add another layer of secrets to the story, it only makes sense to delay the narrative reveal.

In the end, the reveal itself comes down to, as it should, what best serves the story. If an author wishes for the reader to be kept in the dark because it serves to reflect on the secrets a narrator keeps from themselves then the delayed reveal becomes powerful mechanism to deploy. If the author makes a reveal early to shift a readers perspective and set them off guard for a later, truer reveal, then it’s an equally smart rhetorical choice. Authors, like magicians, need to know when the best moment to pull back the curtain is, and the only way to know this is through the act of performing the trick itself.