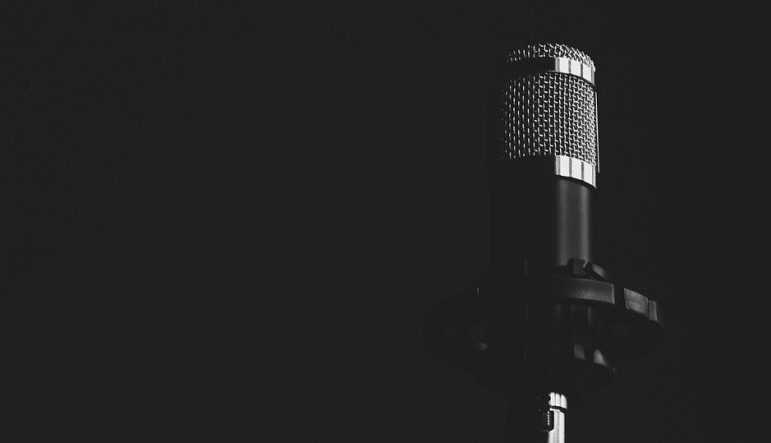 As I prepared to conduct my first interviews with writers back in 2013, I worried I didn’t have any questions to ask the interviewees, even though I’d read their books thoroughly, graffitiing their pages with elaborate marginalia and filling my writing journal with quotes and notes. But imposter syndrome, disproportionately experienced by professional women and individuals who belong to marginalized groups, gave me doubts. Did I have any good questions? And, for that matter, did I even have authority to ask them? I was sure the whole experience would reveal me to be a softheaded fraud, incapable of having a real conversation with a writer.

I’d been asked to run a journal’s online prose feature of interviews and reviews; I knew the only way I could get over my fear of interviewing was to prepare, prepare, prepare. I read other interviews done with my subjects to avoid softball questions—things they had been asked before and things that seemed to be asked by every interviewer, but, due to nerves, I still didn’t always ask the questions I should have.

On an episode of Commonplace, poet Rachel Zucker’s podcast of “conversations with poets,” Kaveh Akbar talks about the first interviews he conducted for Divedapper. He declares his first interviews “starchy” and “bad.” A turning point in his interviewing craft came when he asked the poet Fady Joudah a question that was “right over the plate.” Joudah responded by saying, “Why are you asking me that? Do you really want to just hear the same answer that I’ve given?” After that, Akbar explains, he pushed himself to ask the questions to which he really wanted to know the answers, to dive deep into the work and into the writer’s mind.

But interviewing isn’t just about the preparation, attitude, and approach. I’ve been reflecting upon the privilege of being an interviewer—of selecting who is worthy of being interviewed, of asking questions, of being someone who has the opportunity to enter into a dialogue with a potential interview subject, and of being someone who feels like they have the right and expertise to do so.

The first literary interviews I remember reading were those conducted by my undergraduate poetry professor, a white man of a certain age. They were compiled in a collection published by a university press in 1983. Although I was his student many years after this, the book still struck me as representative of the contemporary literary environment. White men were asking most of the questions, and white men were answering.

As I grew as a writer, I began to seek out interviews published elsewhere, in other collections and in literary journals. The pattern continued: white men interviewed white men. It was a subtle sign: I knew I could never publish my work in those places, not even as a facilitator of a conversation with another, more prominent writer. I could read these conversations, but I could not participate.

The trend was reiterated off the page. At post-reading Q&As, I found that those who asked questions were often white people, most of them men. In all writing workshops and master classes, men seemed to dominate the conversation, even if they were the gender minority of the group. Once, as an undergraduate, a visiting writer gave me his email and told me to reach out if I wanted to “continue the conversation,” which I took to mean an exchange about poetry, his work in particular. When I asked him a question about one of his books, he replied tersely, “I don’t have to explain myself.” (Later, I realized he had other ideas about the content of our conversation.) As I became wise to the gender politics of the literary community, the thought of asking a straight, male writer for an interview felt like an imposition at best or, at worst, an invitation for a sexually charged dialogue. To ask a female writer for an interview made me feel as if I were asking them to do more work, to perform both intellectual and emotional labor, something I didn’t want to do given the fact that most female writers I knew seemed responsible for so much beyond their primary jobs. As an interviewer, I queried many writers and found that many female-identified persons, especially if they were people of color, were more likely to not have time to participate in the interview because of other obligations.

This issue extends beyond the literary community, into the sociocultural circumstances of our lives, intersecting with race, class, gender, sexuality, and ability. Not everyone has always been encouraged in their curiosity, encouraged to question. Although we’ve all likely heard that there’s no such thing as a bad question (and there is, by the way, but that’s another story), this statement doesn’t give permission to ask—or, for that matter, answer—a question.

Interviewers, in responsibly conducting themselves, should therefore interrogate their work and their participation in a society in which such an imbalance is omnipresent: What systems are in place that prevent some people from asking questions in the way that they want to ask them? How might asking a question make someone vulnerable? How about answering them? Would more parity and inclusivity in author interviews allow for a decolonized mode of questioning, a space in which we are challenged to think—and, therefore, ask questions—in new ways? How much might an interviewer’s understanding of and engagement with poetry change if they committed to interviewing writers outside of their own demographic identifications and aesthetic schools? And, lastly, interviewers might each ask themselves: Do the questions I ask of this particular person silence anyone else? And what is the cost of my silence?