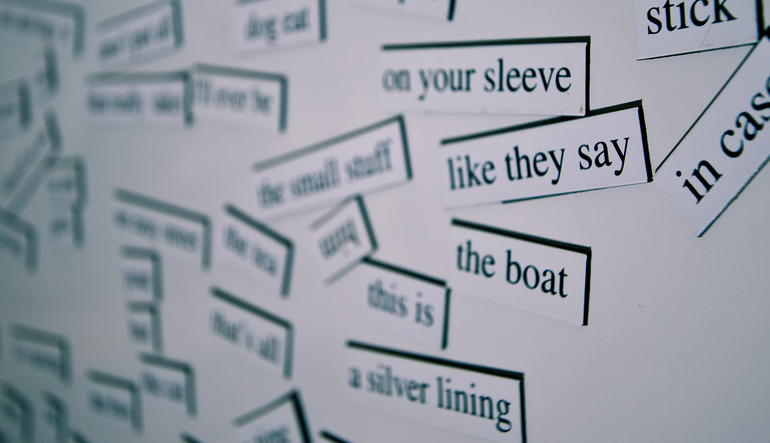 If you crack open an issue of a nationally distributed literary magazine these days, you’re unlikely to see a lot of traditional sonnets, villanelles, ballads, or other formal poetry that at one time dominated the art. Most creative writing courses don’t actively encourage the writing of formal poetry (or any strain of poetry in particular, which is probably a good thing), and few teach students scansion—the analysis and visual representation of poetry’s metrical qualities.

I think poetry suffers from this inattention, though.

I’m absolutely not saying that all poetry should rhyme or conform to standardized metrical specifications, but I think that a lot of poets today haven’t cultivated a deep appreciation for rhythm and the sonic qualities of language, haven’t fully internalized it, because they haven’t really dug in to the traditions of formal poetry in Western literature. (I know I sound like a super old man writing this: kids these days.)

This does not and should not mean I think that contemporary poetry need include archaisms or attempt to replicate the poetry of earlier centuries. What it does mean is that, in my opinion, contemporary poetry should reflect an understanding of those poetries and react to them in some meaningful way. (The poet Matthew Rohrer’s work often intertwines with that of the Romantic poets; Ben Lerner’s first book, The Lichtenberg Figures, is a sequence of modern sonnets.) What I’m saying is: the more poetic tools you have available, the more varied and intricate work you can perform.

If you want to understand iambic and trochaic meters, you could (and should) read Shakespeare—one of my favorite discoveries was that while most of Macbeth is written in iambs, the witches chant in trochaic tetrameter. For dactylic, you could read Longfellow or Browning. (You could go whole hog and bust out Homer, too, but you’d need to be able to read ancient Greek.) The examples needn’t be hundreds or thousands of years old, though; I’d argue that no one has mastered anapestic tetrameter better than the twentieth century poet Theodor Geisel. There’s not a kid in America who hasn’t read his work under his pseudonym: Dr. Seuss.

It seems to me that something about human nature loves song, meter, rhythm, rhyme. In her memoir Out of Africa, Isak Dinesen recounts a story of how a group of Kikuyu loved when she invented Swahili verse for them, even if it was nonsense: “As they had become used to the idea of poetry, they begged: ‘Speak again. Speak like rain.’” As poets, one of our many goals is to speak like rain, and while the natural pattern of rainfall may seem antithetical to the idea of learning formal meter, I’d argue that it isn’t at all: regular patterns emerge in nature all the time—a heart beating, rain tinning the roof, birds chattering, what have you—and I imagine that, in a lot of ways, formal poetry grew out of the imitation of those patterns.

There are a number of contemporary poets who do write formal poetry, and the ones who do it best do it because the poem calls for form or because the application of form to the poem is itself a sort of commentary; never does the form impinge or impose itself on the poem. I think our best poets, even—especially—the ones who don’t tend to write poems in preexisting forms accomplish what they do because they know how to write in those forms, they innately understand meter and rhythm and rhyme, they can build the animal of the poem without killing it. (Dean Young is fond of saying that “we are making birds, not birdcages,” and I agree.)

This goes back to my belief that, regardless of whether you follow the rule or break it, you should understand what the “rule” is, why it exists, and why you’re doing what you’re doing. No poet is harmed by internalizing formal poetry, and I think most, if not all, are bettered by it.