Home
»
Interviews
»
Process and Place: An Interview With Jessie Chaffee 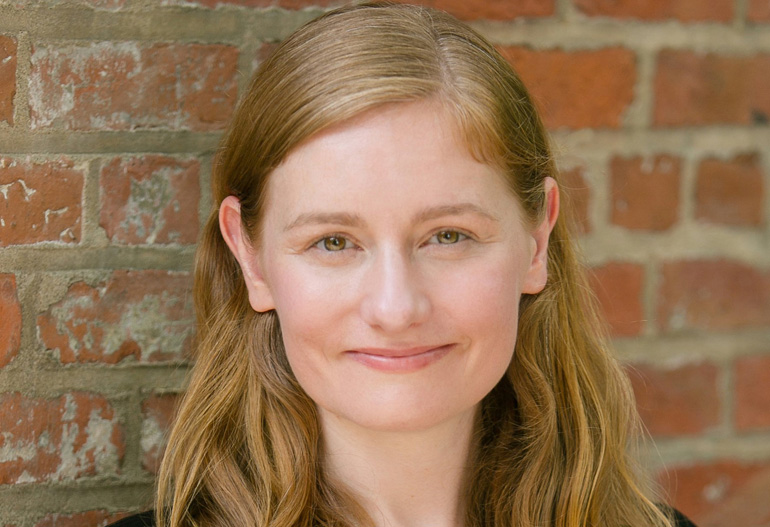 On June 4, I attended Jessie Chaffee’s reading at DC’s Politics & Prose, where she read from her debut novel Florence in Ecstasy (Unnamed Press, May 2017). Afterward, over pizza, we decided to extend our conversation about her process and the role of place in her work into an interview.

Jessie Chaffee was awarded a Fulbright grant to Italy to complete the novel and was the writer-in-residence at Florence University of the Arts. Her writing has been published in the Rumpus, Slice, Electric Literature, Bluestem, and Global City Review, among others. She lives in New York City and is an editor at Words Without Borders.

Patrice Hutton: I’ve heard you say that it took nine years for this novel to come into the world. Could you talk about the different stages of putting this story together and how the novel progressed toward its final form?

Jessie Chaffee: While in the MFA program at City College, I was given the assignment of writing the first chapter of a novel I’d never write, along with a brief description of the book. I’d been reading a lot of work by women who write—in a way that is visceral and psychologically immersive—about women on the fringes struggling with alienation and addiction, and so I decided to write a chapter that was in conversation with that work. I wrote what would become the prologue of Florence in Ecstasy, and then a few paragraphs describing the rest of this never-to-be-written novel—it would focus on a woman’s relationship with her body in the aftermath of the addictive experience of an eating disorder, and it would be set in Florence, a city where I had spent a good deal of time, but that was distant enough for me to imagine the feeling of being a outsider there. After I turned in those pages, I decided that I wanted to write the full novel. The prompt was important—it allowed me to approach writing a book without feeling intimidated, and freed me to pursue content and a style I was passionate about with second-guessing myself.

While writing the first draft (which took about four years), I realized that the Italian Catholic mystical saints, women famous for their ecstatic and sensual visions, were relevant to my protagonist Hannah’s experience with an eating disorder, and that this story of a contemporary woman was actually about the much longer history of women’s relationships with their bodies and searches for meaning. Once it was clear that the saints were going to be crucial to the book, I applied for (and, fortunately, was awarded!) a Fulbright grant to Italy to research these women from the past in order to incorporate their stories into the novel I was writing in the present.

PH: Tell us about how your recent year in Florence shaped the novel. I know you’d studied abroad in Florence but then returned to live there after years of already writing about the city.

JC: Being in Florence was crucial to the book. In part because of the history of the saints—during my year there, I studied their writings and depictions of them in art (much of which isn’t digitized and so had to be viewed in person). I also traveled to small towns throughout Italy where the saints practiced, or are entombed or memorialized, and attended a festival dedicated to them. And, perhaps most importantly, I spoke to locals in Florence and elsewhere—almost every time I mentioned my research, someone would have a story for me about another saint, often a personal story. Those conversations helped me to better understand the role that these women played and continue to play, and they also confirmed something I had suspected—that I didn’t simply make up the fact that Hannah would encounter the saints. She would. They are present, tangible, and would, indeed, be a presence for her.

Language and culture are tightly bound, perhaps especially in Italy, which was for so long separate states rather than a united country. The language reflects that, and living in Florence—living with the language—allowed me to be more deliberate about the choices I made regarding the Italian that is used in the book. The year also enabled me to discover less-touristed parts of the city and to better understand the social nuances. And I made good friends, who later became readers and gave me vital feedback on the novel; Hannah is an outsider, so she doesn’t always get things right, but I wanted to be sure that anything she gets wrong—linguistically or culturally—was intentional on my part.

PH: Did you write most days in Florence? Or was your time more about immersing yourself in research and life there?

JC: I was fortunate to be able to write most days (except when I was traveling to do research). And I made sure to get out every day and to actively participate in the life of the city. I was also working with Florence University of the Arts, giving guest lectures in classes on women and religion, travel writing, art history, and “The Grand Tour”—I loved working with the students, and the lectures ended up giving me new ways of thinking about the novel as I discussed it from those various angles.

PH: New York is another city you know intimately. It’s also a city much written about. In Florence, or New York, or any city so well trafficked by people, language, and story, how do you rise above expectations of place and offer up an alternative (and more personal, more intimate) version of place? I’d love to hear if you were hesitant to include any aspects or parts of Florence, given how depicted the city already is.

JC: Florence is a place that is very written about, often through a romantic lens, and it was important to me to capture a different Florence—one that is beautiful and romantic, a city that rightly inspired “Stendahl Syndrome” (an ecstatic response to art), yes, and there are many moments when Hannah is overwhelmed by beauty and history. But this isn’t a story where the place is the solution, and I wanted the book to reflect the city’s hard edges, the aspects of it that are complicated and less romantic—characteristics that emerge in Hannah’s specific and intimate relationships with people rather than any general statements about the city itself.

One of the most exciting things about writing about (and living in) cities is that they are dynamic and changing, and they change according to the viewer, too, so the perspective that Hannah brings to Florence, as a woman struggling with her relationship with her body, inevitably alters the depiction of the city. For example, when she visits the Uffizi Gallery, which is filled with famous works of art that are frequently seen and written about, what she observes is not simply Giotto’s Madonna Enthroned or Boticelli’s Birth of Venus, but bodies and eyes. She sees the reflections of her own concerns and obsessions. So I didn’t try to avoid the icons, but I did filter them through a different set of eyes. I also chose to focus on some of the more hidden parts of Florence, because, like any city, it has plenty of layers and hidden spaces, such as the rowing club that Hannah joins. The club is located on the Arno River directly below the Uffizi Gallery, but it is a truly Florentine space that is worlds away from the city above.