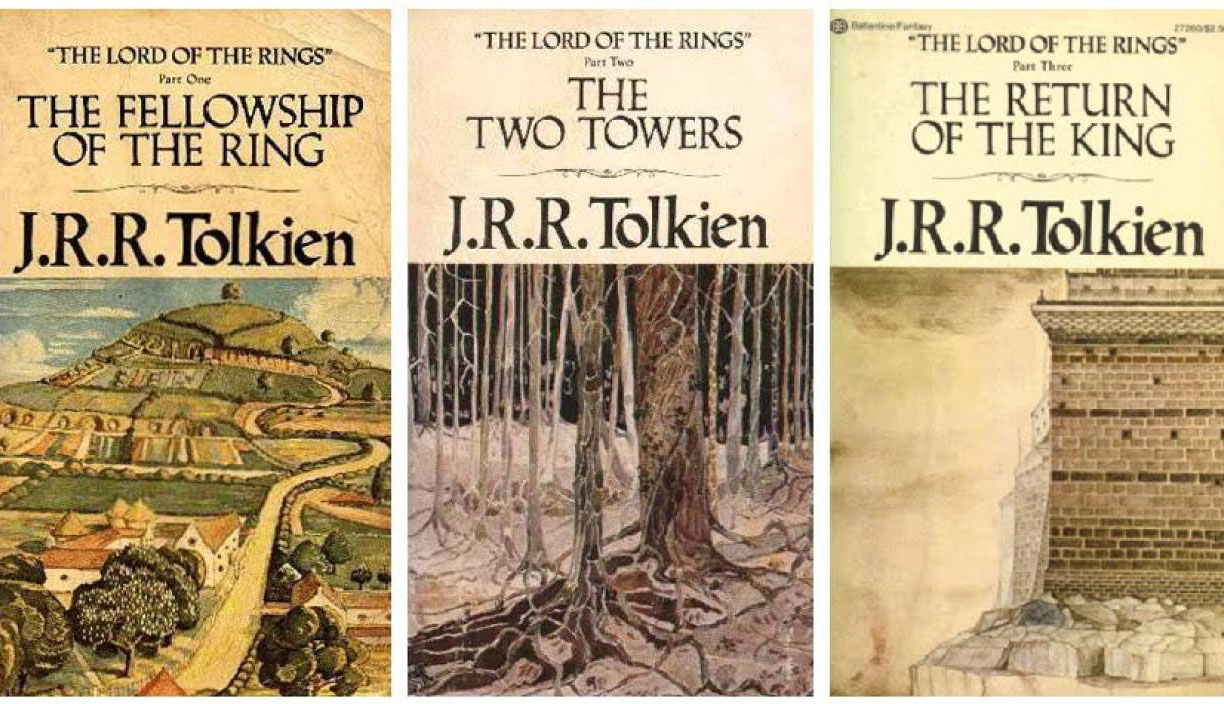 In the ruins of Moria, at a fork in the mountain tunnels, Gandalf explains to Frodo how the burden of carrying the ring to Mordor was passed to him. The word he uses? “Encouraging.” Tough to swallow, but Frodo learns if it weren’t for him, there would be no one else, that he therefore must possess some quality otherwise unattained or lost by all else, and if that quality does not make him qualified for the mission, then certainly no one else is or will be. “Encouraging” may be the most properly optimistic-while-simultaneously-aware-of-the-lack-of-any-foreseeable-positive-outcome word selection a wise old man could select.

America, I’m here to tell you to be encouraged of our current burden. I admit, as I am not even one-tenth as bearded as Gandalf let alone as wise, that I feel like I sound like I have no idea what I mean by that. But I write this knowing that in a few days, many of us are going to experience feelings about our country we’ve never felt before, and…well, basically, we are really not going to want to feel those feelings for long (I guess that’s the nice way of putting it). But feel those feelings, we must.

The trope is not uncommon. Dumbledore lets Harry Potter know in his first year that his mother’s love has him protected, that his scar, his connection to Voldemort, the prophecy, lead him to be The Chosen One, that the battle is destined for him. Or perhaps we could look at each protagonist of David Mitchell’s Cloud Atlas and their sharing of the same scar, the same internal struggles despite vastly different societal pressures, the same lost traces from before them and the loose ends they leave behind. Aimee Bender’s protagonist in “The Color Master” is told numerous times before her Master passes that she will be the one the to complete the orders with skills and information unknown to her at the time. In Moby Dick, look no further than the name Ishmael.

You and I, as Americans in 2016, we’re not a whole lot different than a ring bearer, an orphaned wizard, a disparate mortal, a fashion magician, or an ambitious whaler. Our idols and allies are passing away or becoming distant, we don’t seem entirely sure why we’re doing this but we know we have to, the path ahead is unassuming and seemingly rather dark, and everything heats up the closer we get to reaching some sort of conclusion.

LOTR diehards know that in the 100 pages following the moment of the ring’s recasting into Mount Doom there is continued warfare throughout Middle Earth, even in the Shire, and that for Frodo, suffering continues to his death. As HP fans learned this summer, generational distance only gave time for the remnants of Old Man Voldy’s threat to grow into another dangerous force, even to Slytherins. The Pequod’s lone survivor even uses a coffin as a life buoy to escape the wreckage and failure of the mission to defeat the whale while a new flag waves on the sinking ship admitting defeat – in each example, the perseverance of mortality brings us not to conclusions against dark forces, but simply define how our struggles against them are matters of timing, that we are all bound for something to defend, that maybe we are defined by the management of our demons.

It appears, as a nation, we’ve come to or are quickly approaching another climactic battle of opposing forces, and it’s only with stupid hope that I say this election can be our own version of discarding our precious entitlement and the beginning of our long journey home.

Perhaps there’s only so much we can anticipate that is worth excitement on election day and the days to promptly follow, or simply it’s only the notion that we’ll at least have one thing answered for us. But we will still be a country on November the 9th and we will still be asking ourselves how the hell we got there, and (probably) also where the hell are we going. We will still have to answer why a quarter of the world’s population is behind bars in The Land of the Free, The Home of the Brave, when we are home to only 5% of that same population, and what values we’re upholding when it’s okay for some people to occupy private land armed and without rations while others are arrested and met forcibly for praying on land granted to them (after the rest was stolen) in protection of the single-most important substance to human life (as it is rapidly depleting). We will still need a reasonable response as to how the financial organization of what was once the wealthiest country on the planet is now trending closer to a system that is reflective of what lead to the French Revolution, what it is about paying two people the same amount for the same work that is so difficult once it is realized one of them isn’t a straight white man, why the individuals dedicated to achieving the highest levels of academia face some of the highest levels of debt – we can’t even seem to explain why our roads fall apart, why most of our beer is flat, or hell, why our cinema industry is fading out with sequels and prequels and re-do’s and probably-shouldn’t-have-done’s.

We’re not unique because of this. Once he had made it to Rivendell, Frodo thought he’d be going back to the Shire before the Fellowship was even formed – the worst was only beginning. Harry faced odds wildly opposing him when squared up face to face with He Who Must Be Shamed, but in lieu of this was forced to trust his faith. The protagonist in “The Color Master” is assigned to put anger, the sky, the sun into a dress…but with what fabrics, techniques, emotions?  What it took to overcome the unthinkable was, in part, the unthinkable.

Did we ever think we’d be here in the first place?

The rest – things like respect, equality, loyalty, family and friendship…you know, just the things we tend to consider foundational to strong community – the rest, we know, is necessary. So which chapter in which book of the saga are we ending and which are we beginning? What side of the unthinkable are we prepared to be surprised by? Or are we? Or are we…

For the time has now come when voter turnout will shape the fortunes of all.