Home
»
Uncategorized
»
Punctuation I Have Known And Loved

Fall is correcting season for me, and while I try not to turn into the grammar police while I’m reading, I usually cannot resist the chance to amend errors. One of my all time favorites was an essay that suggested that two parties in disagreement solve their problem in a “civilized manor.”  I can picture it right now: the columns, the portico, the cucumber sandwiches. If such a place existed, surely Middle East peace would be achieved. 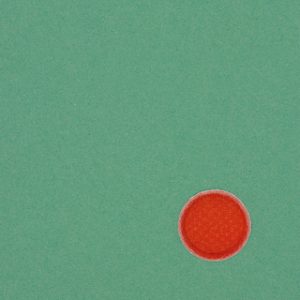 Beyond the homonym confusion wrought by spellcheck, the most glaring problem I notice—particularly among my creative writing students who are trying to wring original meaning from each sentence—is punctuation. They have no idea how to use most of it. Periods, sure. Exclamation points: irresistible. Anything more nuanced escapes them. And yes, I know you’re reading over this post again to judge my punctuation. And that’s my point. I think even many accomplished writers disagree over their usage. Here I consider the ways they seduce and confuse.

The sexy semicolon and its friend, the humble uninspiring period.

Let’s face it: periods are boring. Mere dots. How can they compare to the semicolon, shaped like a tadpole or a wagging puppy? My students sprinkle semicolons liberally when trying to sound more sophisticated and mysterious. As a result their writing ends up confused and ambiguous.

I constantly argue for the humble period. It’s emphatic and clear. It doesn’t stop you from writing long, flowery sentences filled with deep and meaningful thoughts that lead the reader into deep meditation on the meaning of human life. Periods are elegant. Chic, even. Sure, semicolons seduce with their shape and strangeness, and they have a place in prose. But not nearly as often as many writers would like. (For more on how to use a semicolon and hold your head up high, see this comic from The Oatmeal.) 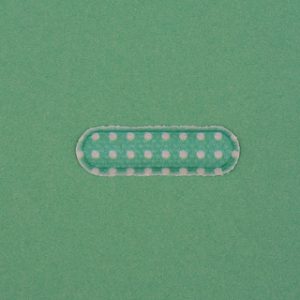 I like to think of the em-dash as the literary equivalent of breaking the fourth wall. It’s when Michael Scott or Frances Underwood turns to the camera and addresses the audience, interrupting the scene unfolding behind him. According to the AP stylebook, it signals an “abrupt change,” or it can be used to indicate “a series within a phrase.”

One of the main problems with the em-dash, of course, is its name, which speaks to its length (the width of the letter m) and differentiates it from its shorter cousin the en-dash (the width of the letter n). All of this talk sounds very Guttenberg, very inside baseball for many of my student writers, who simply have a story to tell. There’s more than one kind of dash? Who knew?

Again, knowledge of this funky form of punctuation—the ability to break into any sentence and proclaim a tangential but related thought and attract attention while doing so because you’ve built the reader a little bridge to get to your island of insight—leads quickly to the neglect of the humble comma, which does yeoman’s work and is often the correct and necessary choice. But it’s also so much less intriguing. For more on the modern proliferation of em-dashes, see  Slate’s “The Case Against the Em-Dash.” 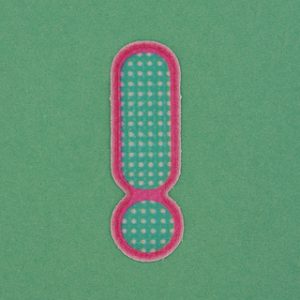 Upside down Questions and Exclamations

I never took Spanish but I was always jealous of that upside down question mark at the beginning of sentences. Turns out you can use an upside down exclamation point too. They serve to alert the reader in advance to the kind of sentence they are about to read, signposts pointing them in the right direction.

But I have to say I’m thankful that they don’t exist in English. My students love exclamation marks almost as much as Elaine Bennis and they enjoy, too, sprinkling in question marks where they don’t belong, in the name of some sort of punctuational variety or proof to me that their vast punctuational knowledge. Again and again, I tell them that dialogue written well, with specificity, does not require assistance from punctuation; the meaning is there.

Sadly, this semester, their nods were all disbelieving. Some even questioned me aloud. But then we read a passage in Ron Carlson’s wonderful book, Ron Carlson Writes a Story, in which he makes the exact same point. Angels sang. Light streamed through the windows. Insight was achieved.

Like the other punctuation mentioned here, these marks and points have their place. But less, when it comes to punctuation, is almost always more.

Of course, my students are not the only guilty parties here. When I revise my own work, or edit the work of my friends, I’m usually looking at language and story. Which means I’m overlooking punctuation. Though it shouldn’t be an idiosyncratic part of writing, it often is. I go through stretches where I find the semi-colon as irresistible as everyone else. Where I abuse the colon. Or over-use periods to the point of stiltedness.

As for my friends, nobody wants to be the grammar police. The punctuation police sounds even worse. But punctuation does matter. Like stage direction, it gives readers important clues to story. It allows them to pause, to drift for a moment, to contemplate what has come before. And why not let our writing have the benefit of the pauses we wish we all had in real life?