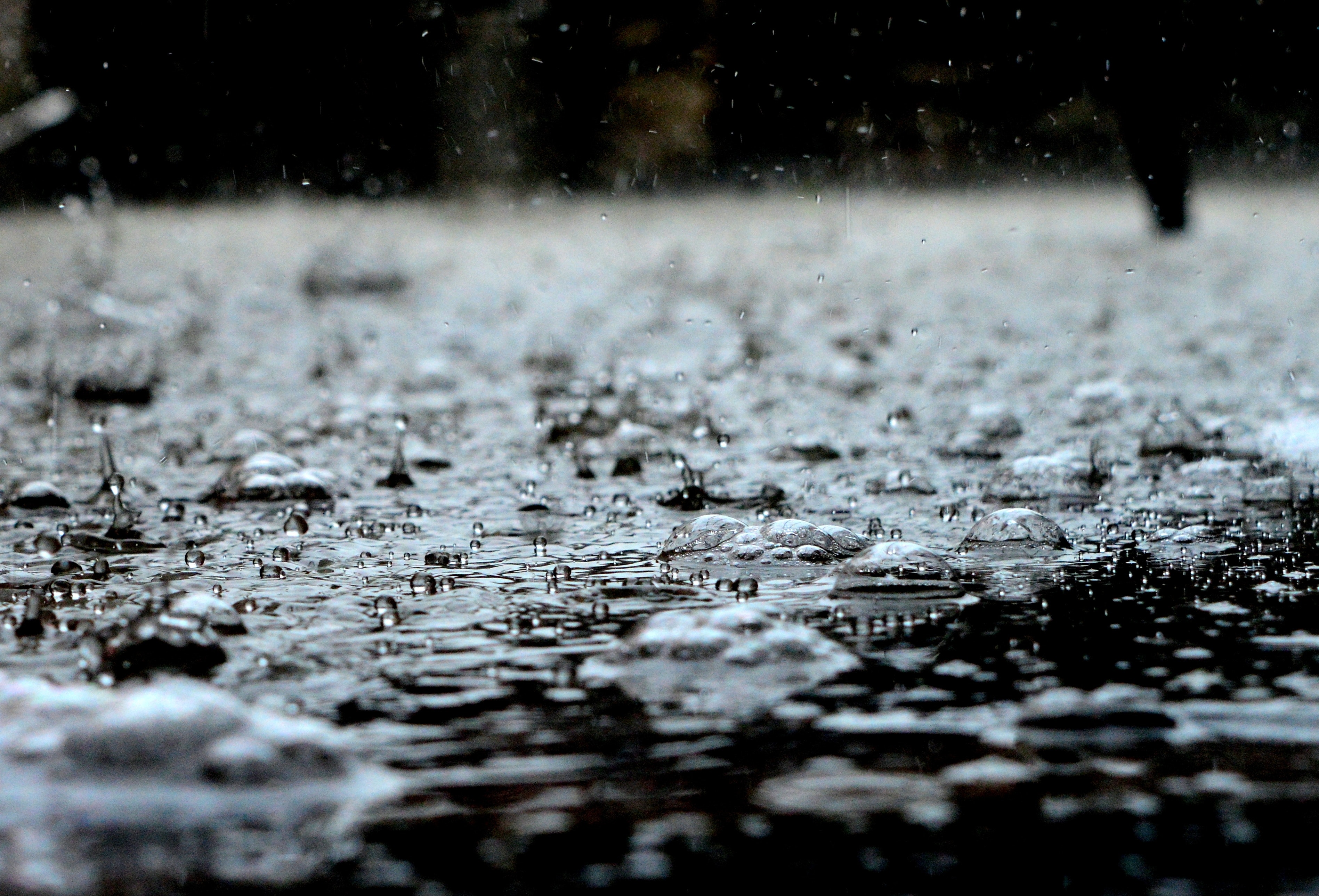 “For the rain it raineth every day.”
-Shakespeare, Twelfth Night

Rain flips cars on the 280, flash floods crashing down the canyons and across ten lanes.  Rain drags another gnarled cypress off Land’s End.  Rain leaves high-water lines of leafy debris in the entryways of the Russian import shops on Geary.  Rain swallows a piece of Baker Beach.  The 540 Club is half-full again on a Saturday night; it takes over an hour to get Pad See Ew delivered.  High surf warnings.  High wind warnings.  Rain overfills the thirsty reservoirs, and thickets the vacant lots with calla lilies and olallaberry bushes.

As a San Francisco resident, I lack the qualifications of a genuine rain-watcher of the Pacific Northwest.  Quillayute, Washington, a settlement in Twilight country on the Olympic Peninsula, sponges up more than 100 inches of rainfall per year; San Francisco gets around 20.  Here you can usually expect sunny spells most seasons, outside of the deep-fog of late summer.  The weather requires little special equipment.  If you were to rummage through my closet, you would find no rainsuit, Mackintosh, poncho, slicker, duckboots, bibs, waders, or galoshes (although I should confess that this lack has on occasion resulted in me cutting armholes in a trashbag).   I do own an umbrella – though it might be more accurate to say that I am looking after an umbrella ever-so-briefly as a favor for its lucky new owner, who will a few short days from now find it abandoned in a check-out line, mislaid on a crosstown bus, or forgotten beside my recently vacated seat at a taco stand.  Obviously, I’m not a rain professional.  But after so many days of rain, it has entered my mind.  Night after night it runs its long fingers across the membrane of my dreams.

Rain is insistently erotic.  Rain like an all-day itch.  Rain pressing on the house, throbbing, nuzzling, pushing, shaking it, tickling on the shingles.  The beating of rain is a woman beating cloth on a fulling stone, symbol of longing to the Tang poets, percussive, undulating, the rhythm of loin on loin and breast on back, body-long shudders.   Rain giving the street gooseflesh.  Insinuating itself in cuff and neckline and hood, intimately trickling.  Rain shutters lovers indoors for weeks, and the humid rooms grow musky.  Rain on the air: anticipation.  Rain cozies up couples hurrying home from their weekly night at the movie theatre.  Rain makes us get out of these wet clothes.

And it’s not just me – this connection between rain and desire has a longstanding tradition.  When e. e. cummings marvels at his lover’s body, he says “nobody, not even the rain,has such small hands.”  Robert Frost doesn’t have a reputation as a great erotic poet, but the right weather could bring it out in him, as it does in this lovely invitation from “A Line-Storm Song:” “Come over the hills and far with me / and be my love in the rain.”  Hart Crane uses the rain to create a contemplative and sensual backdrop to his meditations on his grandmother’s love letters: “Yet how much room for memory there is / in the loose girdle of soft rain.”  The speaker of Robert Creeley’s poem, “Rain,” anguished and exhausted, seeking renewal, asks his lover to be like rain – to be “wet / with a decent happiness.”  And when Annie Lennox wants to describe the dangerously voluptuous feeling of falling in love, she need simply say, “Here comes the rain again,” and we know exactly what she means.

This is Peter’s first post for Get Behind the Plough.