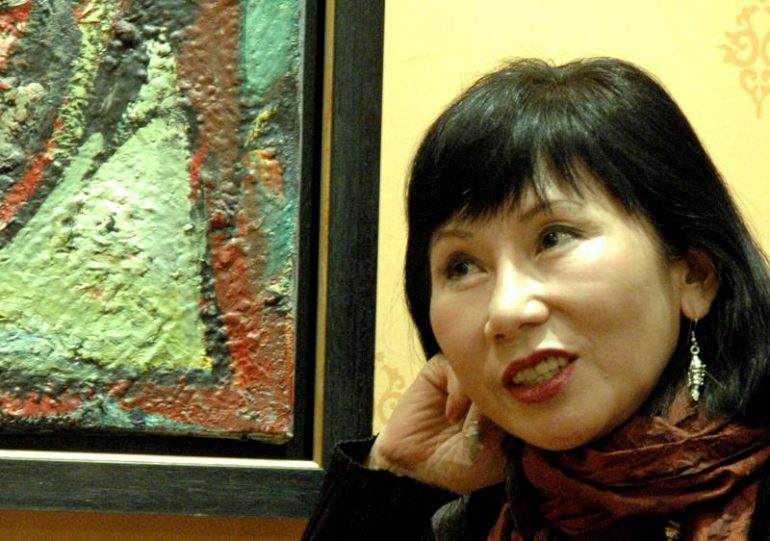 Amy Tan’s The Joy Luck Club is more than a book about mothers and daughters, although it’s easy to choose sides while reading the generational 1989 novel. On one side are the mothers, Chinese immigrants who have been gathering together for years at a weekly mahjong party called The Joy Luck Club. These women lived several lives—lives that began in the very old world of China before Mao. On the other side are their modern second-generation American daughters. They are engaged in a constant struggle between living up to their mothers’ expectations and finding their own way.

When I first read the book, I was firmly Team Daughters, and that hasn’t really changed. I still find myself sympathizing with them, but for slightly different reasons. Each of the daughters—June, Waverly, Lena, and Rose—wants to understand their inscrutable mothers. What spoke to me at the time was the love and the tension and the cultural generation gap that always reminded me of two people trying to have a conversation by shouting at each other from opposite sides of the Grand Canyon. Even with the best intentions, only a few vague words and phrases ever come across.

Tan’s novel sprinkles old Chinese sayings and superstitions in with modern American life. Although they are sometimes rendered in fractured English, the meaning seems as clear as anything Shakespeare might have composed in English. The mothers chide their daughters about the ridiculous and the sublime. “I used to believe everything my mother said,” Rose recalls, “Even when I didn’t know what she meant. Once when I was little, she told me she knew it would rain because lost ghosts were circling near our windows, calling to be let in. She said doors would unlock themselves in the middle of the night unless we checked twice. She said a mirror could see only my face, but she could see me inside out even when I was out of the room.”

Meanwhile, Lena says her mother has an uncanny way of seeing things before they happen, but only when they’re related to her family. A steep driveway to a home, a burst pipe, a dying plant are all symbols of impending bad luck. She wonders nervously what her mother will “see” when she comes to visit her new home. “Because I remember something else she saw when I was eight years old,” she says. “My mother looked in my rice bowl and told me I would marry a bad man.”

The Joy Luck Club is a uniquely Chinese story, but the relationships and the hardships are somewhat familiar to most children, grandchildren and even great-grandchildren of immigrants. Many of us have heard the stories, been cautioned to pay attention to old wives’ tales, or been lectured to in another language. Whenever my own mother ran out of English bromides, she would immediately quote my grandmother. “You know what your grandmother used to say…” The rest of that sentence never foretold anything good. They were always warnings about thieves with their hats on fire, a mindless chatter like the banging of a tea kettle, or, chickens like me, trying to teach a hen, like my mother.

The mothers reveal themselves in the course of the novel in beautifully melancholy stories of hardship, love, suffering, and loss. But to daughters, the Old Country their mothers talk about is as ancient as the great pyramids of Egypt. My grandparents told similar stories of trying to leave war-torn lands in search of safety. I still can’t imagine what it must have been like for my grandfather to hide in a root cellar with his brothers to avoid being conscripted into the army, or for my seventeen-year-old grandmother to get on a boat to America with nothing but a note pinned to her coat with her sister’s address in New Jersey. The stories they told of the things they’ve endured were so outside my happy American childhood, they barely seemed real.

Tan suggests that perhaps we have to come face-to-face with our own struggles and losses to understand our parents and grandparents. June has taken a seat at the mahjong table in place of her late mother, An-mei, who gives the novel’s first flashback; a heartbreaking flight on foot from the advancing Chinese army with two infant daughters and a few belongings. On the road, she made the agonizing decision to abandon the baby girls by the side of the road with other discarded possessions: bolts of fabric, paintings, books, carpentry tools, ducklings.

It was An-mei who had the idea for the weekly parties in China. She asked three other women to play mahjong and serve up large banquets of food. They do it to renew hope when all seemed lost. “We decided to hold parties and pretend each week had become the new year. Each week we could forget past wrongs done to us. We weren’t allowed to think a bad thought … And each week we would hope to be lucky. That hope was our only joy.” It’s not until the very end of the novel that June starts to understand her mother.

Maybe because I’m older and many of my friends are raising strong and spirited daughters themselves, and maybe because of refugees still hoping to flee from war and disaster—but with far fewer choices than the women of The Joy Luck Club—I am slowly coming around to Team Chinese Mom. I understand now the need to invest your daughter with every wise word and cautionary tale to lead her to a successful and happy life. But as Lindo Jong says near the end of the book, it’s a difficult task to graft the old ways onto “American circumstances.”

If you are born poor here, it’s no lasting shame. You are first in line for a scholarship. If the roof crashes on your head, no need to cry over this bad luck. You can sue anybody, make the landlord fix it. You do not have to sit like a Buddha under a tree letting pigeons drop their dirty business on your head. You can buy an umbrella. Or go inside a Catholic church. In America, nobody says you have to keep the circumstances somebody else gives you. She learned those things, but I couldn’t teach her Chinese character. How to obey parents and listen to your mother’s mind. How not to show your own thoughts, to put your feelings behind your face so you can take advantage of hidden opportunities. Why easy things are not worth pursuing. How to know your own worth and polish it, never flashing it around like a cheap ring.

The Joy Luck Club went on to become a very popular motion picture that remained faithful to the book and its characters, but the book is a much better place to start exploring Tan’s body of work. Like the tragic and beautiful stories Team Chinese Mom told Team Daughters, it’s better to let the stories unfold in the imagination. It’s what Team Mom would have wanted.