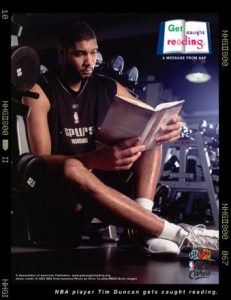 It must have been April when I looked at my calendar and decided that my summer was going to be an absolute wash.  This month alone, there’s the NBA Finals, the Stanley Cup Finals, the French Open, and the World Cup happening almost simultaneously. And as avid sports fan, I knew June was going to be tough.  How should one decide between reading, writing, and, say, the four-hour mayhem and magic that is the Spurs-Heat series?

Needless to say, I’ve found a way to sit in the slouched position even longer with these great Latino sports reads that perfectly compliment the games of summer. Read, watch, write—you can have it all!  Just remember to stretch out every now and then and check out these great books

Soccer in Sun and Shadow by Eduardo Galeano

Mostly known for his other books, especially the canonical Open Veins of Latin America, Galeano blends the best of his journalistic and literary writing in this book as he delves into the communal psyche and history of Soccer. Galeano writes about soccer with a poet’s sensibility, soccer being at once a source of pain—teams and figures will always disappoint—but also of pleasure, in memory and the moment. Galeano ruminates on wins and losses, tragic-comic figures in the sport, his own childhood, and the way the politics of Latin America have become entangled with soccer. Like much of Galeano’s writing, the scope of this book seems wildly large, but incredibly astute and poignant. This book is a must-read if you’re following the World Cup this year.

Why Soccer Matters by Pelé.

This should be read alongside Galeano’s Soccer in the Sun and Shadow and the World Cup festivities in Brazil. Pelé is arguably the  greatest soccer player ever, in addition to being one of the players on the past Brazilian National squad that’s largely credited with perfecting the contemporary game as we know it. What I love about this book is the way Pelé lays out, anecdotally, his experience of what the world once was and what the world can be, using soccer as a backdrop and a transformative continuum on which we can check our progress. In many ways, this book reads like a manifesto constructed from memories. Pelé genuinely believes that people and even entire countries can be transformed by soccer. If you’re a fan of world narratives, the sport, or if you’re just looking to brush up on your Brazilian soccer history, this is where you want to start.

Matt de la Peña is probably one of my favorite writers right now. What I love about de la Peña is that he’s unafraid to tackle serious issues with YA audiences, which is part of the reason why his characters are so complex and memorable. Oh, yeah—and the writing is really good too. In Ball Don’t Lie, his protagonist, Sticky, is at once uniquely troubled but also relatable to just about any reader, which is the magic not only of this book but of most of de la Peña’s work. His writing isn’t just for troubled kids, or brown kids, or basketball-loving kids, or even YA reader kids, but for everyone—the old lady next door, the college professor, the UPS guy with only five seconds to spare. When I first saw this book on the shelf, I picked it up and thought, this book isn’t for me. I was wrong.

Baseball in April and Other Stories by Gary Soto.

Okay, so maybe only one story in this eleven-story collection is explicitly about baseball—Little League tryouts to be exact—but that story is awesome. And Gary Soto is awesome too. Mostly, people know Soto for his novel, Buried Onions, but I’m partial to his short stories too. This is a great collection if you’re looking to break into contemporary Chicana/o literature or if you’re looking to teach something different in the fall semester. Every once in a while I like to break this collection out with my college freshmen because the stories are accessible, funny, and they allow me to talk about baseball for ten minutes.

Few writers have written about the sport of boxing as beautifully as Rudolfo Anaya.  In Albuquerque, Anaya’s protagonist, Abran Gonzales, is a former Golden Gloves champion whose identity is shattered once he discovers he’s been adopted. Using the sport of boxing as the vehicle for the narrative, Anaya draws parallels between the present and past, our protagonist, and Albuquerque’s troubled past. I remember reading this book the summer before college and it was the first time I ever thought about people as the products of their cities. I try to read it every summer. It gets richer every time.

What are some of your favorite sports books?  Comment in the section below.