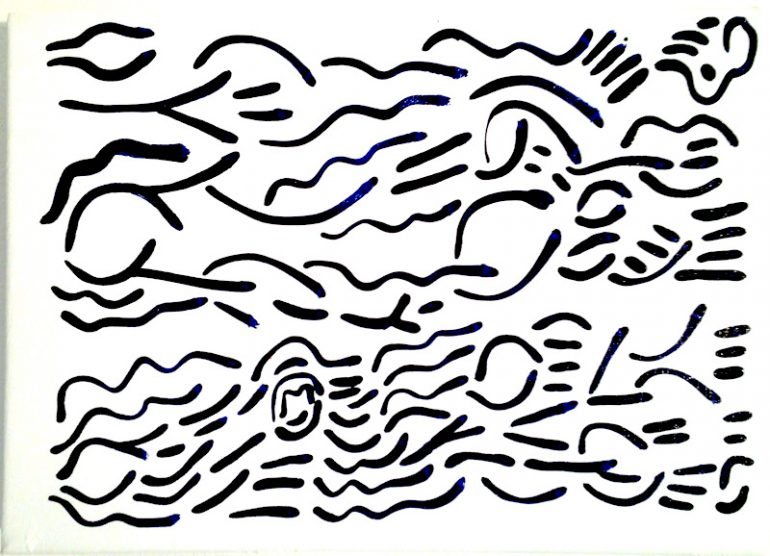 I spent the last day of my recent trip to New Orleans like a nomad. My flight home to Newark wasn’t until 8pm, but checkout from the hotel was at noon; I figured I’d get more crawfish then maybe hit a famous coffee spot in the intervening hours. It sounded like it would be a nice little afternoon. In reality, however, it turned into hours of walking—which would have been fine had I not been carrying around a big ass bag of clothes and shoes and had I not developed blisters on my feet from walking around the day before. I quickly looked for places to sit.

I had come to the city two days prior to present a paper, but the short work trip had immediately turned into a solo visit as a result of my staying at a different hotel from where the conference was being hosted. I suddenly had no three-year-old to watch after, no colleagues to catch up with, nothing I had to do until Saturday morning. So I walked around reading, sat at a lunch counter reading, leaned on a bar reading.

On my first day in New Orleans, I’d picked up bill bissett’s 1971 collection of poetry, Nobody Owns Th Earth, for about two dollars from a used bookstore. I’d never heard of bissett, but I was attracted to the collection’s title, cover, and cool doodles. As I wandered the city, I read his poems about missing lovers, political authority, and eco-activism every time I had a chance. His poetry, which reflects his interest in autonomy, resonated with me. With most of his friends in jail and various wars going on around the world, he muses in the collection about what it means to be truly free.

Being behind bissett’s book as I wandered New Orleans made me feel more invisible than I, a solo conference-goer and city-explorer, already felt—like I was truly alone. Nobody, too, is about the narrator’s own experiences with escapism. Its deconstructed stylistic rules—evident in the title and throughout the collection—are a clear rejection of the norm; bissett’s use of phonetic spelling, as well as his unique shaping and positioning decisions, makes reading his work a very visual experience. His linguistic choices have their own set of rules that you settle into in order to navigate his world comfortably. One you’re in, following the language turns out to be a model for following his anti-capitalist philosophy.

bissett writes directly about the ways Western society traps people in the prison system specifically, speaking often to those who are incarcerated and to those who incarcerate as his narrator wonders, “how can / they say a crime equals certin / amt of time” and, in another poem, “LEGALIZE MARRAWANNA NOW / let yr children out of jail.” His frustration, evident in these lines, isn’t just about a quest for logic. He wants action to be taken—laws to change, systems to change, ideologies to change—in order to free people from inhumane conditions. Though bissett is out and about as he writes these poems, he will never feel free until everyone is freed.

The narrator of Nobody faces romantic rejection in addition to the societal—his lover has left him, and the law is always after him. His escape is deep into the cold Canadian woods where he can think about how nature has been affected by the same set of structures: “baby can u believe I don’t need / th white race. / mind creatures trying to influence nature, / telling th trees its beautiful then cutting it down, / pouring concrete on its roots, more parking lots / for another thousand years.” His return to nature involves analyzing how civilization is destroying the planet. Thinking about the spaces made for people to exist in counters his own loneliness. He wants everyone and everything to live peacefully.

I was sitting at a bar with its doors and huge windows wide open on a sunny afternoon when I read, “jeez I wish I were lying face down on my chest and belly / breathin’ easy on th soft grass earth rolling ovr th hills.” I stopped reading for a minute to remember a moment from when my son was just born. I was stuck inside a roachy studio in the middle of the summer, wishing I had a patch of grass to sit on. A few weeks later, the baby, his dad, and I visited family in South Jersey, sitting together in their backyard until spiders came crawling out of the woods.