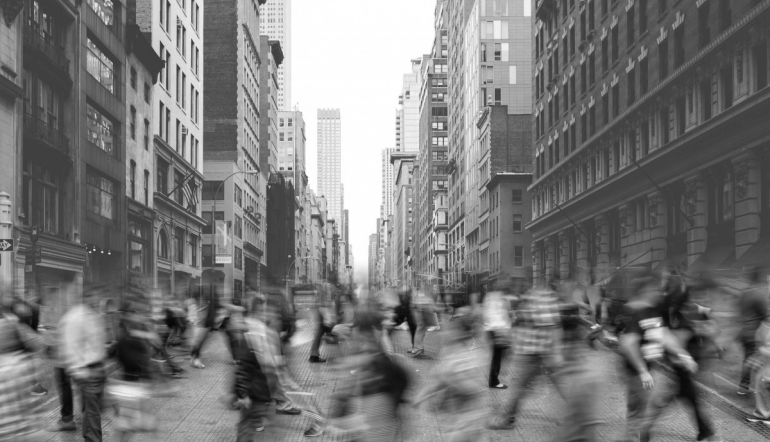 When I’m on vacation, I try to read books set in the place I’m visiting or, if not set there exactly, at least evocative of the mood of the place. These often set the tone of my stay, the restaurants I choose or the ways I spend my time. It’s easy on vacation to change plans because of a book and pretend I never made them to begin with. I recently visited New York for the first time in nearly a decade and was spoiled for choice—I bought too many books set there and lived inside the world I was reading about, despite the fact that the real version of that world was right outside the window. I’d recently finished reading Heidi Julavits’s The Folded Clock and went to Café Sabarsky, a Viennese-style coffee house on the Upper East Side, on the book’s recommendation, and walked by the Chelsea Hotel after devouring Patti Smith’s Just Kids. It’s the most vivid part of any vacation, connecting me to people who have sent me a secret message and who know a place much better than I do as a visitor.

Two of the books I read before and during this recent trip to New York were Anne Roiphe’s Art and Madness, a memoir about a woman on the cusp of discovering that she wants to be a writer, and Vivian Gornick’s The Odd Woman and the City, a memoir by an established writer who takes long walks—à la Alfred Kazin’s A Walker in the City—and, through them, finds material for her writing. At first glance, the two authors have little in common besides being born in 1935 and being Jewish women from New York—Anne Roiphe grew up on Park Avenue and Vivian Gornick in the Bronx. Roiphe’s memoir focuses on her relationships with New York literati and Gornick’s focuses on people she encounters in the streets of the city. Roiphe’s memoir is about her twenties, Gornick’s is about her sixties. And yet, both memoirs have the same main character: New York City, as it appears particularly to the authors. In the New Yorks of these books, isolation in an urban setting is a tired trope, one neither Roiphe nor Gornick finds to fit her experiences. That worldview—of finding camaraderie with strangers—too, shaped my trip.

Art and Madness reads like a who’s who of the largely male 1950s art set. Roiphe, before she was a writer, was surrounded by male writers—both in her own imagination and in her real life—whom she adored. She conceived of herself as no more than their muse, tamping down her own artistic ambitions and forgiving the misogyny of the likes of Norman Mailer, George Plimpton, and plenty of other men who were able “to write the novel that by existing would justify the human endeavor, an endeavor so clearly in need of justification.”

Roiphe carts her own young daughter (referred to only as “the child”) through the memoir’s events without using the feminist vocabulary introduced a decade after this book ends,balancing home life with work. She was a young mother—already divorced six years after her Sarah Lawrence graduation, but her focus was decidedly on nurturing the careers of the men around her and trying to raise a child without knowing quite yet what she valued. “In the fall I go to George Plimpton’s,” she writes of the year 1963. “The night is long and the married woman with young children have left to go to bed so that they can rise with their children.” Roiphe knows that the men begin having interesting conversations in earnest later in the night, so she stays and makes literary small talk until she eventually, years later, discovers in herself the same drives and impulses to create and lays down the burden of listening to and cleaning up after the drunk geniuses of the Manhattan’s West End parties.

In a Paris Review interview, Vivian Gornick recalled a youth spent much less in service of the men of Roiphe’s acquaintance and much more devoted to creating her own literary canon. Mary McCarthy and Collete “were fonts of wisdom for us,” said Gornick. “The work of these writers was not on any syllabus of any course we ever took, but we looked upon them as our real mentors. I memorized whole passages of Mary McCarthy. It was from her especially that I thought I was learning how to be in the world, as a woman who expected to become a person.”

In her 2015 memoir, The Odd Woman and the City, she writes about this time since she “[became] a person,” about a decade or two before the book’s publication, as a writer in New York. Gornick uses her friendship with her friend Leonard as a frame for the memoir—her walks with him as well as their running jokes and observations about the people they pass on the city streets. But her closest friendship is with the city she lives in. “Most people are in New York because they need evidence — in large quantities — of human expressiveness,” she writes, “and they need it not now and then, but every day. That is what they need. Those who go off to the manageable cities can do without; those who come to New York cannot.” Some of the best stories—like one about an elderly man who insisted he paid his bus fare and the bus driver who would not continue on his route because he insisted the old man had not—are about strangers Gornick meets only once, who populate the bulk of her day by responding to each situation in ways that Gornick finds worthy of writing about.

The stakes of both these memoirs are the authors themselves, in their various states of becoming on the streets and in the parties of New York City. Perhaps what the city provides most of all is the chance to counterbalance the stimulation of an exterior world with the reflection of an interior one. Both women are, ultimately, solitary wanderers.

Once I’d hit all the major literary landmarks on my own trip to New York, what was left were the same solitary walks through the streets crowded with strangers, each of whom contained possibility and mystery to me, and I thought most often of Ropihe and Gornick as women chronicling their own ascents. By taking their own lives as serious material for meandering and anecdotal memoirs, they become real to their the people around them and see them as real. In a city in which so much of the day is spent in shared isolation, this seriousness makes their careful attention an artistic subject worthy of great literature.