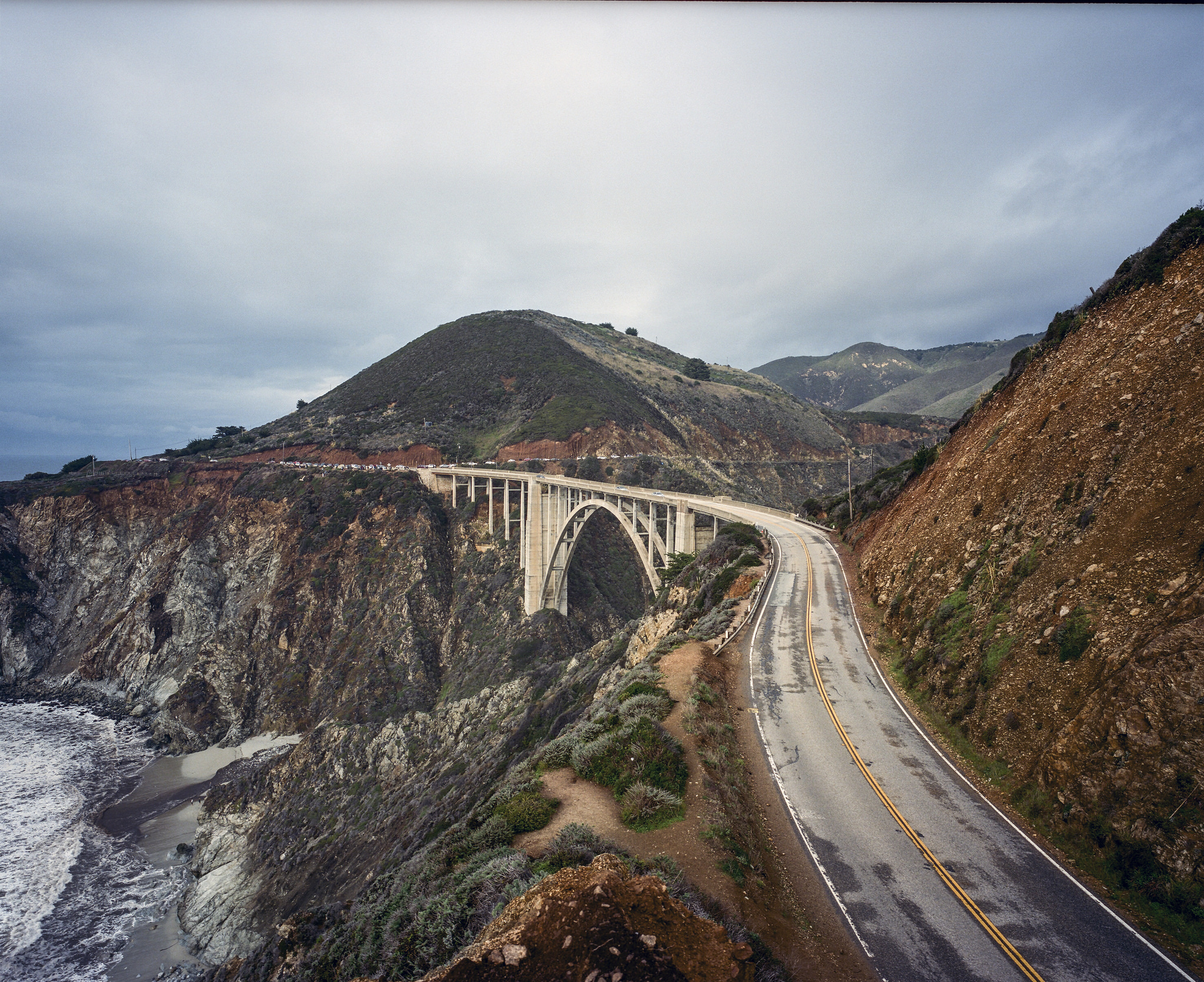 It took four years for a glioblastoma, a brain cancer that has a median survival rate of fourteen months, to take my mom’s life. It took me those same four years to read Jack Kerouac’s On the Road. My now-husband Matt gifted me the book during our first weekend together, turning it over and over in his hands, pointing out the design details that mimicked those from the first edition. He’d read it in college, when he started writing, and it propelled his move from Denver to the Bay Area. Since then, he had frequented the Beats’ Northern California haunts: North Beach, Vesuvius Café, Specs’, City Lights, Big Sur. The book had also helped him during the experience I was now facing: his father had died two years earlier from the same brain cancer my mother had just been diagnosed with. In the last months that his dad was alive, Matt, who wrote on the side while working in finance, temporarily relocated from the Bay Area to Missouri to live with his parents. The days were dedicated to his dad while the nights were spent trying to preserve the experience, writing about the beauty he found within the grief. As he wrote, he found kinship with Kerouac, a man who felt transformed by the loss of his own father.

Although Matt and I were strangers, introduced by mutual friends a few weeks after my mother’s diagnosis, our shared experience provided us an immediate intimacy. We talked on the phone for hours, he in Silicon Valley and me in Portland, about books, writing and what it was to sit vigil with the dying. We quickly fell in love, in part because we were both hungry for someone who might understand the depths of our pain. Matt was the only person I could talk to about what it would be like when my mom died. He assured me that along with her suffering, there would be grace.

We spent the months after our initial phone calls travelling between Oregon and the Bay Area getting to know one another, and I moved into my parents’ Portland home, as my mom was paralyzed on one side by the tumor and needed 24-hour care. Matt’s attachment to Kerouac’s romantic views of the world and his dharma bum notions provided me an escape. It was a fantasy, of course, that I could be carefree in the midst of my mom’s illness, but it felt that way as Matt and I drank martinis at Vesuvius and drove down the 101 for long weekends on the coast. This was a relief, as facing my sixty-two-year-old mother’s death at thirty-six had left me feeling instantly aged and completely out of my depth.

The relationship was also the one good thing that my mom and I could hold onto in the midst of her dying. She credited fate, kismet, karma, and astrology for bringing Matt and me together, and she wanted the relationship to grow without her illness getting in the way. While she and I cherished our days together, we spent a good portion of them debating when I should move to California. My responsibilities to her aside, it would be easier for me to relocate, since I was freelancing and waiting tables post-MFA, while Matt had spent the past fifteen years establishing his career in the Bay Area. As the relationship progressed, we all agreed that I would move after she died. But then she outlived her initial prognosis, and survived another year beyond that, and I continued going back and forth between the two loves of my life.

During some weekends with Matt, I would look at his bookshelves full of the Beats and everything Kerouac had ever written, and want to connect with that part of him. I felt like I couldn’t, though, since I still hadn’t read On the Road. I’d been meaning to read it, but there was always something else to do: daily caretaking for my mom—meals, baths, laundry—working my waitressing shifts, trying to find moments in the day for my writing. Living what felt like parallel lives was sometimes difficult and chaotic. I was in love and elated; my mom was dying and I was devastated. I missed one person when I was with the other, and I wasn’t sure where it was I truly belonged.

“I can’t thank you enough for all that you’ve done,” my mom would say to me. “And you can leave at any time.”

“Let’s talk about it in six months,” I would say, hoping to run out the clock on her cancer while spending as much time with her as I could. In another six months, odds were, she wouldn’t still be alive.

The more time that passed, though, the more guilt we both felt. Her guilt stemmed from the fact that I was in a holding pattern and she was the reason why, but it was magnified by other factors. She had been a hospice social worker and acutely understood the emotional stress that caregivers face, and five years earlier, I’d spent a year living with my younger sister in Seattle to help her through breast cancer treatment—in part, my mom didn’t think it was fair that I was again a primary caretaker. Although the situations weren’t about fairness for me, the experiences had left me physically and emotionally exhausted. I felt shame in sometimes feeling anxious for her death—not for her to be gone, but for this part to be finished, as if these things could exist simultaneously.

When I found a writing job with decent pay that I could do remotely from California, my mom and I took it as a definitive sign from the universe that it was time. Matt, however, needed some convincing. Since his dad had only lived thirteen months after his diagnosis, his primary concern had always been that I soak up every minute with my mom. He is also a practical and cautious person, and worried about how we would share expenses if I moved to California without a job. But given this change in the situation, he eventually agreed, acknowledging that our relationship couldn’t fully progress unless we lived in the same city.

Those first months together in Mountain View, it was clear we were past the honeymoon stage. We were instead steeped in personality quirks, financial hurdles, and the conflicts endemic to sharing a small apartment, from limited closet space to his territorial cat. A few months later, we rented a house and it eventually began to feel like we could grow into a new life together, even if the reality of one another’s constant presence had replaced any early fantasies and projections we may have still been holding onto.

After the move, Matt would occasionally bring up On the Road, followed by not-so-subtle reminders that he had read nearly all my book recommendations. I knew my avoidance hurt his feelings, but the urgency of reading it had passed for me, along with the impulse of new love, that desire to understand and absorb everything about the other person. There was also the fact that since Matt and I had first met, I’d watched my mom lose her short-term memory, most of her speech, and the ability to walk and write. The idea that the book could provide me freedom from her pain or my impending loss didn’t feel true to me anymore.

My mom lived, amazingly, for another two years. While I settled into my life with Matt, much of my emotional and mental energy was tied up in the ebb and flow of her illness. We often thought it was the end when it wasn’t, and she’d bounce back in ways we didn’t think were possible. In the interim, I was juggling several part-time jobs and trying to write. While On the Road lingered in the back of mine as something I needed to check off my to-do list, I was more focused on the books I read out loud to my mom during my visits: Blue Nights by Joan Didion, The Middlesteins by Jami Attenburg, The Round House by Louise Erdrich.

At that point I was already traveling to Portland once a month to see her, but as her health declined, the frequency of my trips increased and I eventually stayed there until she died. In the final months of her life, I decided I would finally read On the Road. After four years together, I owed it to Matt, and it also felt like a relic from another existence, one that I needed to leave behind. So, I read it in airports and on planes, in the afternoons when my mom napped, and in the evenings, after she fell asleep. I read and read, waiting to relate to the book as intensely as Matt did, but the connection never materialized.

While I could appreciate the beauty of particular sentences and scenes, I was struck by the essential maleness of it all. The women are the worst of it, all unearthly beauties with no agency, window dressing at best. They fit into the plot only to serve Sal or Dean’s purposes, nothing more. None of the entirely self-absorbed male characters seemed quite real to me either, as there is little reflection on the consequences of their actions—only forward motion in an attempt to outrun their own mortalities.

I was also reading about people who had no responsibilities, indulging every base impulse as they pleased, when my mom hadn’t had a moment of freedom in four long years. I was changing her diapers and doling out her Ativan and morphine as Sal and Dean drank and drugged themselves into oblivion and put off everything until tomorrow. When Matt and I discussed my reading of the book, I pointed this out: “It’s always manana for them,” I said. “Yet that day never arrives somehow, so the worst things never come to pass. That was the opposite of my reality.”

“I guess that was part of what appealed to me,” he said. “Their lives were full of endless excitement and artistic possibility, not one minute wasted on worry or regret.”

He had read On the Road in his twenties, I said, when tragedy and death were still abstract concepts. For me, there was no denying them. I had watched my mom vacillate between this dimension and the next, and finally leave her body. I had held her hands and feet in those last hours until they went cold. The person I’d depended on to help me make sense of the world was gone, and at some level, I had to reinvent myself to exist here without her.

Yet this was also where I could see the value of On the Road. In the face of these realities as abstractions, the possibility of reinvention and escape are intoxicating. Even now, I too want to believe that there might exist a way of living without dying—that it is possible to burn so brightly in a lifetime that a piece of you remains, a spark glowing within those you leave behind.

Tags:Jack Kerouac, On the Road