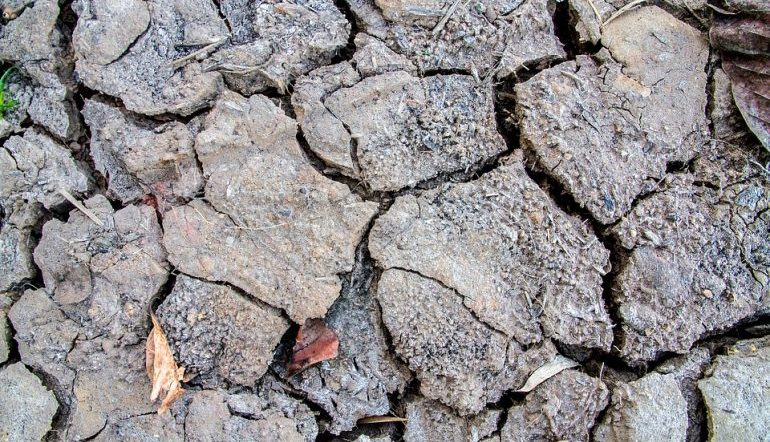 It is long, tedious, self-important, and glacially slow. But if you are willing to endure a few weeks of torture, reading (or rereading) The Magic Mountain might help you better appreciate these troubled times and, in an odd way, might even offer some solace. Published in 1924, six years after the end of the First World War and a decade before the rise of Hitler, Thomas Mann’s great tome attempts to capture, with typical German rigor, the intellectual birth pangs of the twentieth century. Little did he know that he would capture some of this century’s agonies as well.

Boiled to its essentials, The Magic Mountain is a simple story: twenty-three-year-old Hans Castorp, an orphaned engineer, arrives at a sanatorium in the Swiss Alps to visit his ailing cousin. He intends to stay only three weeks but ends up staying seven years—partly because office work is too exhausting, partly because a sudden and all-consuming infatuation lays a hold of him, and partly through the insistence of the doctors themselves, who successfully persuade Hans that he, too, is ill and must remain under their supervision. The outbreak of WWI breaks the mountain’s drowsy spell and sends our “very ordinary” hero rolling back down into the “lowlands,” where he enlists to fight in the war.

The activities that take up Hans’s time throughout his seven convalescent years seem, on the surface, quite boring: dining on rich food, smoking Maria Mancini cigars, dabbling in an inept love affair with a door-slamming Russian patient, and (perhaps most importantly) engaging in lots of philosophical debate. Closely modeled after the traditional bildungsroman, the novel devotes much of its focus to the education and intellectual molding of the young Hans Castorp. His years spent luxuriating in these dreamy alpine heights allow him the time and freedom to “experiment” with big ideas. He even has two mentors, who both strive to win over the mind and heart of their young pupil. Theirs is a tortuous battle between two fundamentally opposed visions of the world, and remarkably, the same war of ideas is waging now, a century later.

This skirmish has been eagerly talked about. Today, as in the fictional days of the novel, the world has divided into hostile camps: globalizing, liberal elites on one side and authoritarian, right-wing populists on the other. Hans’s mentors, both patients of the sanatorium, are textbook examples of each stripe.

On the side of the liberal elite (who, in our own time, fittingly convene each year in the same mountains featured in The Magic Mountain for the World Economic Forum), there is Lodovico Settembrini, the pompous Italian man of letters and self-proclaimed homo humanus. For him, the story of human civilization is a sustained march of progress “from infusoria to cities.” His ideal future is composed of a globe-spanning coalition of free-trading, liberal, and western-style democracies—Asia, in his view, is nothing but a hotbed of despotism—and it’s not hard to envision him zealously applauding Hillary Clinton’s (now seemingly ancient) call for a “world without borders.” He upholds the tenets of humanistic education, heaps unconditional praise on the Renaissance and the Enlightenment for providing “an individualistic corrective to State absolutism of every kind,” and just like today’s left-leaning writers and intellectuals, believes wholeheartedly in the civilizing potential of literature, which, he asserts, is capable of “mak[ing] a human being of even the worst reprobate.” All of these benefits he sees as part and parcel of the bourgeois spirit, the spirit that will cultivate the best of human potential.

Hans Castorp grows quite fond of his new Italian mentor and, throughout the first sections of the novel, quickly adopts Settembrini’s views as his own, trying them on for size, sometimes even parroting them back to his cousin Joachim or to Frau Chauchat, his Russian love-interest. Like much of the western world throughout the twentieth century, Hans takes Settembrini’s idealist, and at times overwrought, liberal maxims at face value.

On the right-wing populist side, we have Leo Naphta, the Galician Jew turned Catholic Jesuit, who in today’s day and age, might very well have resurrected under the pale guise of Stephen Bannon or Vladimir Putin. For Naphta, liberalism is only an ephemeral detour in a much different narrative of civilization, a narrative that ends not with the expansion of civil liberties but with an authoritarian theocracy, fueled by working-class resentment toward capitalist excess. His ideal future is marked by the “supremacy of the Church over the secular state.” In Naphta’s assessment, the individualism introduced by the Enlightenment and Renaissance has only contributed to a grave narcissism that serves to accelerate materialist decadence and rot. The human soul does not really want to be free, he claims. It wants to obey. “What our age needs, what it demands,” Naphta exclaims, “is – terror.” He argues that a “proletarian dictatorship” is required to reign in the sinful extravagances of our species, hence ensuring its salvation in the afterlife. Salvation of the spirit, then, is all that matters to Naphta, and true salvation requires nothing less than coercion and force.

Although he might not publicly articulate himself in the same way, Putin’s paternalistic, religiously conservative, and autocratic vision of the world is unshakably Naphtian. Similarly, Bannon’s propaganda films (“The Torch Bearer”), his embrace of the Italian protofascist thinker Julius Evola and his oft professed aim to dismantle the liberal essence of Western democracies all fall within a similar pattern. Indeed, very much like Bannon, Putin, the Brexiters, Hungary’s Viktor Orbán and the Polish Law and Justice party, Naphta is a nostalgic who gazes longingly on a past of traditional values, closed borders, and iron-fisted governance.

Even though Hans Castorp feels personally closer to Settembrini, he is nevertheless fascinated by Naphta’s strangely austere and reactionary views and concedes that his intellectual arguments are far more dexterous than those of his Italian counterpart. The young Castorp watches as Naphta consistently dismantles Settembrini’s strident liberalism, exposing it as shallow and theatrical, and he begins to slowly give in to the persuasive allure of Naphtian ideology. The recent rise of populist candidates and coalitions throughout Europe and the United States suggests that our own world is in the grips of a similar “moribund” fascination.

Remarkably, the long dialectic between Naphta and Settembrini, which occupies a significant portion of the book, often feels plagiarized from today’s headlines and discussions. While Settembrini champions verifiable truth, “facts,” and scientific knowledge (because truth is freedom, he says), Naphta (with very post-factual bravado) stresses that there is no such thing as “knowledge”: faith is the only vehicle to understanding. Whereas Settembrini, imitating many of today’s globalists, extols an idealistic union of secular, borderless, and liberal-democratic nations, Naphta insists that such a merger won’t work, because “the instinctive is entirely on the side of the national.” It’s easy to envision Putin nodding along to this line of reasoning. When Settembrini speaks of the courts and the rule of law, Naphta scoffs dismissively: the notion that a bourgeois court can ascertain God’s will is ridiculous, he says. Indeed, antichoicers will agree. And, perhaps, when Mike Pence does succeed in relegating Roe v. Wade to the “ash heap of history” (a very Naphtian turn of phrase), the first words to leap out of his mouth will be the equally Naphtian “It was all in love’s service!”

Later in their dispute, Settembrini suggests that education is a necessity of civilization and must be humanistic in essence. “Without education you cannot prevail before humanity,” he cries. But Naphta rolls his eyes: to the working classes, grammar schools, doctorate degrees, and the “whole mandarin educational system” is nothing but a joke, an anachronistic establishment filled with windbags. This certainly echoes the disdain that many on the populist right feel toward higher education, particularly here in the United States. When Settembrini, to instill horror, evokes a dystopic future in which common folk are all shrouded in “illiterate darkness,” Naphta shrugs his shoulders. “One would have to be … a verbal dandy,” he says, “to endow the disciplines of reading and writing with such exaggerated educational importance.”

Throughout these long disputes, Hans Castorp continues to ping-pong between his two mentors. He has trouble making up his mind. Which of these outlooks should he adopt? Like a child, he plays with each, leaning first toward one side, then the other, then back again. And it is especially telling that throughout his seven years in the sanatorium, Hans has a perpetual fever, which hovers around one hundred degrees—an indication that he lacks the objectivity and clarity of mind to see right from wrong. Judging by recent elections in Europe, the United States, and elsewhere, today’s world is equally feverish and indecisive.

Of course, all of this back and forth escalates to a break in civility that eventually culminates in bloodshed. The two men take up pistols and resolve to end their dispute with a duel. This is one of the most memorable scenes of the novel, and it comes near its finale, deliberately coinciding with the outbreak of the First World War.

It is useful to remember how great a schism the war represented for those who experienced it. In one gory cataclysm, the twentieth century was axed away from its nineteenth-century host. In light of this, the fourteen years leading up to the war were viewed, in retrospect, as a mere extension of a former status quo. In the novel’s prologue, Thomas Mann makes sure to emphasize the separation. These events took place long ago, he writes, but “the extraordinary pastness of our story results from its having taken place before a certain turning point, on the far side of a rift that has cut deeply through our lives and consciousness.” Likewise, the final confrontation between Settembrini and Naphta reiterates this epochal “rift.” The manner in which it is carried out, a gentlemanly duel, is an obvious vestige of nineteenth-century decorum, while the result—Settembrini forfeiting his turn to shoot as Naphta points the gun on himself—resonates with both the irrationalism and the liberal dominance of the twentieth century.

Our twenty-first century has yet to be fully born, but its contractions have already arrived. As it was a century ago, the eighteen years that have led us here—culturally, politically, and ideologically—have been simply a continuation of an older era. We are due, it appears, for yet another big rift. And it is this present-day struggle—the same duel between liberal globalists and far-right populists—that is butting (with increasing violence) to determine the course of our new age.

The more optimistic among us might insist that the Settembrinis of our day will prevail once more, restoring the world to its former “normality.” It is still too early to tell, but my gut tells me that neither vision is entirely relevant anymore. We will doubtless need a wholly different framework to address the specific uncertainties of our time. But the question still persists: how did we end up, after one hundred years, in more or less the same place? The answer to that might be more straightforward: as has always been the case, big, sustained inequities lead to big, seismic change. How (or if) we alleviate these inequities will set the tone for the next hundred years.