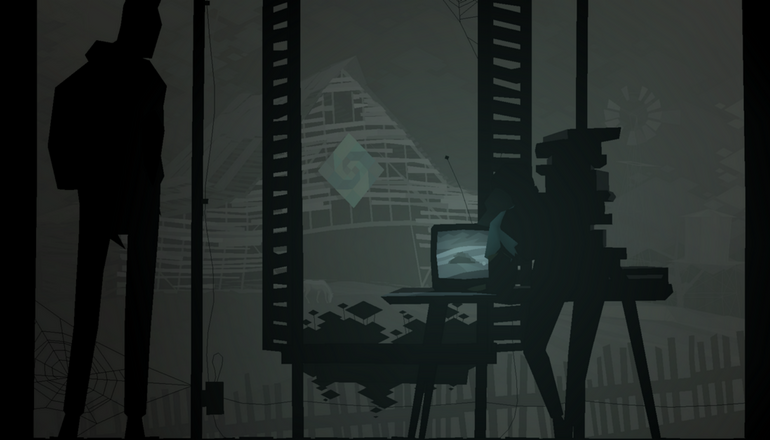 The longest drives of my life were the ones I took with my dad from our home in northern Vermont to my college in Houston, Texas. There could have been any easier way to get me there—maybe faster, maybe cheaper—but Dad had been a long-haul trucker before I was born, and there was something about the trance of the highway that hung in his blood, that made him go to it at any moment he could.

I hated those trips.

There’s a mythology that surrounds the American road trip—this way to grapple with the sheer space of crossing those distances in the United States. When Jack Kerouac wrote On the Road, he presented this idea of those roads being transformative, where highways stood as a lifeline, “The East of my youth and the West of my Future.” In Zen and the Art of Motorcycle Maintenance, the space in America was a meditative one. The sheer size of the country and the length of its roads meant time. Time to square away in your head—like astronauts passing through an alien space—to sort things and work through philosophical dialectics.

It’s easy to treat the spaces around these highways as empty. On those trips with my dad, cutting along the highway through Pennsylvania, Virginia, Alabama, and Louisiana, I would look out the window to see towns motionless and empty. Locked in our vehicles, speeding down the interstate, there’s a creeping sensation that we’re the only ones alive.

The game Kentucky Route Zero tries to confront this conception and uses that mobility of the road trip story to turn the narrative formula from an interior, internal story to one about exteriors. We often associate road trips as classic “Americana,” but Kentucky Route Zero tries to tell a road trip story about America by having us confront the real histories of the country, the people in it, and the people being hurt. In a time when the worst thing one can do is become isolated from the country they live in, Kentucky Route Zero pumps the brakes and looks at us to say something simple: “Get out of the car.”

This is why the game Kentucky Route Zero opens by having its main character, Conway, peel off from the I-65 through Kentucky and step out into a gas station. Conway is an aging antiques delivery driver making one last drop both for the antiques store and himself. When he steps out of his truck, however, he steps into a rural Kentucky that operates more like a magical realist play. The Kentucky of Kentucky Route Zero is in a way all Kentuckys—the ruins of a coal industry hangs heavy, art deco structures, but antenna TVs are antiques. There are computers and androids but no cell phones—there’s a sense that time periods exist in parallel layers because even ancient history sticks around as complicated ghosts, metaphorical or otherwise.

Equus Oils, the gas station, looks like it was cut out for a postcard. The storefront is built out from a giant, obsidian horse head whose eyes peel out towards the cliffside. The gas pumps are under the cover of an art deco, 1950s-styled slanted roof. The image is perfect from a distance, but once Conway steps out, talks to the owner sitting between the pumps in a Queen Anne chair, you learn that the power company instituted a rolling brownout. Go underground, to the maintenance space beneath the store, and you see that just under the surface is a tangle of cables and pipes, a winding staircase, too narrow hallways inside the outline of the horse’s body. Things and places are more complicated and messy than they appear from the windows of your car.

Along one road is a church. From outside Conway can hear the singing of a congregation, but the front doors are locked. He can find his way through the back, but once inside he sees nothing but empty pews. There is no congregation but only a looping cassette in a tape player with its volume turned all the way up. There are abandoned museums along these roads, office buildings overtaken by mold, and where all the monuments are these physical specters—the shadow remains of things that used to be here, and what might look normal and functional from the road are communities that have been bled into a ghost town. Things might look innocuous and fine from a distance, like a bronze statue in a public park, but when examined, reveal something far more symptomatic of a communal and historical illness.

The directions for the Zero culminate at an abandoned coal mine where Conway meets the game’s second protagonist, Shannon Marquez. The scene in the coal mine works like a facsimile of a Disney park ride or Splash Mountain. Shannon and Conway climb onto opposite ends of a minecart, following the track in hopes of an exit, and seeing along the way the props and decorations the miners put up for sign posting. A rowboat, a scarecrow, animal bones, and the further in the more the narrative of the “ride” becomes clear.

The people who worked in this mine all died. Shannon’s parents and all the other miners drowned in the dark because the mining company wanted more. All the workers, you learn, were forced to pay for basic safety features. They bought their canaries, their air filters, and safety gear from the company with a pseudo-currency. The electric power was partitioned, forcing the workers to decide what they needed to shut off to run everything else. The PA system? The lights? When an overworked miner cracked into the side of a lake, they did all that they could to stop the flooding. They brought out water pumps, but the electric system never had enough power. They turned off everything to try to save themselves, leaving them drowning, alone, in the dark.

Kentucky Route Zero reminds us that those real, wide-open spaces that arch out along the interstate are tangible and covered in scars. Places that we would push out of our mind and glaze over because it would be more convenient for the oppressors if we would forget about the victims buried beneath the surface.

You spend much of the game driving over this monochromatic, black-and-white road map. The only sound is the hum of your engine and your eyes as you start and stop, figuring out which line to follow where. Being in the car is isolating, it’s quiet, and from here it’s easy to believe that there are no signs of life. But much like during those actual drives, outside the truck door of Kentucky Route Zero is a country, and when we tell stories mythologizing a geography, that wide-open, untamed beauty of a landscape, we can’t forget the history.

There’s an office in Kentucky Route Zero, the Bureau of Reclaimed Spaces, where a bored office worker sits at a desk and determines which places will be taken over and how. Will this hospital become an auto dealership? Will this basketball court become a dog kennel or this cemetery, a distillery? Vulnerable places are easily paved over, and the history of the vulnerable displaced in the name of an alternate history. It’s moments like this, sitting at an office desk with a place reduced to an “approve or deny” description on a paper file, do we realize that there are too many ways possible for which we can engage with places.

Whether this is by passing by along the gentle bend of the highway, a paper form on a desk, or with feet on the ground, the question becomes not if we’ll engage with the very real places and history of our country but from which side.