Home
»
Uncategorized
»
Regarding Recognition: A Response to Michael Nye, With Gratitude 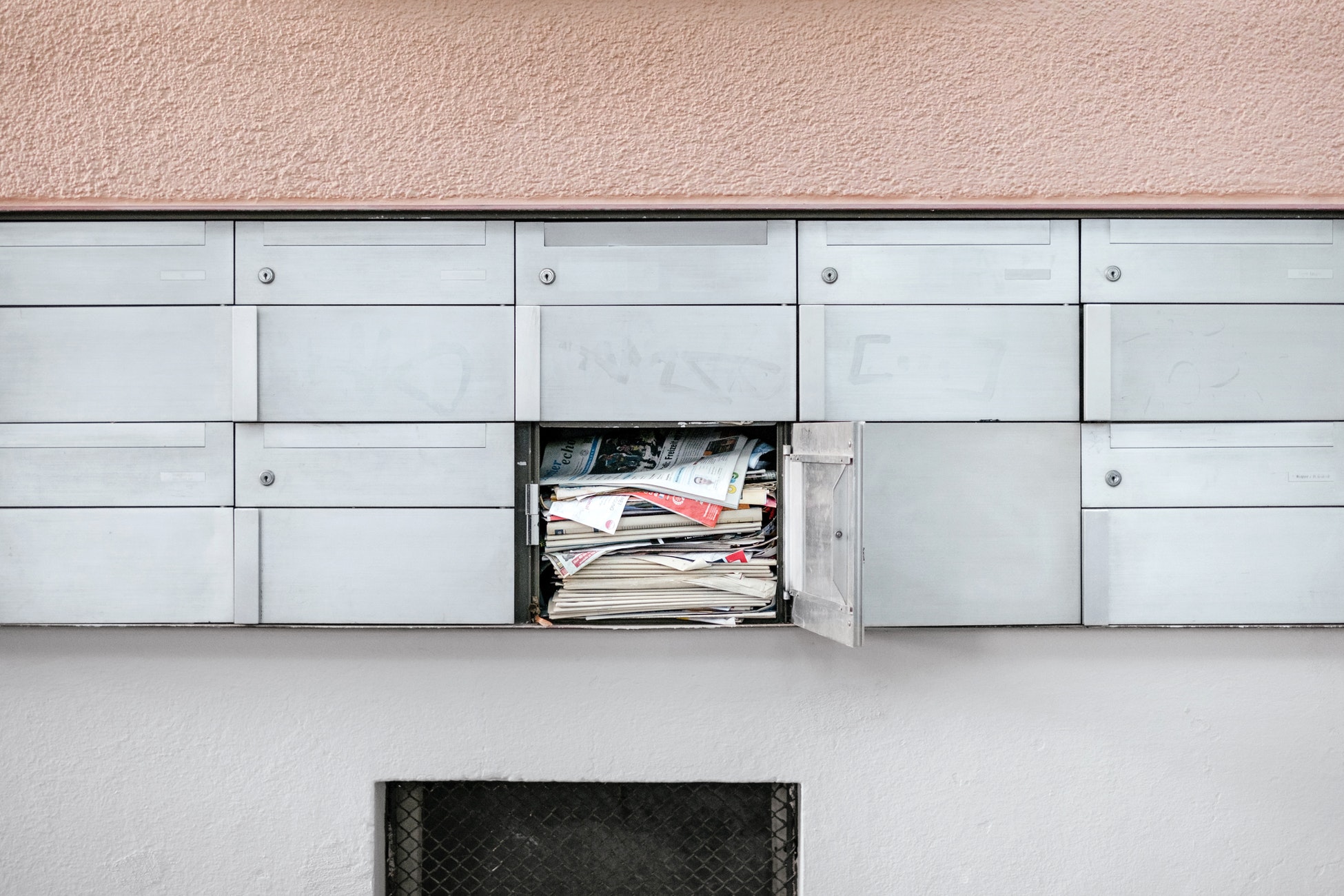 Last week you wrote a response to my piece “Why I’m Not On Twitter (Yet).” It was called An Open Letter to a Fellow Writer About Twitter, and it was one of the most honest and helpful letters anyone has ever written to me. Thank you. You’ve reminded me of some important truths. The bit about having already succeeded—of course you’re right. I remind myself often, and tell my children, that they are my first and most important story collection; the work that will matter most, at the end of things, when I’m old and feeble and perhaps no longer even remember my other work. And yes: selling a book is in itself an enormous success. An arrival. As you say, I’ve scaled the hill and planted my garden stake beneath the great flapping flags of the masters; fed the lake with my trickle (to invoke Jean Rhys).

And I love this: “Jamie, none of us are going to be famous. Selling a few extra copies won’t impress the big shots in New York. As for us writers, well, none of us really care about that. In the end, when you sit down and look at your work, the person that has to live with it is you. No one else will know what went into writing each story, each paragraph, each chapter. Not really. Only the writer knows that. No one else will appreciate that good, true, honest, devastating story. That’s why we write, I think. For the work, not for the recognition.”

I’ve printed out this quote and taped it above my desk. The words are a gift to me.

But there’s an assumption, above (I would assume the same, reading my piece) that my sole motivation for wanting to sign up for Twitter is the desire for fame/recognition. I confess that’s true. The desire for praise—I’ll call it ego—is part of what motivates me to do anything. Exercise, parent well, sit my butt down to write. As I said in another post, I’m a 3 on the Enneagram. A praise junkie. I’ll never escape it. If fame and recognition happen—if by some wild chance the collection is a commercial success—I certainly won’t complain.

So yes, I want my work to succeed (and what that means is a discussion unto itself). My anxiety about joining Twitter is, in part, fueled by this desire. But your letter started me thinking: what’s beneath that desire? I’ve heard people say things like, “I don’t care if anyone ever reads my work; I write for myself.” As you say: “That’s why we write, I think. For the work, not for the recognition.” Yes. There are days, blessed days, when I don’t care if I publish another thing. When I know—a deep, bone-marrow certainty—that none of it matters, as long as I keep showing up to do the work.

And then there are the other days.

When I first started sending out my stories en masse and was receiving literally dozens of rejection slips a month, I used to try to manufacture this devil-may-care attitude. It never fully worked. I just really wanted to publish something. I wondered if that made me a defective artist; if I was less a purist, somehow, than other writers.

Then I read about a panel Eudora Welty was on with novelist Reynolds Price. When someone in the audience shouted “Why do you publish,” Welty answered: “I publish for the same reason I want somebody to be on the other end of the phone when I talk into it.” That made sense to me. It still does. I want people to read my work because when the artifact I’ve created in solitude finally, finally reaches another soul, a circle closes. A proper end is met. There is an intrinsic rightness to publication. It isn’t a wholly mercenary desire. There are rewards that don’t taint motives. To paraphrase C.S. Lewis: We don’t call a man mercenary for wanting to marry the woman he loves; in his case, marriage is the love itself in consummation.

A responsive reader is the writer’s perfect lover. Reading is the act of writing in consummation, publication the necessary middleman.

A former classmate who didn’t want me to publish anything about a shared experience from the past—not just nonfiction, but also fiction and poetry, even with all identifying details changed—wrote to tell me that if I ever published anything she could recognize, even if no one else on the planet could, it would be a selfish and callous move. She wrote: “Writing and publishing are completely separate acts. What you write is your business; what you publish is another story.” In other words, I could draw from the experience and turn it into art only if I assented to the contract: You have the freedom to write about it, as long as you promise that no one else will ever read it.

I bought into the deal for over a year. Told myself what I terrible person I would be if I sent out any of the stories I was writing. And here’s what happened: when I let go of the idea of a potential reader—the notion that I was, in some sense, talking to someone; when the metaphorical phone line was left dangling, when I believed that any art I might wrest from the pain would never have an audience—the aesthetic energy left the work. The color drained from the page. What I was writing became personal journaling. A different mode and voice entirely. I keep a journal, and it’s important to me. But I don’t write the same way when I’m journaling. I don’t assume a listener.

Of course this raises the question of intentionality: If I’m trying to hurt someone with my work, I have no business publishing it. Though my guess is it wouldn’t get picked up anyhow. Editors are a smart bunch. They can see through prose that’s bitter. Revenge is an abortive motivator.

But I’m increasingly convinced that the acts of writing and publication are not so easily separated; that the call-and-response on either end of the writer/reader continuum may, in fact, be the defining aspect of a completed work of art.

Which, ironically, brings me back to Twitter. I cannot think of another medium in which the call/response, writer/reader connection is more apparent, or more immediate. One more reason it’s a struggle to stay away.

So far I’ve mentioned two motives beneath my desire for the book to find an audience (which precipitated my Twitter anxiety): 1) ego; and 2) to consummate the act of writing. But there’s a third reason. In my better moments I’m almost certain that the biggest thing I want, with the publication of this book, is to make back the advance from my publisher. My agent sold the book at auction—humbling, thrilling, terrifying. Such a vote of confidence! I want to make good on it. I want to feel whole about the money end of things. I want to do everything in my power to give back to Grove a modicum of what they’ve given me.

I know it’s rare, to make back an advance. It may be a naïve wish. I don’t know. I’m new to this. But it feels right, to want to break even.

The face of Grove, for me, is my editor, Elisabeth Schmitz. And she’s extraordinary. Patient, gracious, smart. Never—not once—has she or anyone else at Grove, my publicist included, pressured me to use any kind of social media platform to promote the book. They simply believe in the work itself. They’re passionate about literature and about promoting work that pushes boundaries. How could I not long, just as passionately, to make them proud? In my better moments, I don’t think this is about a dream of fame. Had I sold my book in my 20s, or even early 30s, it would have been almost entirely about ‘getting famous’—one of the gifts, I suppose, at least to me, of selling my first book in my middle years.

I also find the textual/visual, Twitter/Facebook dichotomy you mention a compelling argument for joining. I’m a textual person, too. I love pith. I love information. And—though I didn’t do a very good job of explaining this in my original essay—one of the reasons Twitter is a struggle for me is because it’s where the smart people hang out. Most of my closest writer friends are there. You guys are at the forefront of important moments, and movements, in the literary realm. The list of names you mention—Nick Moran, Roxane Gay, Nathan Bransford, Jane Friedman, Rebecca Schinsky, Ezra Klein, Maud Newton, David Gutowski, Cory Doctorow, Liz Heron—I mean, come on. I want to run with your crowd.

I had all four of my kids within five years. No twins. The first three came within three years. And all of this in my 20s! At 25, while my grad school friends were out late having fun, I was home nursing a newborn with one hand while reading a board book to a 16-month-old with the other. (Imagine the diapers.) How I wanted to run with the crowd!

My mom said: It’s not your season, Jamie. But take heart: there will be other seasons.

That’s what I tell myself, now. It’s not your season. There will be other seasons.

Though given my addictive tendencies, it may never be my season. I could raise my kids and send them off and finally start tweeting – and stop writing, exercising, paying attention to my husband, the dog, cats, etc.

For now: thank you for your letter. For telling me it’s okay not to tweet. For telling me I’m already a success. For engaging with me in a dialogue that’s important and of the moment, and doing it with grace and intelligence and an open mind.

And about my book: I’ll only sign it for you if you promise to do the same for me.

From your new friend, with gratitude,