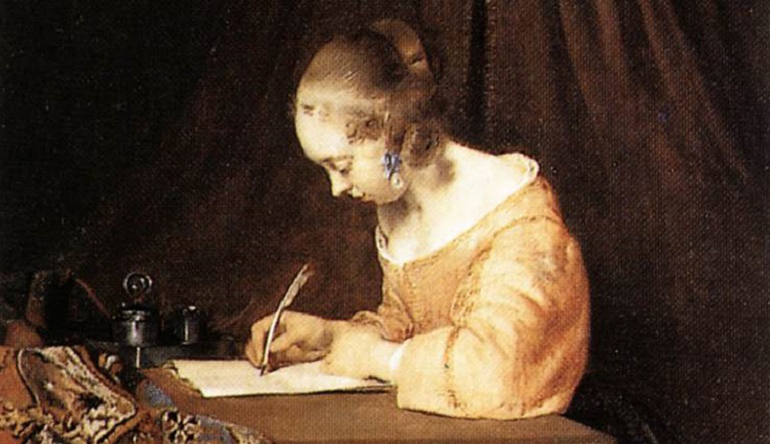 When Junot Díaz published “MFA vs. POC” in the New Yorker back in 2014, it exposed an issue that has been running deep within the MFA culture ever since its inception—namely, its whiteness. In his piece on the response to Díaz’s essay, David Mura further delved into the pervasive power of whiteness to constantly center itself in any narrative and any environment, so as to eclipse and erase certain voices, even in—I’d even say, especially in—a space dedicated to literature.

I won’t go back on the trite cliché that literature makes you a better, more open-minded, person (it probably doesn’t), or on the numerous, ceaseless debates on the role of politics within literature. Suffice to say that the injunction to view literature and politics (or more broadly, the social sphere) as two separate realms is a recent one. A quick look into the history of MFA programs will highlight how normative they’ve been since the very beginning: Eric Bennett’s Workshops of Empire forcefully traces the MFA’s history back to the Cold War and the US imperative to combat communist ideology, for example. Like it or not, MFAs, as programs that aim at the professionalization of writing, have always been the vehicle of cultural imperialism; the propensity to remove “ideology” from writing in order to improve the latter is thus basic hypocrisy.

This isn’t to say that writing workshops themselves are systematically normative. People have always been meeting up to talk about writing and think about craft outside of academia—they just didn’t receive any credits or a degree at the end. This isn’t to say either that MFA programs are evil and shouldn’t exist: there’s good work being done out there, and plenty of dedicated professors who do push students to understand how various power dynamics apply even to that particular environment, and to affirm marginalized voices. You’ve got exciting syllabi often going viral (as viral as they can go on the Literary Internet)—you know the kind, ones that feature only people of color, or only women, or only queer people, or a mix. These set up alternatives to the traditional reading lists crowned by the holy trinity of Hemingway, Faulkner, and Steinbeck. But is a new syllabus really all that it takes to truly make the space of the workshop a better place and to truly decenter whiteness or masculinity or heteronormativity?

Don’t get me wrong: I love reading those syllabi. They highlight how much of our literary history has been erased, how a great part of the construction of the “classics” or the “canon” is due to chance and power dynamics, and how amazing our contemporary literary scene is. But they can sometimes just lead to the creation of a new canon of marginalized voices, which in its own way perpetuates the exclusion of other voices that don’t conform to a certain model of subversion. Or they can simply be reassuring: if you run a workshop/MFA where you’ve talked about writers of color, and women writers, and queer writers, and disabled writers, and you’ve checked all the boxes of “marginalizations one needs to talk about,” then your job is done. Right?

But if our job, as conscious writers, is to dismantle normative structures, then can’t we start thinking about the very format of writing workshops, especially in MFA programs, and how certain modes of participation can reinforce the very power dynamics the content of the workshop purports to dismantle? By organizing and conducting workshops a certain way, which voices are we de facto excluding? Which ones are we centering disproportionately? Who is given authority, and who is seen as a threat to the harmony and stability of the workshop environment?

Concretely, this can translate to questions such as: to whom is access to the workshop literally restricted? Physically, how do people get there and what issues can that bring up? Is the space of the workshop accessible to people with physical disabilities? Is it located close to or far from public transportation? The online format is now flourishing, a testament to how technology and the internet can be used to foster creativity and bring together people who would otherwise be unaware of one another’s existence—and while it can help with accessibility, it also brings issues of its own. How do we negotiate mental health within the workshop? How do we make sure that no one takes up space intended for others, that no one speaks over other people? Do we call out or call in? In both cases, how? Who pays whom? Where does this money go? What kind of resources are provided to the people involved?

I just finished advising for a two-week online writing workshop centered on queerness and queer voices, organized by the literary magazine I work for, Winter Tangerine. This week, we’ll be carrying out a four-day workshop in NYC, open to all. In both cases, we’ve worked to construct a syllabus that decenters normative ways of thinking about poetry, writing, and the self in general. We’ve also worked to create a workshop environment that we hope feels radically inclusive, both online and in the classroom. Our workshops have advisors and students, with specific roles, but we constantly think about what kind of hierarchies we are setting up, and what each person involved can reclaim.

It’s not just what we’re teaching and learning in those spaces that matters, but also how we’re going about that process. This is obviously more difficult to apply within MFA spaces, as non-MFA workshops have more freedom in terms of structure and content, and yet it’s fundamental we think about how we can reclaim, as writers, our most normative spaces. People of color, queer people, women, poor people, disabled people shouldn’t have to fight to be included around the writing workshop table. The table and the room themselves need to be entirely remade—queered, decolonized, made truly accessible—in order to start engaging with power on our own terms.