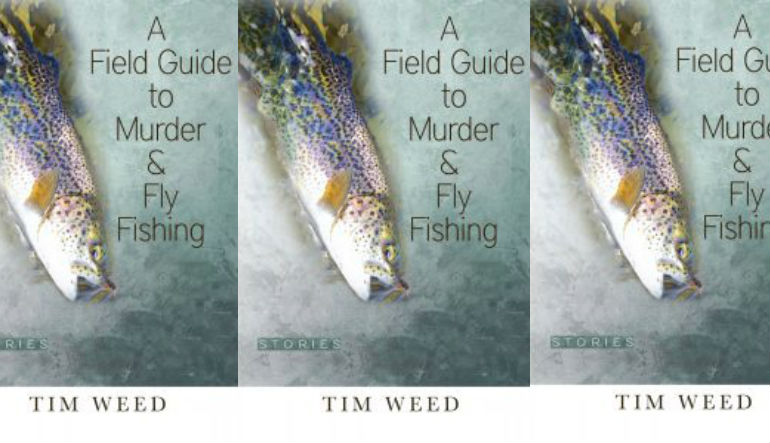 From the mountain lakes of the Colorado Rockies to cobbled streets of Spain, this fascinating collection of short stories by Vermont-based writer Tim Weed (Will Poole’s Island) never disappoints. The stories are more about choices than they are about fly fishing or murder, but time and again Weed’s vivid characters in these thirteen tales of dark adventure are forced to confront a vision of themselves—or others—that’s not quite as positive as they’d hoped.

In “Tower Eight,” two young men navigate the social mine field that is high school, finding an escape swimming at the local quarry and skiing New Hampshire’s pristine slopes. Their youthful sense of invincibility creates such a palpable sense of foreboding that any safe ending would only disappoint. Weed reminds us that the unthinkable is never far from our own experience. Just how narrowly do we each escape it, he seems to ask.

A young father in a Nantucket-based story also flirts with that line:

It occurred to him that his fly rod might not be the only loss that day. Perhaps he had succumbed too blithely to his primitive urge, which might have been something like the predatory instinct that drew a striper to a pinch of buck tail tied to a stainless steel hook. Only he had to admit that, in his case, the action hadn’t been quite so automatic. He’d known all along that het was making a choice, and taking a risk.

Much of the collection explores the way men navigate their early adult life, the infatuations, the friendships, the sense of belonging and not belonging. Protagonists try to discover who they really are. In the travel stories especially they seem to seek something elusive, irretrievably lost.

Weed is a featured expert on National Geographic Expeditions, and he evokes the sounds and smells of exotic locals—Cuba, Italy, Spain, and South America—as skillfully as he does of New England and the disappearing American West (“Six Feet Under the Prairie”).

The natural world features prominently throughout the collection, whether fishing (“Camp at Cutthroat Lake,” “Afternoon Client,” “Keepers”), hiking (“Dragon of Conchagua”) or following the Grateful Dead (“Steal your Face”). Weed delivers the tangible sense of place of someone who has spent time there. His characters embark on visceral, outdoorsy adventures and are acutely attuned to their natural surroundings—or tragically not.

Weed is a highly skilled writer. In “The Foreigner,” he explores a sort of magical realism that is a marked departure from some of the grittier tales. “Dragon of Conchagua” has a similarly otherworldly vibe, and “Mouth of the Tropics” calls forth a vision of the South American jungle as mysterious as Ann Patchett’s in State of Wonder.

Weed’s characters are masculine but vulnerable. In “The Money Pill,” a tour guide in Cuba is forced to see himself through others’ eyes and explores what it means to be a good person, and whether we can really know how our actions affect others. Often, they are surprised to find that their moral compasses are not fixed in place. It is as if they decide to follow magnetic north instead of true north only to discover that they’ve missed the pole by miles.

A Field Guide to Murder and Fly Fishing is a collection you’ll be happy to get lost in.