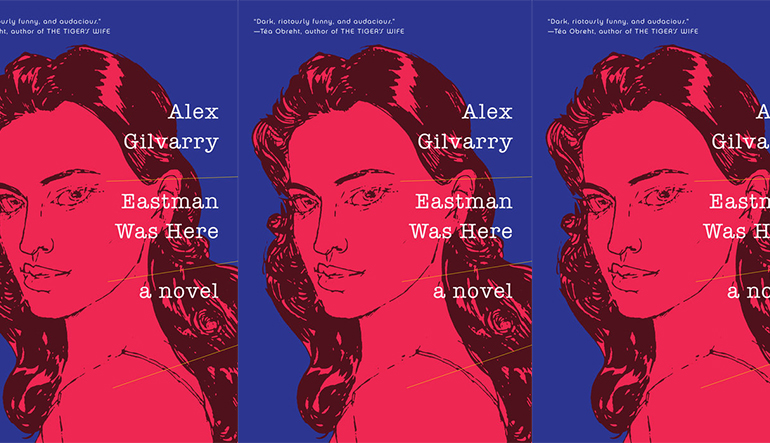 Alex Gilvarry’s 2012 debut, Memoirs of a Non-Enemy Combatant, was a refreshing consideration of racial profiling, the immigrant experience, Eurasian politics, and how we individually define the American dream. In his new novel, Eastman was Here, Gilvarry explores the other side of that experience. Rendered in a noticeably more direct prose style reminiscent of Paula Fox, Saul Bellow, or John Cheever, we follow Alan Eastman, a fading star in the public intellectual sphere, as he struggles to regain the love of his estranged wife, the attention of the American public, and a sense of his values as the turbulent 70s march forward. With a sharp sense of sympathy, Gilvarry carves out an existential journey for Eastman that takes him from a changing New York City to the heart of Vietnam in an effort to make peace with his past, and endeavor to make up for his mistakes in the third act of his life. While there’s a great focus on plot (Gilvarry really knows how to keep things moving), there’s also a sense of emotional growth wheedling its way up from underneath each psychic layer.

Starting with Eastman at rest, the novel takes an existential, and at times psychological approach to examining male literary power, and the destructive ego it can create. Throughout the novel, Gilvarry makes it clear that his greatest skills as a writer are conjuring sympathy, and clearing a path for his protagonist to earn it. We see Eastman put foot-in-mouth as if he were addicted to embarrassment, quarreling with the one editor still interested in his work, making a scene at a book store, trying to fight his wife’s new lover, and generally vacillating between pigheaded sexism and a sincere respect for women, both in America and in Vietnam. In one scene, while traipsing through Saigon with his quasi-love interest, Anne Channing, he matter-of-factly states:

I don’t read many books by women. I find that they don’t understand my perspective and so I shy away from their work. I’m ashamed of this. It just so happens that’s the way I read. I find women’s prose distracting…

What plays out from there errs on the side of cringe comedy, and in lesser hands that’s all it would be. Gilvarry, however, diligently follows Eastman, and in his ruminations, sympathy breaks through the veneer of white privilege.

It’s interesting enough that Gilvarry, an Asian-American writer, would choose to focus on a white male writer in the last days of true power for their ilk; but it’s even more curious that he’d opt to articulate that kind of psyche in a way that correlates to a fear of obsolescence and failure. This fear is realized at every stage, and from it, we see Eastman rendered truly vulnerable. During a heated interaction with his daughter regarding children, and her lack of interest in bearing them, Eastman storms out. Immediately after he leaves, Gilvarry writes, “He felt bad, instantly. She was developing her own philosophies, outlooks, opinions on the way to live her life. God bless her,” before dissecting and speculating on the root cause of his issue, bringing in everyone from his wife to his parents. While this attentiveness to what makes Eastman tick is admirable and well thought-out, we perhaps best come to know him after he witnesses a murder from his hotel window:

Eastman’s hand was covering his mouth. Still on his knees, he cowered behind the flower box on the terrace.

He’d never before witnessed a murder. Not when he was in the war. Not anywhere. He’d never seen a kid transform into a gunman, either.

Despite all his blustering, his obsession with masculinity and sex, in this moment Eastman is revealed to be cowardly. He peeks out over the top of the flower box after seeing a fire arm, and he fails to sprint into action after Tu Do Street becomes a crime scene. In so many ways, Eastman lives his life in an effort to maintain control of his image, but in this moment, Gilvarry shows us that Eastman falls very short of what he pretends to be.

In the moment, it’s Channing who Eastman spots sprinting toward the dead boy, snapping photographs, chasing a story. Here and throughout, the reader experiences a close-up of Vietnam through Channing, with Eastman mainly occupying space and struggling to accept his shortcomings as a husband, and his fading star as a writer. While it’s ultimately unfortunate that Channing wasn’t explored as deeply as Eastman, Gilvarry uses her as an envoy for exploring the politics of the war. After jumping through hoops to get an interview with a North Vietnamese soldier from Saigon, she’s met with reluctance by the young combatant, who’s too skittish and afraid to share the story he wants to. Frustrated but determined, Channing keeps following any lead she can sniff out, anything that will reveal what the war is really about. It’s this attitude that both attracts Eastman, and challenges his masculine pride. Through their interactions, Gilvarry makes it clear that Eastman comes from a time where men dominated their fields, and even if he respects Channing, he also recognizes that the world is changing in a way that will no longer cater to him simply because he’s male.

It’s ultimately difficult to say whether or not Alan Eastman genuinely grows as a character. After fighting and emotionally manipulating his wife to come back to him (despite his continuation of an old affair), he does seem to recognize that his way may not be the best way, going so far as to prepare for his separation. After seeing an article by Channing, he takes it upon himself to write a note of recommendation to an editor interested in working with her on a book. Despite this, it remains unclear as to whether Eastman recognized his flaws, or simply understood that he can’t fight the future, though Gilvarry’s closing lines strike a note of the former: “He folded Channing’s article along with his note into an envelope. Then he walked out his front door with a letter to post.”

Reading Eastman was Here is a pleasure, but those familiar with literary fiction might recognize similarities between it and Jonathan Safran Foer’s messy effort, Here I Am. Both deal with the trajectory of a failed marriage, a desperate, egotistical male writer, a country at war, and an attempt to find oneself by engaging with the struggle. Both are about acceptance of change, however hard won. Yet, Gilvarry manages to accomplish what Foer merely aspires to: a sense of revelation, however minor. In focusing on the interior life of a man in crisis, Gilvarry is able to speak to not just the plight of white intellectualism in the 60s, but to the beauty that can be found at the end of an existential crisis, at the end of middle age. His protagonist shines, even as he reluctantly fades into obscurity, allowing more daring writers to have a seat at the table.