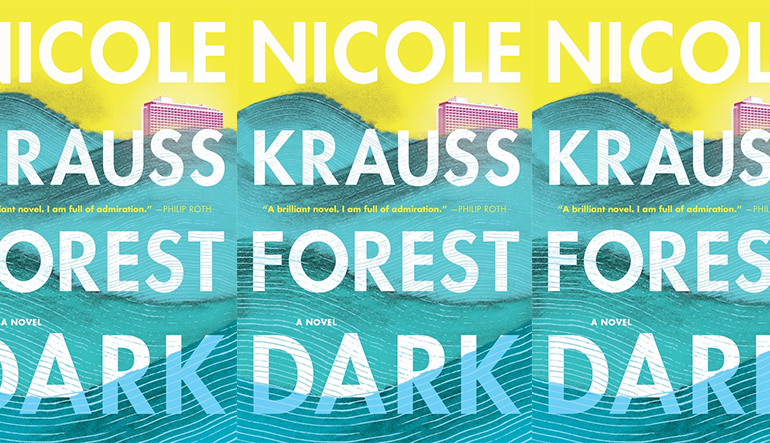 In February 2015, a small, easy-to-miss column appeared at the beginning of Elle magazine. Squeezed between advertisements, novelist Nicole Krauss wrote of her grandmother’s career as a door-to-door bra saleswoman in London from 1949 to 1954. Her grandmother wore a D cup and specialized in selling to “the big-busted,” but when the author walks into a lingerie store on Madison Avenue she is asked, “But really, why do you bother wearing one at all?”

The answer is “hard to justify: ‘I decided to be something different.’”

“I didn’t decide, couldn’t have decided; one doesn’t decide such things, and I’m all too aware of the danger of suggesting that our bodies are subject to our powers of self-invention, as other elements of our being are. And yet I feel I decided, because so much of what I remember about childhood was a willful deciding about what I would and wouldn’t be, and most of these decisions hinged on what was the less likely or expected way of being.”

Self-invention is at the heart of Nicole Krauss’s fourth and latest novel, Forest Dark, where two disparate characters question the identities they’ve created and attempt to construct new ones—sometimes consciously and sometimes not. Similar to her previous novel, Great House, Krauss balances multiple and nonlinear narratives to craft a thought-provoking and captivating book.

Jules Epstein is in his sixties. He recently lost his parents, recently divorced his wife of thirty years, recently retired from the law firm where he was a partner, and recently began unloading many of his material possessions. “Giving farther, giving faster, he began to bestow with the same ferocity with which he had once acquired.” Epstein seems to have caught the minimalism bug; “an irresistible longing for lightness” that his lawyer and executor of his estate calls “the disease of radical charity.” This “disease” takes Epstein to Israel with a “$2 million line of credit on his Fifth Avenue apartment” that he’ll use to set up a donation or gift in his parents’ names.

While Epstein’s narrative is written in third person, the parallel narrative is a first-person account of an unnamed novelist. Nearly forty, her marriage is strained and her writing has dried up, so she leaves her husband and children in Brooklyn to travel to the Tel Aviv Hilton, in the hopes of writing a book.

Israel becomes a kind of character in its own right, and the travels in Forest Dark allow Epstein and the unnamed novelist to explore parts of themselves, their identities, and existences that wouldn’t otherwise be confronted in Manhattan or Brooklyn. Much like The Diver’s Clothes Lie Empty by Vendela Vida or A Separation by Katie Kitamura, Forest Dark navigates both physical place and metaphysical experience—utilizing an outsider’s observances to speak to their own previously unquestioned existence.

When the sirens sound in Tel Aviv, the unnamed novelist observes, “Almost everyone around us had remained in place, too, either because they believed in the impenetrable dome above or because acknowledging the danger would also require acknowledging many other things that would make their lives less possible.”

Back at the Hilton, observing the collective denial of winter, she writes:

“And yet isn’t it true of all of us? That there are things we feel to be at the heart of our nature that are not borne out by the evidence around us, and so, to protect our delicate sense of integrity, we elect, however unconsciously, to see the world other than the way it really is? And sometimes it leads to transcendence, and sometimes it leads to the unconscionable.”

It’s hard not to think of recent current events in Krauss’s writings—of people choosing to disregard or refute facts that don’t align with how we feel.

For both narrators, there is a refusal to see things as they have been or currently are, and a tendency toward not wanting to know but to feel. Epstein craves “a thinking that didn’t already know its own point. A thinking without hope of achievement.” He doesn’t want to feel sure. Meanwhile the novelist contrasts herself to her husband, a man who “liked to say that he made it his business to know everything.” She craves the “impalpable” but also knows that, “Narrative may be unable to sustain formlessness.”

What to make of a novel that hinges on uncertainty and the intangible? The best way to describe Forest Dark is to turn back to its antecedent, Great House. In Krauss’s last novel, one of the narrators (also a novelist) remarks that there are certain books and songs they’ll never recommend to others, not because it’s embarrassing or because they don’t love it, but because it’s too sacred.

“Like most music that affects me deeply, I would never listen to it while others were around, just as I would not pass on a book that I especially loved to another. I am embarrassed to admit this, knowing that it reveals some essential lack or selfishness in my nature, and aware that it runs contrary to the instincts of most, […]. But rather than an expansion, I’ve always felt a diminishment of my own pleasure when I’ve invited someone else to take part in it, a rupture in the intimacy I felt with the work, an invasion of privacy.”

With Forest Dark, Krauss has written a book that one may keep to oneself—not because it’s embarrassing or because they don’t love it, but because it’s too sacred.