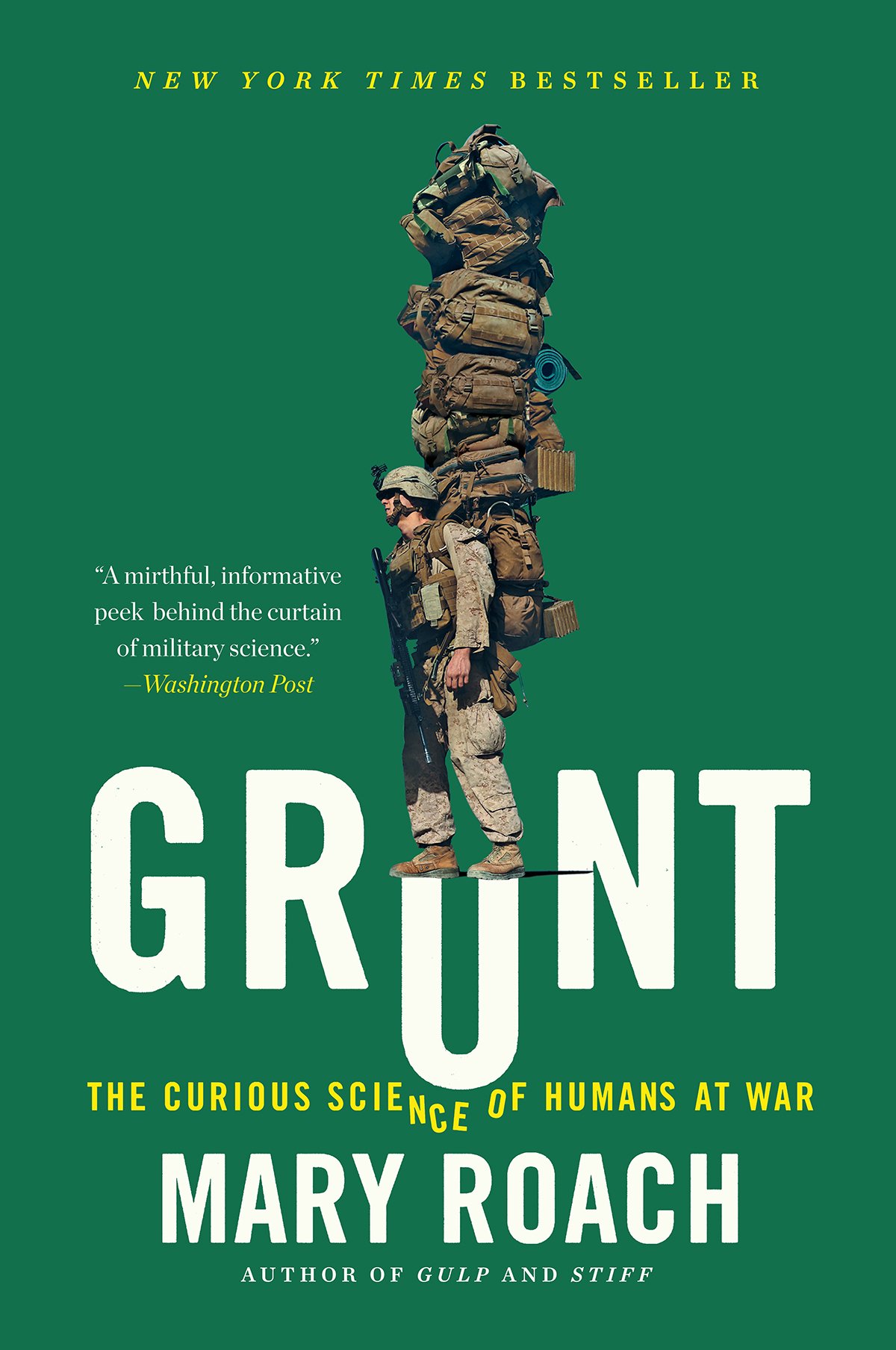 Those in the business of National Security classify diarrhea as a clear and present danger. It’s particularly hazardous for members of the U.S. Special forces, because diarrhea is an enemy from within that can attack without warning. I know this because I’ve read Mary Roach’s Grunt: The Curious Science of Humans at War, specifically, chapter eight (“Leaky SEALs”).

Grunt is a welcome addition to a canon that includes Stiff (2003), Bonk (2008), Gulp (2010) and Spook (2009).  Roach has a hands-on approach to subjects that include death, digestion, intercourse and the afterlife. With Grunt, Roach attempts to grasp another familiar topic: combat. However, this isn’t a book about weapons or tactics. Instead, it’s a thorough examination of the many ways science helps soldiers stay awake, stay uninfected and survive—on and off the battlefield.

Roach has an uncanny knack for distilling aggregates of material gleaned from her voluminous research into palatable sections for readers. Somehow she’s able to break it all down for the science-challenged reader, injecting snarky humor as she goes along. That’s no small feat, either. Roach displays insatiable curiosity through the book, and includes chapters examining how U.S. Army medics use maggots to help wounds heal, the unfortunate commonness of genital wounds in combat and genital transplants for the veterans. There’s also some investigation of stink bombs and the life in a submarine. It’s all explored judiciously by Roach, and—despite her perspicacity—she stays humble throughout Grunt, stating her authorial intentions early on:

People tend to think of military science as strategy and weapons…I’m interested in the part no one makes movies about—not the killing but the keeping alive.

Our writer is a, “goober with a flashlight, stumbling into corners and crannies.” This goober has trekked into rural Indian villages to study reincarnation in Spook and she’s peeked under the sheets to study sexual response in Bonk. In spite of it all, Roach is never grossed out nor fearful. There’s a world full of wonder out there, and there’s no time for prudishness. Grunt continues her life-long investigation of that fickle and beautiful thing we call the human body and nothing is off-limits. Roach begins each journey with a wide-eyed gaze into the quirky world ahead. By the end of Grunt, she’s rendered all the scientific rigmarole and military jargon into descriptions akin to something one of The Goonies could’ve penned.

At just a little over two-hundred pages, Grunt certainly covers a lot of ground. It left me wondering how much material Roach started with, and why—despite her disclaimer—she underrepresented a condition as devastating as PTSD. Then again, Roach prefers the maggot condition over the mental condition. As a scientist, she has to rely on what’s tangible and reliable. If she has to hold a stool sample or watch a squirming maggot, it’s par for the course.